This is not how you behave at the National Art Gallery

A visitor seen sitting on one of Haffendi Anuar's 'Member-Member' installation works, which are part of the Bakat Muda Sezaman (Young Contemporaries) exhibition at the National Art Gallery in KL.

When Leonardo Da Vinci’s Mona Lisa came to town with the Leonardo Opera Omnia exhibition at the National Art Gallery (NAG), tens of thousands flocked to see her - never mind that it was a digital reproduction, albeit a high-quality one. It is as close as you would ever get to the woman with the mysterious smile.

It was an exhibition that drew a record-breaking number of visitors since the gallery moved to its current address in 2000.

The show ended its one-month run on Aug 15 but it seems like the buzz has not quite died down; it has just moved to the other exhibitions at the NAG - and for all the wrong reasons.

The Bakat Muda Sezaman (Young Contemporaries) award show, now in its 25th year, has on display at the gallery all submissions by participating artists.

One installation piece was broken by visitors who ignored the barrier placed around the artwork, in their bid to get that perfect Instagram photo. Some visitors also stole thumbdrives from a video installation.

They crossed the line, quite literally.

In Mesita Jee Mei-Jane’s installation Meeting I, a rock tied with rope is suspended over a mirror placed on the floor. A visitor was compelled to clamber atop the mirror to pose for a picture. When called out online, she said that she was not aware that it was not allowed as there was no sign stating this, and other people were doing the same.

Meeting I seemed like a popular installation with shoe scuffs on the mirror, it was reported earlier. To think that there was a rope barrier to indicate that the public should not cross the line. 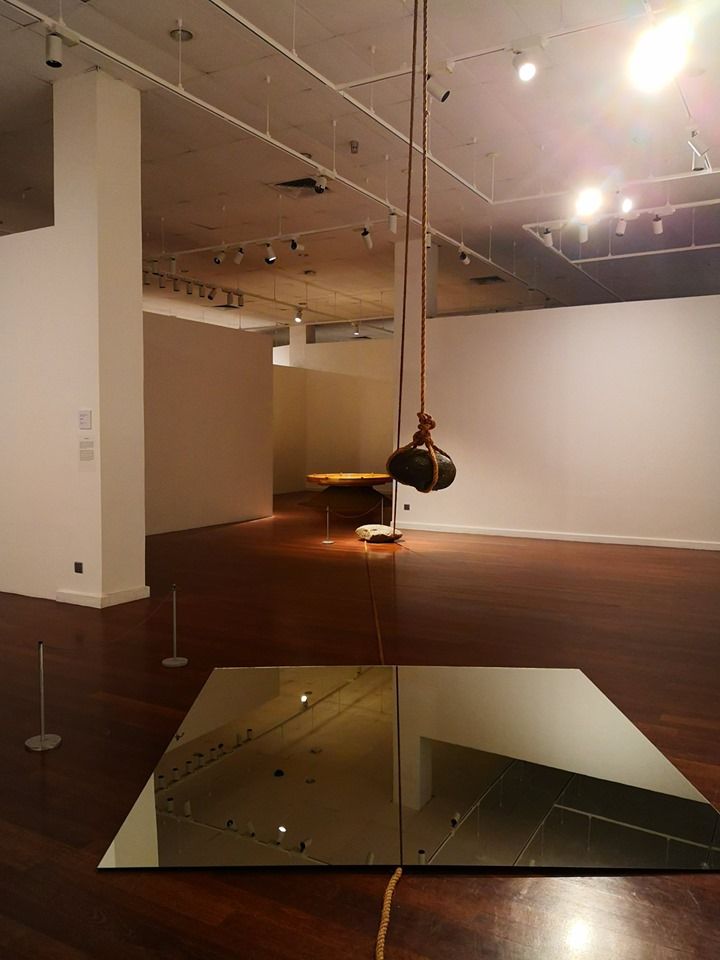 Mesita Jee Mei-Jane's installation work Meeting I (river stone, rope and mirror, 2019), which was damaged when the mirror broke on Aug 15. Visitors to the National Art Gallery had been stepping on the mirror and sitting on it to get the perfect Instagram photo. Photo: Dasein Academy of Art

The mirror is now broken, and it was certainly not the rock that did it.

As a young artist, what is Mesita's next course of action? It looks like the 20-year-old has to accept Bakat Muda Sezaman's competition terms and conditions, which state the organisers will not be responsible for any loss or damage to the artworks.

Another visitor placed hand and foot on the ladder in Samsudin Wahab’s Bakat Muda Sezaman-winning work Rambu-Rambu Memori, and yet another took one of Ho Mei Kei’s Pengenalan Diri framed works off the wall to get a shot of herself holding the artwork.

There are photos of people sitting on the Member-Member sculptures by Haffendi Anuar and squeezing their way into the middle of a cluster of stand fans in Muhamad Nizar Sulaiman’s Obey installation piece.

“I saw an uncle touching an oil on canvas work. After he walked away, a group of teenagers came to take a photo with the painting. One girl’s buttocks touched the painting, but she ignored me when I told her to take a step away from the work,” a social media user lamented.

“Where are the security guards and (gallery) invigilators?” questioned another user, in response to the mirror post. “How can the National Art Gallery allow such mistakes to happen?” 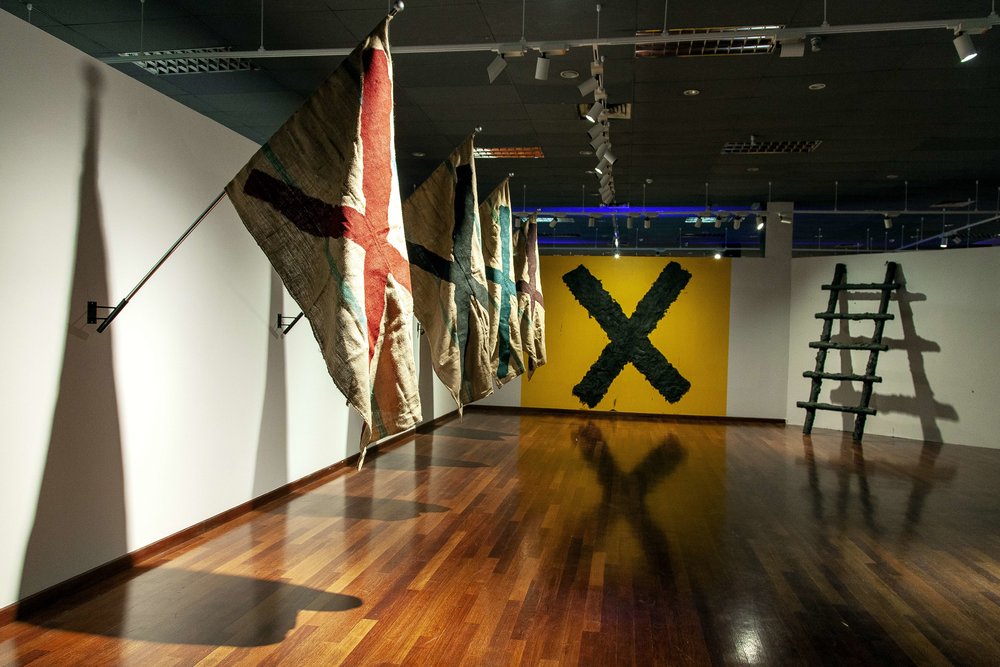 "There seems to be no sense of respect for the artwork. The Bakat Muda Sezaman show has been up since May, but the Leonardo show brought unprecedented numbers and the NAG team scrambled to attend to that. Honestly, I think they were not prepared for the surge in visitors. The KL Biennale will be held next year, can you imagine if this happens to the works then," another art enthusiast added.

In 2012, a man drove his fist through a Claude Monet masterpiece in the National Gallery Ireland and was sentenced to five years in prison.

The indiscriminate touching of artworks in the Bakat Muda Sezaman exhibition is surely more ignorance and negligence, over malicious intent. The rise in visitors to the National Art Gallery - post-Leonardo exhibition - is a welcome development, but education and awareness remains a challenge.

A rule to keep in mind: keep your hands off the artwork, unless it is specifically stated that it is an interactive piece.

The gallery should also consider upping the presence of gallery attendants and signages, so “I didn’t know I wasn’t supposed to touch it” can no longer be used as an excuse for bad behaviour.

At press time, the National Art Gallery has yet to issue a statement.

This is not how you behave at the National Art Gallery