Pangolins, the most trafficked mammal in the world, could go extinct

Close-up of a pangolin from the Johannesburg Wildlife Veterinary Hospital. The high demand for those scales is driving a burgeoning illegal trade, including in Malaysia. Photo: Filepic

Saturday was World Pangolin Day. But there wasn’t much to celebrate when just 10 days ago more than RM8mil worth of pangolins and their body parts and scales were discovered in a raid on a warehouse in Sabah.

Anti-wildlife trafficking authorities are warning of a global increase in the smuggling of this fully protected animal – all eight species of pangolins are now threatened with extinction.

Research by the Netherlands-based Wildlife Justice Commission (WJC) lists Hong Kong and China as the top hotspots for seizures of pangolin scales, recording 28.3 and 27.5 tonnes of seized scales respectively between 2014 and 2018.

In fact, the pangolin is now commonly referred to as the most trafficked mammal in the world, much in demand for its meat and scales, which are particularly valued. The scales are used as an ingredient in traditional Chinese medicine despite the lack of scientific proof that they have any effect at all.

“Sadly, this demand is driving transnational smuggling of pangolin scales to the extent that we see today,” the WJC report states, adding that, “The ability of pangolins to recover from this level of removal from the wild appears increasingly unlikely.”

“This increase indicates that the smuggling of pangolin scales is happening on a greater scale and is more organised, but also that the detection and reporting of smuggling may be improving,” the report notes.

The WJC tackles the illegal trade by gathering information, analysing threats and informing enforcement agencies. In April 2017, it launched “Operation Pluto”, which led to the seizure of 780kg of pangolin scales and the arrest of a prominent trader in September last year. 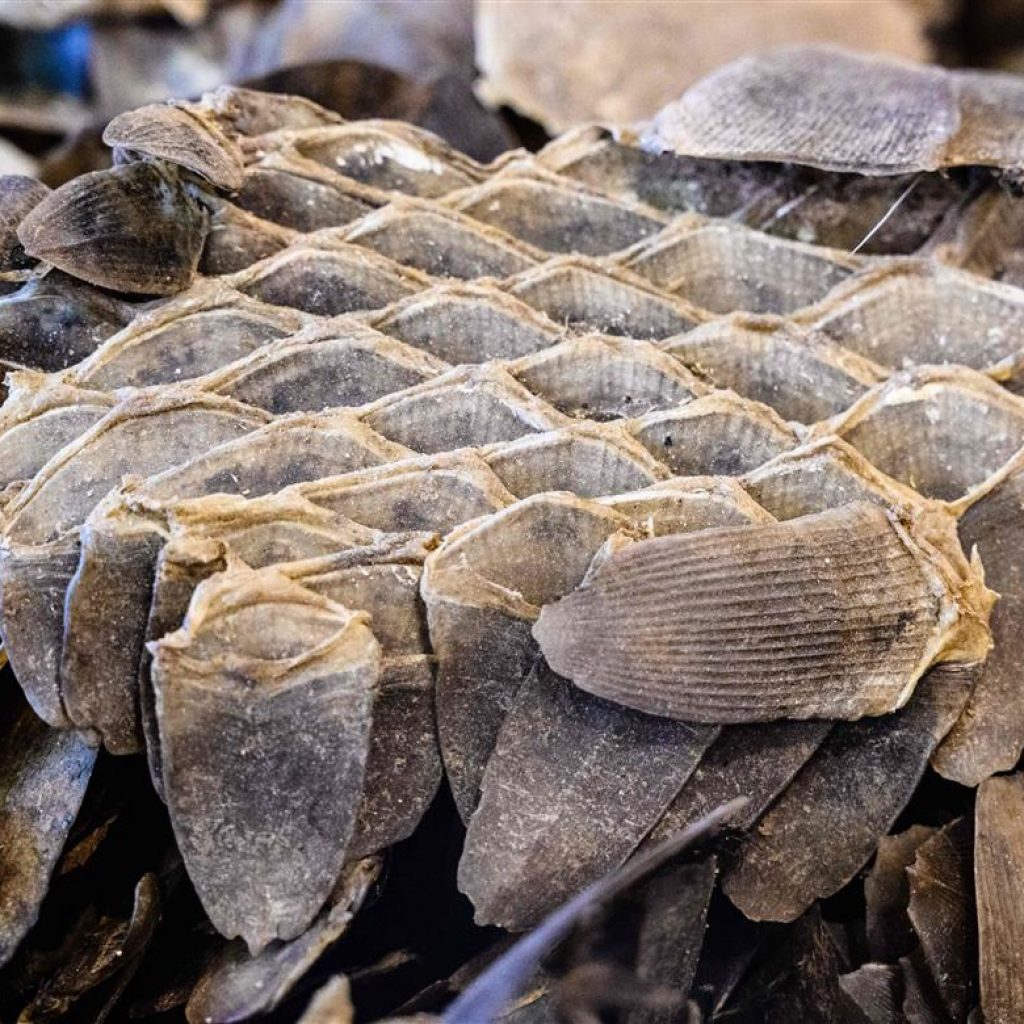 In Malaysia, the intelligence-led raid that resulted in that discovery of more than RM8mil worth of illegal parts and animals reinforces the extent of trafficking in this part of the world. In fact, according to wildlife trade monitor Traffic, Sabah has been implicated in over 40 tonnes of pangolin smuggling since August 2017.

Pangolins are now listed as fully protected animals under the Sabah Wildlife Conservation Enactment 1997, she reminds the public, so no one can serve the animal’s meat or sell their scales legally. Pangolin traffickers in Sabah face a fine of between RM50,000 and RM250,000 or a prison term of up to five years, or both.

Liew intends to bring the proposal for the sanctuary to the attention of the State Cabinet for a decision as soon as she possibly can; however, she adds that the process will take some time. 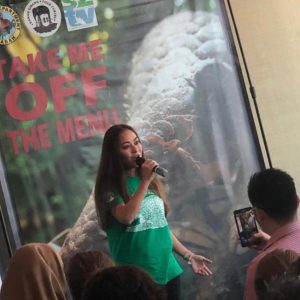 Maya Karin speaking during an event organised by Danau Girang in Kota Kinabalua on World Pangolin Day on Feb 16, 2019.

“We also need to finalise the issue of funding. Chan is very passionate and committed to ensuring that the sanctuary is set up, so this will be part of the issue that we will discuss further,” she says.

Meanwhile, Chan reiterated his commitment to the cause at a World Pangolin Day gala dinner in KK on Saturday.

“We have to condemn the poaching of pangolins with one, single, united voice. ...Pangolins are a critically endangered species, just one small step away from extinction. We have to put a programme together to save these animals.

“With proper technology and utilising big data, we can do it in two to three years,” Chan said in his speech.

Both Liew and Chan also commended local pangolin expert Elisa Panjang for her role in stemming the massive losses of these mammals. Panjang is with the Danau Girang Field Centre, a collaborative research and training facility managed by the Sabah Wildlife Department and Cardiff University and located in the Lower Kinabatangan Wildlife Sanctuary.

Danau Girang has recruited actress Maya Karin to the fight; she spoke about saving the anteaters at its event on Saturday at KK.

The actress pledged to make more people aware of the dangers faced by pangolins, focusing particularly on rural communities as well as her extensive Instagram and Twitter followers.

“I’m not an expert, I’m just learning about pangolins myself, but my role is to reach out and engage people,” she said during a question and answer session.

Pangolins , the most trafficked mammal in the world , could go extinct