In 1992, 15-year-old Lim Sae Min watched the Baz Luhrmann movie Strictly Ballroom and was blown away by the dancing and the music in the film.

Confident that he too could move like the protagonist in the movie – a dancer who struggles to win dancing championships because of his dance style which was not “strictly ballroom” – Lim told his mother that he wanted to learn ballroom dancing.

“She agreed, but urged me to wait until I finished my Form Three examination. Then, when I was in Form Four, she persuaded me to hold off until I’d finished the Sijil Pelajaran Malaysia (SPM) examination.

“It wasn’t till I was 19 and in college that I actually signed up for ballroom and Latin dance classes at the PJ Academy of Dancing, which was located in SS2 in Petaling Jaya at the time. I learnt ballroom and Latin dancing and later, line dancing. And I loved it,” says the Kuala Lumpur-born Lim, now 41, and the proud owner of his own dance studio where he teaches dance.

Lim looks every part the dancer – he moves with easy grace and through his loose-fitted black jersey pants and T-shirt, it’s obvious how strong, straight and worked out his body is.

“I was never the sporty type,” he explains. “And dance allowed me the opportunity to get a good workout indoors, in an air-conditioned space,” he says, with a laugh.

Lim Sae Min Lim was inspired to learn Ballroom dancing after watching Strictly Ballroom, when he was 15. Photo: The Star/Sia Hong Kiau

But dancing was always more than just a workout for Lim. In his early years as a dancer, Lim took part in various competitions ­­– starting with Latin dance championships and then ballroom and line dancing.

“Competitions are a good way to improve. Thinking back, I really don’t know how I managed my time. I was in my 20s and had to balance a full-time job which often required me to travel, teaching dance and training for competitions. I certainly couldn’t have done it without the support of my bosses and colleagues then, which enabled me to train and go away for competitions,” says Lim.

The competition circuit was demanding but Lim had the dedication and talent to stick to it for more than a decade before he decided to retire from competitive dancing and focus instead on teaching people “the joy of dance”.

“I remember the very first Latin dance competition I entered in 2000, where I unexpectedly won! I think I left a mark on the judges who were wondering who I was and where I came from. When I met them years after, they actually remembered me. That’s surely one of the highlights of my stint as a competition dancer,” shares Lim.

Seven years ago, Lim decided to leave the corporate world and the security of a full-time job to build a career in dance – not competing or performing so much as teaching.

“I was at a crossroads – the company I was with was going through a merger and I became jobless. I was offered another full-time job and I had to make a decision. I chose to take a leap and focus on dance,” says Lim, who was formerly in event management and marketing and communications.

The decision seems to have paid off. Lim now manages his studio, in Damansara Perdana, Selangor, where he teaches dance to students aged from four to 75. He is also a choreographer who is sought after, mostly by corporations and schools, for staging performances.

"When people see me dance, I want them to see how fun dancing can be and I hope that it encourages them to want to learn to move, too,"says Lim Sae Min. Photo: The Star/Sia Hong Kiau

“I believe that things happen for a reason, and that there is a time for everything. I think the turning point for me was when I started line dancing. Unlike ballroom or Latin dance, it allowed me the freedom to choose my own music and choreograph my own steps. It wasn’t so rigid, and I liked that freedom to express myself.

“For me, dancing is ultimately about having fun. When people see me dance, I want them to see how fun dancing can be and I hope that it encourages them to want to learn to move, too. I don’t want people to see me dancing and feel intimidated or feel that dancing is something out of their reach. That’s part of why I stopped competing,” he says.

The satisfaction in teaching, he says, is immeasurable and the “thank you” cards from former and current students that adorn the shelves in his studio attest to the joy that his classes have sparked in the lives of his students.

Lim believes that nobody is unteachable as long as they are open to learning and to new experiences.

“Anyone can dance. Give me 90 minutes and I can teach anyone to dance. Sure, you may forget your steps and you may come across others who dance better than you but if you give it your all, dance from the heart without being afraid to express yourself – anyone can dance and have fun. Dancing is, after all, just walking – but with rhythm,” he says. 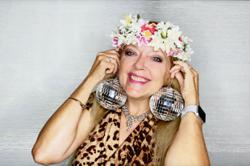 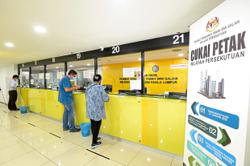 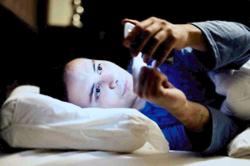 Sleeplessness can affect your heart