For the late Peter Ng Chau Chen, the book he was working on was meant to be a treasured collection of the best memories from his college days.

Unfortunately, he did not live to see it go to print. However, thanks to his son and a few college mates, Ng's time and effort did not go to waste.

Launched recently, Remembering The Golden Era, Technical College Kuala Lumpur 1940-1970 is a 280-page publication that pays fitting tribute to an alumni who have directly and indirectly been responsible for most of the major infrastructural developments in Malaysia and Singapore post independence.

And we are talking about iconic structures here, everything from Merdeka Stadium to the Muda Irrigation project in Kedah and the North-South Highway.

Major local construction companies in the country (including IJM and Gamuda) were also founded by some of the alumni.

The idea for the book first came about at the Class of 1966’s Golden Anniversary Reunion Dinner held in 2016. A committee was set up to handle the project but it did not take off.

Then alumnus Ng decided to take on the project himself, painstakingly collecting over 1,000 articles and photos. Unfortunately, he died last year, aged 74, before the book could see print.

His eldest son, Danny, found out about the book at his father’s funeral while talking to his father’s former college mate Tan Chai Tiam, who told him the project was very valuable to the alumni.

“The book was close to completion then, at 117 pages. I decided that I wanted to finish what my father started and committed to Uncle Tan that I would see it through with him,” says Danny, 45, when met at the launch of the book in Kuala Lumpur recently.

They then collaborated with two other Singapore-based alumni, Siow Keng Cheng and Young Pah Yin, to look at expanding the project.

A video about the book was produced, generating more interest and materials, including from alumni in Australia and Sabah and Sarawak.

“They shared their memories and recollections, as well as the work they did towards nation-building. So that started the second part of the book,” shares Danny, who is in the advertising line.

“What I realised was, my dad was part of something very big with the school, which produced the nation’s first generation of engineers, architects and technical cadets.

“If you look at our history, most of our towns have some projects designed or built by them.

“I felt really privileged to meet these people, who were behind building projects which are all very important to the country, and I’d like to tell their story,” he says.

Remembering The Golden Era is divided into two parts: The first is a collection of anecdotes and stories from alumni (including the “kidnapping” of two Hong Kong actresses by the college students!) while the second part details the nation-building aspects.

An old photo of a student, Yoon Shee Leng, working at a drawing board. Students got a thorough grounding at Technical College KL, doing three years of theory and one year of practical work.

It was officially launched by Koon Yew Yin, an alumnus and one of the founders of IJM Corporation and Gamuda who is now a financial investment expert and education philanthropist.

“This book certainly brings back many fond memories of the halcyon days of our youth spent at the Technical College. We learnt a lot, not just academically, but also how to fend for ourselves. We were all not from wealthy families so it was tough financially, but we persevered and progressed.

“I, for one, am indebted to my fellow alumni who eventually became my business partners, and I sincerely hope that sort of collaboration and cooperation will continue,” he says.

Koon enrolled in the college in 1953, studying civil engineering. He came from a poor family with 12 siblings but a Public Works Department (Jabatan Kerja Raya) scholarship covering his tuition fees and board afforded him a place at the college.

“The college gives you a very good grounding – three years of theory and one year of practical work. Since its inception, it has produced thousands of graduates responsible for various building and structures in the country,” says Koon, in an interview after the launch.

Koon struck out on his own not long after serving his government bond and started his own construction company, Mudajaya Construction, with fellow alumnus Koh Boon Chor.

Danny felt he needed to complete what his father started after realising how important the book was. Photos: The Star/Low Lay Phon

Koon says the book brings back many fond memories of his time spent at the Technical College.

Finding it difficult to compete with the big British firms that were still in control of the construction industry then, Koon merged his company with the companies of two other collegemates, Lim Yong Keat of Jurutama and Yap Lim Sen of IGB Construction, to establish IJM (the name comprises the first letter from the three company names, IGB, Jurutama and Mudajaya).

All three were the first directors of IJM, now a construction conglomerate with a market capitalisation of over RM12bil.

A chartered civil engineer, Koon, 85, was also one of the founders of Gamuda, one of the country’s largest infrastructure companies.

“My advice is you must go into business yourself and not just do technical things,” says Koon, adding that there are about 1,100 listed engineering companies in Malaysia but less than 10% are controlled by engineers.

Having been a scholarship recipient, Koon gives back to society by in turn giving out scholarships – he has so far given out over 300 to poor but deserving students to continue their tertiary education. He has also willed his remaining wealth to charity.

“No one can live forever. I am nearly 86 and in a few years, I will be gone. So, 12 years ago, I started to give away scholarships. I have been poor before and understand what poor students go through.

“I find that helping poor students is very effective because if a family has at least one child who is an engineer or accountant, he or she can help his or her family members and go on to do so many other things.

“My philosophy is when you get my scholarship, you don’t have to work for me or repay me but just remember that I helped you. So when you are financially stable, you should think of helping other students,” he says.

Danny certainly agrees with this view: “The legacy of the school for the country is for all to see but the legacy for a small family like mine is it provided the education for my siblings and me, which we value until today,” he says.

The book, he adds, also shows a perspective from which current education administrators could can take a leaf.

“It was a time when education was provided on merit. It showed the spirit of individuals who were young and had dreams but did not have the financial means to achieve them, but who went on to achieve great things in life. And the school provided the foundation for that,” he says, adding that Koon’s scholarships is a legacy of the school.

“I am hopeful that things are going to change for the better in Malaysia. A reflection of how times were back then would be a good way to move forward, when we saw each other as Malaysians and not as Chinese, Malay or Indian,” says Danny.

> The Technical College Kuala Lumpur began as the Treacher Technical School in 1904, named after Sir William Treacher, the resident-general at the time.

> The school was meant to produce technical assistants for the states of Peninsular Malaya, Singapore, the territories of Sarawak and North Borneo, and Brunei, in departments like railway, survey and public works.

> In 1941, it was proposed that the school be elevated to college status and a new campus was built on Gurney Road, now known as Jalan Semarak.

> From 1960, the college began upgrading its engineering courses to the degree level, offering opportunities to sit for professional examinations conducted by Britain’s Institution of Civil Engineers and Institution of Mechanical Engineers, and the Royal Institute of British Architects, as well as the British Royal Institute of Chartered Surveyors.

> Throughout the 1960s, the college became a popular institution for those aspiring to be engineers, a direct result of the shift in the newly independent Malayan government’s policy to focus on technology-oriented industries to develop the growing economy.

> In 1971, the government upgraded the college to university status, giving rise to the first technical university in Malaysia, Universiti Teknologi Malaysia.

Remembering The Golden Era, Technical College Kuala Lumpur 1940-1970 will be available for borrowing through the National Library, Universiti Teknologi Malaysia, and other universities, technical colleges and government departments. 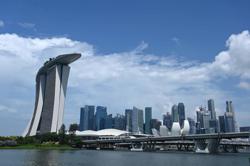