They are the first ones to wake up in the household and often, the last to go to bed. In between, they slave it out – cooking, cleaning, taking care of children and the elderly, grooming and walking pets, washing cars, gardening and attending to all other needs of the household.

These are the daily tasks of most domestic workers. They work hard and they work long, yet are disqualified from basic protections that workers enjoy: fixed working hours, leave days, medical coverage or even fair wages.

This lack of legal protection leaves domestic workers with virtually no rights; vulnerable to exploitation and abuse which human rights activists want the government to address immediately.

Failure to do this is likely to result in more fatalities. In January, Indonesian domestic worker Adelina Lisao died in Bukit Mertajam, Penang. Lisao is just one in a long list of domestic workers who have suffered at the hands of abusive employers.

“The main reason that abuse of domestic workers is so prevalent is the lack of legal protection for them. The Employment Act 1955, which purportedly protects the rights of domestic workers, doesn’t even recognise them as workers. They are classified as servants, maids and helpers and are excluded from key protections granted under the law for other workers.

“On top of that, their place of work – their employer’s home – is a private domain, hidden from public scrutiny or inspection by labour officers. Isolated and hidden, employers – not all, but many – feel they can exploit and subject their domestic workers to sustained abuse and torture, and get away with it. Sometimes this ends tragically in death, like it did for Adelina,” says executive director of Tenaganita, Glorene Dass. 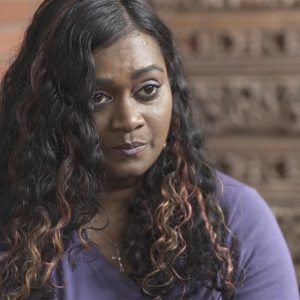 Dass: "The main reason that abuse of domestic workers is so prevalent is the lack of legal protection for them."

Lisao, 26, was abused by her employers within the confines of their home in Bukit Mertajam, Penang. When she was rescued she was lying on the porch with the family dog and she bore septic wounds on her body. A day later, she died of multiple organ failure.

“This isn’t an isolated case. It was highlighted because the media was present when Adelina was rescued, but there are many cases that go unreported,” asserts Dass.

From June to December last year, Tenaganita handled 120 cases of abuse among domestic workers, of which 82 were women and 38, men. This year, the women’s and labour rights group has had 29 new cases already.

“These workers don’t just experience one form of violation. They experience multiple, at least six, forms of abuse. Most have not received their wages for months or have had their salary deducted for accommodation, uniforms, food, leave or work permits; many are deprived of good food, have poor living and working conditions, have not had rest days for months or years, their passports are withheld and they are made to work long hours without overtime.

“And then there is verbal, physical and sexual abuse as well. So when we talk of interventions, these involve different policies, different laws and different stakeholders. They face complex and unique challenges compared with other workers which is why we need a separate law or at least amendments to current laws.

“The numbers may seem small compared to the more than 250,000 registered domestic workers in Malaysia but one case is already far too many. One death is one too many,” says Dass. 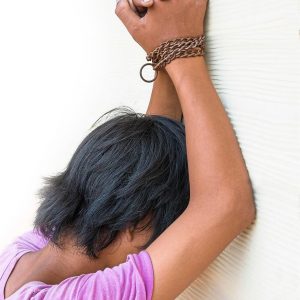 Because they work in homes, hidden from public scrutiny or inspection by labour officers, some employers feel they can exploit and subject their domestic workers to sustained abuse. Photo: 123rf

Equal rights for all

“Domestic workers are in a bind. The Employment Act doesn’t protect them and if they choose to get away from their abusive employers by running away, they are automatically declared as undocumented workers – this denies them access to justice. They are then criminalised and can be prosecuted under the Immigration Act. It seems like the authorities, enforcement agencies and even the judiciary continues to punish the victims who really are powerless.

“This is what we are trying to change,” says Dass.

Chairperson for the Bar Council’s Migrants, Refugees and Immigration Affairs Committee Datuk Seri M. Ramachelvam points out that the government had proposed Regulations for Domestic Workers in 2014 but as it has not been gazetted, there is still no legislation to protect domestic workers.

“It is also imperative that domestic workers have a standard and fair contract incorporating the rights according to these Regulations and the Employment Act 1955 that are subject to the relevant modifications based on the nature of domestic work,” he says.

Currently, although the Penal Code protects workers who were sexually or physically abused, cases typically drag on for months and most victims don’t want to go through the prolonged court process.

“To complicate matters further, migrant workers who file cases against their perpetrators are not allowed to work while their cases are ongoing. It’s frustrating and demotivating and most of the time, these women just would rather go home,” says Dass.

It is also an uphill battle trying to file cases under the Anti-Trafficking in Persons (Atip) Act, as enforcement officers don’t identify domestic workers as being trafficked.

“But for us, it’s very clear. They are trafficked. If you are working without wages for six months, have not been given a day off, have been cheated by recruiting agents, that qualifies as trafficking,” says Dass.

“There are guidelines and memorandums of understanding between countries that recommend measures to protect these workers. But these are not binding and we can’t hold people accountable based on these agreements.

“We need binding laws and we need to act now because this culture of violence and isolation against domestic workers is becoming the norm. We need laws that recognise them as workers, and make sure that they get a decent life, decent wages and decent work. What does this mean? That they work eight hours a day. They have a proper living space with a bed and so on. They have to have a rest day. They need three proper, full meals. They need to be paid. All this must be stipulated clearly,” says Dass.

She reckons that it has been a challenge trying to push the Bill because “it’s not about local women”.

“Maybe we don’t relate because these are migrant workers but we have to look at this as a human right’s issue. Just because they left their home country it doesn’t mean they have left their rights behind.

“Also, there are local women who do domestic work and who also do not enjoy the benefits of workers. This is a human issue. It’s a human rights’ issue,” emphasises Dass.

Just recently, members of the coalition met with minister in the Prime Minister’s department, Datuk Paul Low, and presented him with a draft of the Bill.

“We met with him three weeks ago and he said he would review the document. We also went to the Human Resources Ministry earlier and though they didn’t seem to want to enact a separate law, they are working towards formalising domestic work. We don’t disagree with this as long as domestic workers enjoy all the benefits of other workers and they include a separate clause that allows for inspections to be conducted in the private domain where they work,” says Dass.

“How can you improve the lives of domestic workers when you still class them as servants? There is no dignity, no respect,” says Dass.

As a sector, domestic work has grown significantly over the decades. According to statistics from the International Domestic Workers Federation, there were 67.1 million domestic workers globally in 2015, of whom 11.5 million were migrant domestic workers. 80% of these workers were women. 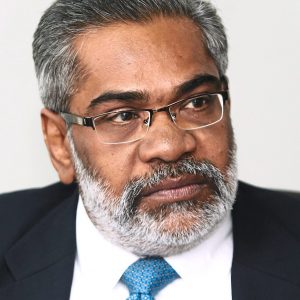 There is also a stigma attached to domestic work mainly because, says Dass, it is the poorest and neediest who are occupied in it.

“If you look at our history, domestic workers have always come from poor families with lesser privilege. These young women were not paid wages but were instead paid in kind – accommodation, food and so on. Their families were fine with the arrangement at the time.

“Nowadays, employers have paid between RM7,000 and RM15,000 to recruiters for their maids and some have the mindset that they have purchased the workers and therefore the girls are expected to do their bidding for little pay ... some of our workers are not paid for up to nine months. Isn’t that forced labour? It’s modern-day slavery,” she says.

Ramachelvam agrees, adding that domestic workers should not be treated as commodities but as human beings.

“They are human beings providing an invaluable service to us. They come away from home to our country to assist their own lives and lives of the family. They have families who depend on them back in their countries.

“The Malaysian Government should ratify and adopt the Convention 189 – Convention on Decent work for Domestic Workers which guarantees labour protections to domestic workers on par with other categories of workers while allowing considerable flexibility in implementations. This must become a reality,” he says.

“In our culture, women are expected to the housework. Our mothers do it, our wives do it and our daughters are expected to do it. So housework is not recognised as legitimate work. Children grow up thinking it’s ok to raise your hand to your domestic worker. It used to be wives but that is being highlighted as a crime now. And the law has to recognise this as a crime too. Only then can we change the mindset of people. Once the law has been changed, we can hold people accountable,” she says.