A sea turtle appears to have died due to an oil spill in Pulau Tioman in August. Lumps of tar were left on the beach to be cleaned by volunteers. - Reef Check Malaysia

The recent announcement by Datuk Seri Wan Junaidi Tuanku Jaafar, Minister of Natural Resources and Environment, of a new conservation law to protect coral reefs and marine life is to be strongly supported, according to marine conservation NGO Reef Check Malaysia.

This call is timely as Malaysia is facing increasing threats to its marine ecosystems. It is estimated that this country has some 4,000km2 of coral reef.

In the wake of the last mass coral bleaching event that devastated up to 10% of coral reefs in Malaysia, more stringent protection is most welcome.

Coral bleaching occurs when sea temperatures rise, believed to be a product of global warming. A similar coral bleaching event in Australia’s Great Barrier Reef in 2016 resulted in some 30% of reefs dying off.

Reef Check Malaysia’s 2016 survey data show that the average Live Coral Cover (LCC) of Malaysia stands at about 44% which is considered to be in “fair” condition.

Sewage In The Sea

However, the data also reveal that of 13% of sites surveyed, nearly one third of the reef is covered with algae, a sign of nutrient pollution from man-made sources – often poorly treated sewage.

There are other threats. For example, during 2017, lumps of black tar (tar balls) were found around Pulau Tioman, and had to be removed by local volunteers. (These tar balls are hardened crude oil believed to have been dumped by nearby passing ships.)

(Wan Junaidi recently said that with the new law in place, a more rigorous approach will be taken. So a person caught causing oil spills, though he has no intention of polluting the sea, would still be held responsible and liable to prosecution.)

The growing tourism industry, while an important source of jobs, can also be a threat if it is not controlled.

These are examples of problems that require immediate attention and more stringent legislation will certainly help.

The Minister’s call is also in line with Malaysia’s commitment to achieve the goals outlined in the Sustainable Development Goals (SDGs): that by 2020, at least 10% of coastal and marine areas are effectively managed; and that by 2025 there is a significant reduction in all kinds of pollution from land based activities.

This is definitely great news as we head into the year 2018 which coincides with International Year of the Reef as declared by United Nations.

It is Reef Check Malaysia’s hope that the law will include provisions that allow greater empowerment to locals on the ground, which is hoped will improve conservation and enforcement efforts.

RCM also hopes that the law will help to protect connected ecosystems, such as coral reefs and sea grass beds, as well as the “charismatic” species such as sharks, turtles, and whales.

This is a positive and progressive move by the Ministry and Reef Check Malaysia strongly supports it. 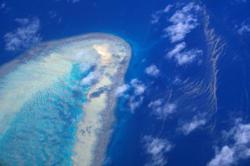 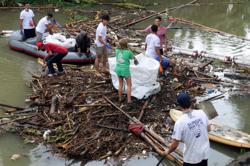