Wild elephants at Jeram Gajah, along the Muda River.

The Ulu Muda Forest Complex in Kedah is a critical water catchment area for the three northern states of Peninsular Malaysia. It provides 96% and 80% of the treated water used in Kedah and Penang respectively, and is crucial for agricultural, industrial, commercial and domestic use.

Untreated water irrigates rice fields in Kedah and Perlis while treated water is crucial for the Bayan Lepas and Kulim industrial zones in Penang and Kedah.

Stretching along rugged terrain from the Malaysian border with Yala, Thailand to Baling, north Perak, it is a huge area of 163,810ha or about twice the size of Singapore.

Ulu Muda is rich in biodiversity too. As a wildlife conservation haven, it is one of the last remaining large forested areas in Peninsular Malaysia that provides a habitat for wildlife like elephants, tapirs, spotted leopards, sun bears, 10 species of hornbills and, of course, our national symbol – the Malayan tiger.

Over the years, the water catchment area has been under threat from logging. In April, The Star exposed that large-scale logging is happening there and it’s officially sanctioned. Illegal logging adds to this problem.

Large scale logging at the Ulu Muda forests was exposed by The Star in April.

Ten environmental groups have pointed out that the water from these forests powers the growth of the electronics, heavy industry and tourism sectors in Kedah and Penang – attracting nearly RM32bil in total investments for the Kulim Hi-Tech Park and creating more than 30,000 high-income jobs.

The issue of logging in Ulu Muda has been ongoing for two decades. In 2003, the Federal Government agreed to pay Kedah RM100mil annually in exchange for not logging its forests, but this didn’t happen due to political changes in the state.

Wild elephants at Jeram Gajah, along the Muda River.

There are also concerns of illegal poaching of wildlife and harvesting of produce like agarwood or gaharu and rare plants.

“One of the challenges faced to save our forests is lack of funds,” said WWF-Malaysia’s executive director/CEO Datuk Dr Dionysius S.K. Sharma in an e-mail interview.

“Many people don’t realise that conservation is a costly endeavour. Though pricey, it is an essential investment for the growth of our nation.”

RM300,000 will be disbursed annually for three years to fund research on the economic benefits of Ulu Muda’s water catchments, biodiversity, inland fisheries and wild honey.

WWF-Malaysia intends to conduct a hydrological study to understand the effects of land-use changes in the forest towards Ulu Muda’s water supply services to farmers and town dwellers.

Funds will also be channelled towards increasing awareness of Ulu Muda’s function as an important water catchment for northern Peninsular Malaysia via engagement with the public and industrial consumers. 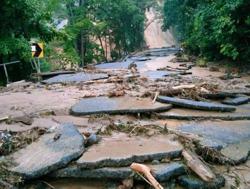