By DAVID TAN and WINNIE YEOH
The integrated transportation masterplan must tackle congestion in the city, routes from the city leading to the airport, and the Batu Ferringhi tourist belt, said Rehda Penang chairman Datuk Jerry Chan.

Penangites voice their opinions on the recently announced proposal to build a light rail transit system on the island.

With worsening traffic congestion in Penang caused in part by new property development projects, a majority of Penangites are giving the thumbs-up for the light rail transit project, recently announced as part of the integrated transport masterplan by the Penang state government.

Despite a softening property market, Kuala Lumpur and Penang-based developers will undertake projects that amount to RM4.56bil in Penang this year, a check with various developers shows.

Of this RM4.56bil, about RM2.7bil will be spent on the island, while the remaining RM1.86bil are devoted to residential and commercial projects planned in Seberang Prai.

Commenting on the integrated transport plan, Real Estate Housing Developers Association (REHDA) Penang chairman Datuk Jerry Chan said with new development projects planned both on the island and Seberang Prai, it was now crucial for the state government to improve the transport infrastructure to allow for economic expansion.

Chan said: “A lot of time would be wasted in traffic jams, when it could be better managed and spent. Eventually, investment and tourism in the state will be affected.”

Chan added that there must be an integrated transportation system planned to address the traffic woes on the island.

“The integrated transportation masterplan must tackle congestion in the city, routes from the city leading to the airport, and the Batu Ferringhi tourist belt.

“The connectivity between these three areas must be smoothened out,” he said.

Chan was commenting on one of the two key components of the transport masterplan, which is a 17.5-km LRT system linking Komtar in George Town and the Penang International Airport.

Some of the bodies expected to take part in a request for proposal (RFP) exercise soon to be tendered by the state government include the Scomi Group, WCT Holdings Berhad and Gamuda Berhad.

The two main public transport infrastructure projects of the integrated plan would involve the construction of an LRT system – estimated at RM4.5bil, and a link from Bayan Lepas to Tanjung Bungah.

In implementing the masterplan, Chan said the state government has the option to reclaim and auction off land in the Middle Bank and southern part of the island.

He said that if there were no Federal assistance to implement the LRT system, the only currency in Penang that could be used for financing the LRT system was its land bank.

“Ultimately the state government would have to use land in exchange for the LRT system and other infrastructure projects.

“The question is whether the land used for the exchange is on a fair value basis; more should not be given than what is necessary for what the state needs,” Chan added.

“Currently, all the Free Industrial Zone people face severe traffic problems daily, and this causes a loss of many productive hours.

“We have repeatedly asked for solutions to improve the conditions from our Government.

“We hope this LRT project will help to improve and reduce, if not eliminate, the current traffic headaches in and around many places in Penang island,” Heng said.

In June, Penang Local Government, Traffic Management and Flood Mitigation Committee chairman Chow Kon Yeow said during a press conference that the Penang government would call for a RFP in August for companies to bid to be the Project Delivery Partner (PDP) in the state’s Penang Transport Master Plan strategy.

According to Chow, the appointed PDP must be a reliable partner to guarantee delivery of the entire masterplan.

“They will have to oversee the completion of all the component projects with total costs estimated at almost RM27bil. The costs cover highway infrastructure, public transport and institutional costs,” Chow said during a press conference held last month.

Chow clarified that the PDP would not be working on the projects but would only act as a consultant to the state. 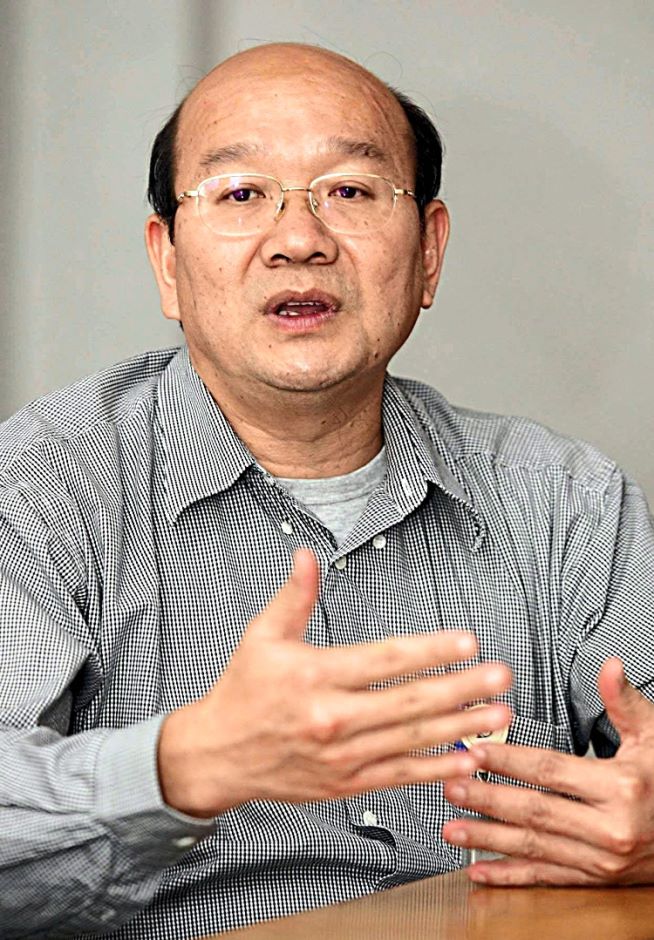 Frepenca president Heng Huck Lee said the association welcomed the proposal to construct an LRT system on the island.

“However, the PDP will be involved in the calling for tender process of the transport masterplan projects and will have to step in should the contractors fail to deliver, either to replace the contractors or to do it themselves under their own cost,” Chow added.

G Hotel general manager Michael Hanratty said the LRT project would definitely be a great way to boost the tourism and hospitality industry.

“Penang is growing at a fast pace and to ensure the state’s sustained growth, a well-planned transportation infrastructure is critical. 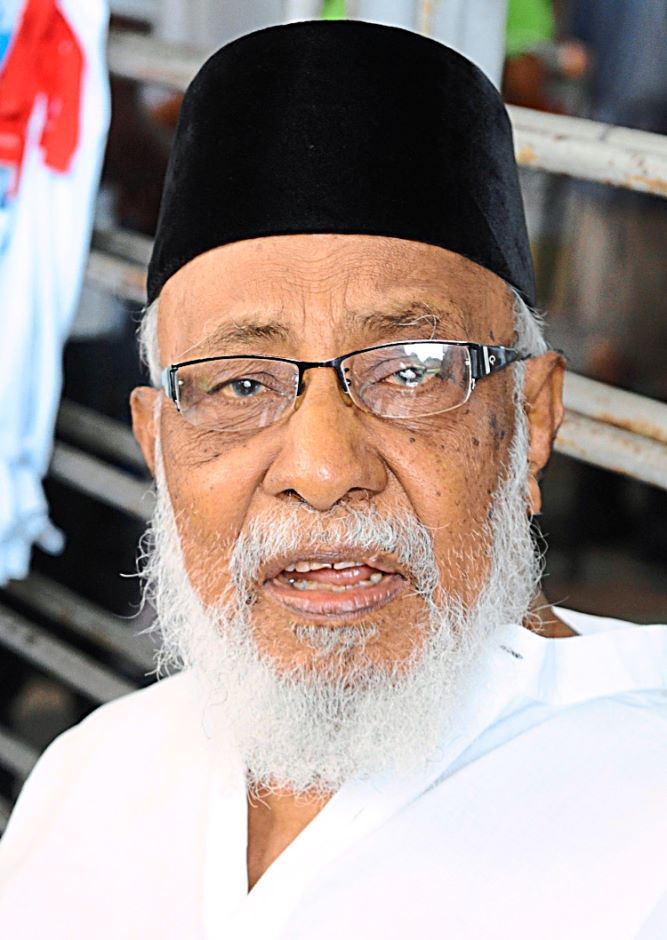 Consumers Association of Penang president SM Mohamed Idris called on the state to consider costs involved for the project and the option of employing bus rapid transit (BRT) instead.

“It will especially help connect G Hotel from north to the south of Penang island,” he said.

“Even for those in pursuit of leisure, it will be a quick way to avoid the traffic jams and the hassle of getting taxis.

“An island with an efficient transportation system will boost the economy and attract more visitors,” he said.

Meanwhile, Penang Citizens Chant Group (Chant) adviser Yan Lee said the LRT was good for Penang but it should be kept out of the heritage zone in George Town. 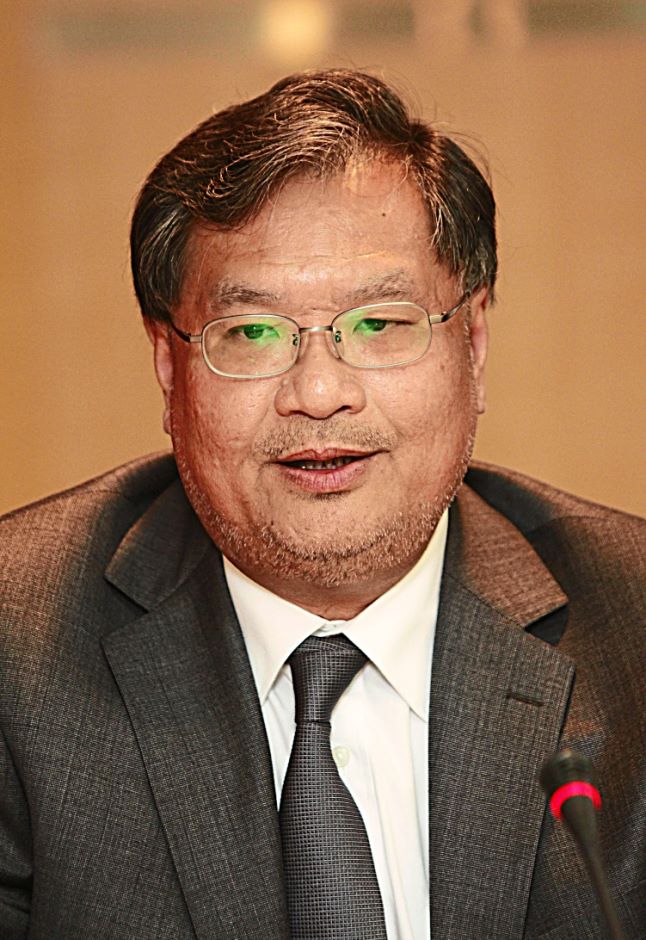 The integrated transportation masterplan must tackle congestion in the city, routes from the city leading to the airport, and the Batu Ferringhi tourist belt, said Rehda Penang chairman Datuk Jerry Chan.

He said that there must be adequate car-park lots at stations in the suburbs, so that LRT users could park their vehicles and take the LRT.

“The LRT connections need to be good, too. It is important to have the LRT system link the island and the mainland,” he said.

He also emphasised the need for the project to be done responsibly with proper approval and consultant studies.

“The state must not be afraid to have public consultation, and take into consideration their feedback,” Lee said.

As for the reclamation, Lee said apart from expert studies and appointment of experienced consultants, the state government had to ensure that the people would also benefit.

“Chant will provide the necessary check and balance for the state government,” he said.

However, Consumers Association of Penang (CAP) president SM Mohamed Idris called on the state to consider the cost involved for the project and the option of employing bus rapid transit (BRT).

“The BRT, with dedicated lanes for buses, has proven to be effective, and is a much cheaper alternative.

“As of now, the buses are not given priority,” Mohamed Idris said.

He said that BRT was much cheaper and easier to implement as the system could make use of existing roads.

“With the LRT, new land will need to be reclaimed and roads will have to be constructed. This will translate into higher cost.

“The BRT system has been implemented with success in India and Indonesia,” he said.

He added that the LRT was not a good idea, considering the cost, as well as ceding more land in exchange for the infrastructure development.

“In the long run, the land given up for the project will be much more valuable than the LRT system,” he felt, and added that CAP would be proposing the BRT to the State instead.

Meanwhile, Penangites find the daily traffic congestion to be a real nuisance and welcome the proposal for an LRT system.

“I stay in George Town. Although everything is nearby, I still find the traffic congestion a hassle, especially during peak hours,” said Queenie James, 20, who goes to school there.

Hong Bee Pin, 22, a sales associate, said it takes up to 40 minutes to return home from Queensbay Mall, where she works, to Gurney Drive during a bad jam.

“A new transport system such as an LRT system or other forms of infrastructure will be able to reduce travelling time and stop the number of vehicles on the road from increasing,” said Hong.

Fyone Lee, 22, sales associate, said she uses the Tun Dr Lim Chong Eu Expressway and Jalan Sultan Azlan Shah to travel to and back from work every day.

“A new rail system, such as the LRT, would be able to move people efficiently from place to place, so that will be a good idea. With petrol prices rising, I would not mind using public transport as it would help reduce my monthly expenses,” Lee said.

“It takes so long to get to where I need to go, and by the time I reach my destination, I feel so frustrated.

“The public transport system on the island has to be improved,” he said.

Another businessman, Azman, 36, said he was all for development and growth on the island.

“I cope with the increasingly bad traffic by avoiding critical areas such as the Tun Dr Lim Chong Eu Expressway during peak hours.

“Friday and public holiday traffic is a nightmare, especially near the Komtar area. I travel to Kuala Lumpur regularly for business and I find the LRT there so convenient.

“Having an LRT system here will elevate the island’s status to be on par with Kuala Lumpur and boost the state’s economic development.

He added: “It will also benefit our future generations for years to come.”