Is the confidentiality of a patient's personal information protected? Actress Angelina Jolie disclosed in an open editorial that she had a double mastectomy after genetic testing showed she had a high risk of getting breast cancer. — TNS

The Malaysian Medical Council (MMC), through its Code of Professional Conduct (Code), requires all registered doctors to protect the confidentiality of patients’ personal information.

The Medical Act provides that any allegation of breach of patient confidentiality shall be determined by the MMC in a disciplinary inquiry.

The doctor’s duty to protect patient confidentiality is not absolute.

Patient information can be disclosed if the patient consents, either implicitly for their own care or expressly for other purposes; it is required by law e.g. notification of an infectious disease; or if it is in the public interest.

The MMC’s Guidelines on Confidentiality states: “Personal information may be disclosed in the public interest, without the patient’s consent, and in exceptional cases where patients have withheld consent, where the benefits to an individual or to society of the disclosure outweigh the public and the patient’s interest in keeping the information confidential.

In all cases where a practitioner considers disclosing information without consent from the patient, the practitioner shall weigh the possible harm (both to the patient, and the overall trust between doctors and patients) against the benefits which are likely to arise from the release of information.”

The Personal Data Protection Act governs the protection of personal information in the private sector.

However, there is no law governing protection of personal information for the public sector including its healthcare facilities.

Concerns over the protection of patient privacy have been growing rapidly with the increasing use of technology in the health care delivery system.

The advent of Covid-19 has impacted significantly on this issue.The question about the kind of information that should be shared with the public and the extent to which government officials can use personal information without an individual’s permission have been addressed differently in different jurisdictions.

For example, the China government took an authoritarian approach when it did not obtain consent prior to using tracking data from mobile phones to identify suspected Covid-19 patients.

Other governments have adhered to their existing laws.

The public has a right to some information about the health of public figures whose decisions may have an impact on their lives.

It was in this context that Istana Negara announced the home quarantine of the Yang di-Pertuan Agong Al-Sultan Abdullah Ri’ayatuddin Al-Mustafa Billah Shah and the Raja Permaisuri Agong Tunku Hajah Azizah Aminah Maimunah Iskandariah earlier in the year when a palace staff tested positive for Covid-19.

Politicians like former United States President Donald Trump, British Prime Minister Boris Johnson and local ministers disclosed that they were Covid-19 positive and concomitantly advised those who had come into contact with them to get tested.

Likewise, actress Angelina Jolie disclosed in an open editorial to The New York Times that she had a preventative double mastectomy because she had the BRCA1 gene, which increases her risk of breast cancer.

This led to a global debate on her decision.

When a person’s medical condition is disclosed to the public, it may attract some comments.

A specialist who wrote an open letter to the prime minister, describing the conditions in a Sabah public hospital, mentioned the treatment provided to a public figure who was undergoing home quarantine.

This was acknowledged in a statement by a state official.

The doctor was pronounced to have breached patient confidentiality when the fact of the public figure’s condition was, prima facie, already in the public domain.

A complaint should have been made to the MMC which has the authority to make a determination on the allegation.

Many owners and operators of premises have made public announcements when Covid-19 positive cases have been found in their premises without identifying the affected person(s) concerned.

These practices constitute best practice in accordance with the corporate social responsibility of these organisations.

Such information is beneficial to the public who can make an informed decision whether to go to the premises.

Those who need to go to such premise or reside in them can be more vigilant, keep away from family members at increased risk for a period and/or take additional non-pharmaceutical measures.

If they have possible symptoms, earlier seeking of medical attention will be facilitated.

The Health Ministry has declined to name such premises ostensibly because it would stigmatise the premises and cause public alarm.

It is pertinent to note that the MMC’s Code and guidelines on confidentiality do not apply to the owners or operators of premises.

Will public safety be protected by such a policy?

Whose interest is being protected – the public’s or that of the owners and operators of such premises?

The public has a right to know which premise(s) has had positive case(s) and the choice to avoid them or otherwise is theirs.

How does the Health Ministry plan to alert those who frequent the affected premise(s) or those who reside in them?

The non-identification of such premise(s) would lead to unnecessary rumour-mongering and distress.

Speculation could also lead to the shunning of premises without any positive cases.

It appears that little credit is given to the public’s ability to handle the truth.

If Covid-19 is to be contained, public trust is critical.

Transparency is critical to the building of trust and the public’s buy-in to the public health measures.There is already a Covid-19 infodemic in which misinformation and disinformation spreads because of a lack of reliable data.

If information is withheld from the public, the public’s role in containing the virus will be hampered.

One should take cognisance of the Dalai Lama’s statement: “A lack of transparency results in distrust and a deep sense of insecurity” and Mahatma Gandhi’s statement that “Truth never damages a cause that is just.” 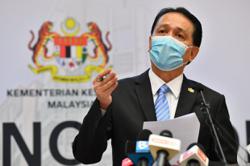 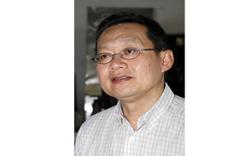 Here's how to handle your needle phobia
Four nutrition tips for 2021
16 tips to ensure you get a good night's rest
Psoriasis Is More Than Skin Deep
Covid-19 vaccines found to be effective against superspreading coronavirus
Forget about diets, just eat intuitively
When young children tell tall tales
Helping your kid deal with exam stress
When your kid just won't let you sleep
New normal practices mute the world for the hard of hearing