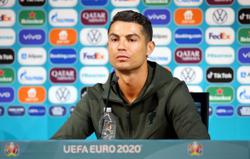 The imposition of a soft drink tax was more effective in lowering the sugar content of many soft drinks than voluntary efforts by beverage manufacturers in the UK. — AFP

The British government’s Soft Drinks Industry Levy (SDIL), introduced in April 2018 to help combat childhood obesity and related conditions like diabetes and heart disease, has resulted in soft drinks manufacturers in the United Kingdom lowering the sugar levels in their drinks, researchers have found.

The SDIL applies to drinks containing more than 5g of sugar per 100ml, but not to fruit juice, milk-based drinks, alcoholic drinks, or drinks from companies with sales of less than one million litres per year.

The changes in drink formulation brought about by the SDIL have been much greater than achieved by voluntary industry initiatives.

The researchers found that very few eligible drinks – just 15% – were still liable for the levy by February 2019.

Prior to the announcement of the levy, 52% of eligible drinks were liable for the tax.

Oxford’s Nuffield Department of Population Health associate professor Dr Peter Scarborough led the analysis, which is the first direct evaluation of the effects of the SDIL on drink formulation.

Sugary drinks taxes are a key measure recommended by the World Health Organization (WHO) to tackle the problem of obesity and related health conditions.

Assoc Prof Scarborough says that their new analysis, published recently in the journal Plos Medicine, shows that such fiscal interventions can be a useful and effective tool for improving the population’s diet.

“It is vital that public health interventions are evaluated using robust methods so that we can discover what is effective at preventing ill health.

“The levy is an important policy as it both reduces the sugar level of many drinks and increases the prices of high sugar drinks, helping the public to make healthier choices.

“These population approaches are important not only for preventing disease, but also for reducing health inequalities,” he said.

The researchers assessed a dataset of soft drinks available in UK supermarkets from September 2015 to February 2019.

Prior to the announcement of the SDIL, there was already a slight downward trend in the sugar content of drinks.

Assoc Prof Scarborough and his team compared the sugar content of drinks to that background trend, as a measure of how much the SDIL had affected drinks formulation.

After the announcement of the SDIL, the percentage of drinks liable for the levy began to reduce faster than the background trend.

For example, if the trend had continued, by February 2019, 49% of drinks would still have been eligible for the tax, rather than the 15% actually seen.

The biggest changes in drink formulation happened just before the implementation of the levy.

In the 100 days either side of the implementation date (Apr 6, 2018), 11% of the eligible drinks changed sugar content so that they were not liable for the tax.

Supermarkets had been reducing the sugar content of their own brand drinks before the SDIL was announced, so the changes were less dramatic than for branded drinks, when assessed separately.

Price analysis showed that, for branded drinks, around half of the levy was passed onto consumers in higher prices of drinks in the higher levy category after the introduction of the SDIL, while lower levy drinks reduced in price.

Assoc Prof Scarborough concluded: “This research provides robust evidence that taxes can be used to improve the healthiness of food, and that they have a bigger influence on the food industry than voluntary measures, such as the government’s public health responsibility deal, or other non-fiscal interventions such as food labelling.

“The levy is applied to a relatively small proportion of soft drinks, and policymakers should consider extending it to drinks that are currently exempt, such as milk-based drinks.”

Cambridge’s MRC Epidemiology Unit professor and SDIL evaluation chief investigator Dr Martin White said: “These are the first results from our independent evaluation of the SDIL and focus on the reformulation efforts of soft drinks companies.

“The findings suggest that the levy has been effective in prompting industry reformulation to reduce sugar content of many soft drinks.

“However, the marketing strategies of soft drinks manufacturers, compared to supermarkets, vary considerably, with differences in sugar content, sizes and prices of drinks as a result of the levy.

“Further research is looking at how these changes affect purchases and consumption of soft drinks and potential health impacts among the public, as well as impacts on businesses and the economy.

“These will be reported over the next year as they become available.”

Enlarging your breasts through surgery: What you need to know
When too much work ends up killing you Premium
Eating disorders can affect anyone, regardless of gender or size
Have you started procrastinating more during this pandemic?
Dealing with acne in your middle age (or older)
More tips on how to be progressive in private practice
Keep these in mind when you first start running
Covid-19: When vaccine envy and vaccine guilt strike
Waking early after sufficient sleep lowers depression risk
Tips on how to ensure the food you buy is safe