Symptoms like diarrhoea or bloody stools could be caused by IBD, something doctors need to keep in mind when seeing patients with these problems. — Photos: Filepic

The whole world is evolving faster than ever, with modernisation changing the way we communicate, live, learn and solve problems. One of the most obvious daily activities affected by rapid modernisation, even though we may not entirely realise it, is the way we eat.

Foods that are consumed every day may vary between individuals, and even during the course of one day for an individual. For example, in a single day, we may have a hearty Western breakfast, Malay cuisine for lunch, fusion fare for dinner and Indian grub for a late night supper.

Foods that were once foreign to our grandparents are now common fare for us. While enjoying different foods is certainly no sin, the problem comes when we consume too much processed foods, refined sugars, saturated fats and red meat – all common components of a modern-day diet.

There are a number of diseases that are associated with our modern diet, and one of them that has been appearing more frequently in this part of the world is inflammatory bowel disease (IBD).

Red meats, refined sugar, processed foods and saturated fats are among the known triggers that cause inflammation in the intestinal lining. Inflammation occurs when part of the body becomes red, swollen, hot and painful.

A simple example is when someone falls down and is injured – the process that occurs at the site of the injury is inflammation. The same process also occurs in our internal organs, like the intestines in IBD. When the intestine becomes inflamed, it will cause abdominal pain or discomfort.

Other symptoms that may occur include diarrhoea, bloody stools and loss of appetite, leading to unintentional weight loss. Because of the non-specific symptoms of IBD and the rarity of this disease in Malaysia, patients are normally treated for acute gastroenteritis or diagnosed as having irritable bowel syndrome (IBS).

IBD consists of either Crohn’s disease or ulcerative colitis, and is defined as a chronic disease affecting the gastrointestinal tract.

Processed foods like chicken nuggets aren't great for our health when eaten in excess.

Our GUT Research Group in Universiti Kebangsaan Malaysia (UKM) recently had a paper on the rising occurrence of IBD published in the BMC Public Health journal.

Only a few publications have documented this increasing trend of IBD over the last 40 years in South-East Asia. The Star has reported the rising occurrence of IBD, especially in the last decade, since the year 2000.

Based on data obtained since the early 1980s, the frequency of IBD has increased steadily, although it is still low compared to Western countries. In addition, a total of 413 IBD patients were observed over a 40-year duration and further analysed. More than half of the IBD patients were men.

Based on ethnicity, the highest occurrence was observed in Indians, followed by Malays and Chinese. A matter of concern is that this disease mostly affected the young and productive age group, with the average age of diagnosis for Crohn’s disease being 27 years old, and for ulcerative colitis, 41 years old.

An interesting finding in this study was that the majority of IBD patients have tertiary education. Although this study was performed at UKM Medical Centre, which is a tertiary hospital and might not reflect the true picture of Malaysian population, its findings are still worth considering.

Higher education status is related with higher socioeconomic status. Compliance to medication is thought to be better, the higher one’s education level. However, this is not always true.

Data published in 2001 in India and Canada showed a negative association between adherence to medication and higher education and socioeconomic status. Lack of awareness of IBD and its symptoms may contribute to a delay in diagnosis, leading to potentially preventable complications of the disease.

Colorectal cancer, in particular, is a dangerous complication for IBD patients, and this is especially important as it is the most common cancer among men in Malaysia.

If a patient has been suffering from IBD for a long period of time, it is necessary for him or her to go for screening for colorectal cancer (usually endoscopy). As IBD is still comparatively rare in Malaysia, research funding for this disease is still low.

Grant providers, including the government and industrial partners, should be informed about the importance of tackling this emerging disease.

More and more studies are required to study the environmental exposures that drive IBD, such as stress, lack of sleep, smoking, diet, certain medications and pollution, among others.

Is modernisation to blame for this rising trend of IBD? The truth is that this disease is complex. It requires a certain genetic predisposition that then interacts with environmental factors, leading to IBD. Therefore, sit back and enjoy the comforts of the current era, but do keep in mind to stay as healthy as you can.

Professor Dr Raja Affendi Raja Ali is a consultant gastroenterologist and UKM Faculty of Medicine dean and GUT Research Group leader. For more information, email starhealth@thestar.com.my. The information provided is for educational purposes only and should not be considered as medical advice. The Star does not give any warranty on accuracy, completeness, functionality, usefulness or other assurances as to the content appearing in this column. The Star disclaims all responsibility for any losses, damage to property or personal injury suffered directly or indirectly from reliance on such information. 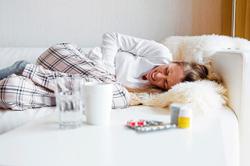 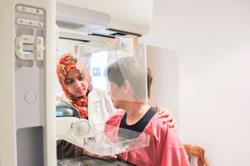 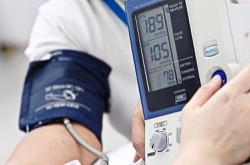