Eating healthily to prepare for fasting this Ramadan

It is easy to overindulge in food and drinks during the iftar meal after fasting the whole day, however, this is not healthy. — Bernama

Have you been seeing advertisements featuring elaborate evening feasts with mouth-watering dishes and vibrantly-coloured beverages everywhere of late?

For food-loving Malaysians, this is a sure sign that the Muslim holy month of Ramadan is fast approaching.

While there is a highly spiritual and humbling purpose to fasting during this month, it can sometimes seem as though the feasting during iftar (the breaking fast meal) has inadvertently become an important focus of this period.

It is certainly not an uncommon sight to see Malaysians with their plates piled high, especially in restaurants or hotel buffets, awaiting the azan of Maghrib prayer that signifies the end to the day’s fast.

No doubt, this behaviour is a reaction to having an empty stomach for an average of 14 hours, or for those who do not wake up in time for sahur (the pre-dawn meal before beginning the day’s fast), perhaps even as long as 19 or 20 hours.

However, overindulging in food, despite fasting the whole day, can lead to increased lethargy, digestion issues and unhealthy increase in weight.

The power of sahur

Dr Hamid stresses that it is important to have a proper, well-balanced sahur before starting the day’s fast during Ramadan. Photo: The Star/Low Lay Phon

There is a reason why the meal before daily fasting begins during Ramadan has a special name.

Having sahur, just like having breakfast on regular days, is essential to power up your body for the day, especially when you will not be eating or drinking anything else until evening.

Although many might prefer to sleep in, rather than getting up much earlier than usual to prepare and consume sahur, it is important to rehydrate your body and get enough energy to last you through the day.

However, it is equally important to ensure that your meal is a balanced and nutritious one.

According to Universiti Sains Malaysia (USM) Nutrition and Dietetics programme chairman Associate Professor Dr Hamid Jan Jan Mohamed, there is a common misconception that eating a large portion of rice during sahur will help you stay full while fasting during the day.

In fact, having a large amount of carbohydrates during breakfast will cause a spike in your blood glucose levels, which, if you are healthy, will then be rapidly

lowered by the body’s insulin hormones.

This is then followed by a so-called sugar crash, which will trigger the brain into thinking we need more glucose and activating our hunger hormones.

Says Dr Hamid Jan: “If I were to compare someone who had a very unhealthy meal that contains a lot of refined carbohydrates and sugar for sahur, to a person who had a balanced meal rich with proteins, fibres, low glycaemic (GI) index foods and water, the former would be more fatigued while fasting than the latter.”

As for those who prefer to skip sahur, he says: “This person would find it very gruelling while waiting for iftar.”

A person who skips sahur will likely experience a sugar crash when they are unable to eat for several hours (until iftar) after waking up, triggering hunger pangs that will remain with them throughout the day.

Dr Hamid explains: “Once our glucose level goes down, the brain will immediately detect the changes.

“When the brain senses a low and abnormal glucose level, it’ll send signals to the stomach to start filling up the empty space.

“Hunger switches on, satiety (the feeling of being full) switches off.

“Conversely, it’ll be the other way around when we are full – hunger switches off and satiety switches on.”

However, this does not mean we need to avoid carbohydrates completely during sahur – the key is to eat a balanced meal with all the important food groups as according to the Malaysian Food Pyramid.

“Malaysians are very attached to having rice on their plates, while forgetting to include protein.

“It creates an imbalance in our diet when protein is supposed to make up 30% of our diet.

“However, it also doesn’t mean that the rice shouldn’t be there,” says the Nutrition Society of Malaysia fellow, adding that fruits and vegetables are also essential components of a balanced diet.

Proteins like fish, chicken, eggs, tempe and soy stay longer in our body and will not trigger the brain’s hunger centre for a longer period, compared to carbohydrates.

Therefore, having a balanced protein-based sahur is the best option as it won’t elevate your glucose levels too high, thus decreasing those hunger pangs throughout the day.

There is an abundance of evening buffet spreads during Ramadan, as seen in this filepic, which can easily lead one into unhealthily overindulging in various foods after 14 hours of fasting.

Sahur doesn’t just revolve around food however, water is also of equal importance.

But does this mean we should chug two litres of water at one go with the hopes that we won’t feel thirsty the entire day?

Unfortunately, doing this will only mean having to go to the toilet more often.

According to Dr Hamid, the process of rehydration should start as soon as iftar begins, and ideally, continue throughout the night until sahur.

“The key is to constantly drink plain and unsweetened water one cup at a time, especially before sahur ends, as the body won’t be rehydrated for the next 14 hours,” says the Herbalife Nutrition Advisory Board member.

For those who like to drink coffee or tea for breakfast, you might have to limit your caffeine intake (yes, it’s in tea too) during Rama-dan, as both beverages have diuretic properties.

This means that either drink will make you urinate more frequently, and if you drink these beverages during sahur especially, this would mean that your body will be more likely to become dehydrated during the day.

Have a date, diabetics

Dates, as seen in this filepic, are packed full of sugar, and therefore, should not be overindulged in, even during Ramadan when they are a traditional food.

Fasting has been proven to have many health benefits, including promoting blood glucose control.

However, all these benefits will be lost if one overindulges in food while breaking fast, and this behaviour can be particularly dangerous for those with diabetes.

According to the results of a 2014 study published in the journal Diabetes & Metabolism, Dr Hamid says that diabetics should ideally break their fast with one glass of unsweetened tea or plain water, accompanied with one large date or three small ones.

Dates are a traditional part of iftar, being sunnah, or part of the Prophet Muhammad’s customary practises.

It is, however, very high in sugar, and thus, can cause a big sugar spike if consumed in excess.

Following this, Dr Hamid says that it is strongly recommended for diabetics to go for Maghrib prayer first, before having a proper iftar.

“After that, continue with a normal meal in smaller portions with some liquid, then take another break for the Isyak and terawih prayers.

“Then, have another smaller meal to wrap it up.”

He adds that while this is the recommended method for diabetics in order to better control their glucose levels, healthy Muslims can also follow this method for a healthier breaking of fast.

Says Dr Hamid: “If we binge-eat during iftar for all 29 days of Ramadan, then not only do we lose the benefits of fasting, but our insulin levels will also be skyrocket and flood into our blood vessels to cause damage.”

A regular human being only needs 2,000 calories a day, he explains.

“If a person consumes 2,500 calories instead, that extra 500 calories is ‘wasted’. Overeating can also be wastage,” he says.

So, remember to eat a balanced, regular-size meal during sahur and iftar, and drink small, regular amounts of water frequently, to ensure that you stay healthy and productive during this holy month.

Diabetics are encouraged to have just one cup or water or an unsweetened beverage with one large date or three small ones to break their fast, then go for Maghrib prayers before having a proper meal. Photo: Bernama
Article type: metered
User Type: anonymous web
User Status:
Campaign ID: 18
Cxense type: free
User access status: 3

Eating healthily to prepare for fasting this Ramadan 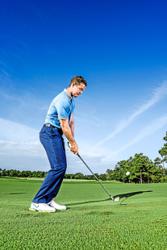