Lung cancer has the lowest average survival rate among all cancers in Malaysia. — 123rf.com

Data from the Malaysian Study on Cancer Survival (MyScan) recorded that lung cancer is the most “worrying” cancer among Malaysians.

The average survival rate is only 11%, the lowest among patients suffering from various types of cancer.

Lung cancer is the leading cause of cancer-related deaths worldwide, and kills more people than the other 3 leading cancers combined (breast, prostate and colorectal).

Non-small cell lung cancer (NSCLC) is the most common type of lung cancer, accounting for more than 85% of cases.

Anaplastic lymphoma kinase (ALK) is one of the known mutations that occur in NSCLC and is also known for its aggressive behaviour.

Every year, an estimated 75,000 people are diagnosed with ALK positive (ALK+) NSCLC worldwide.

Says consultant oncologist Dr Adlinda Alip: “Unlike other forms of lung cancer, ALK+ NSCLC is most commonly diagnosed in people with a light or non-smoking history.

“Women are also more likely to be diagnosed with this form of the disease than men and the patients also tend to be younger than most other NSCLC patients, with a median age of approximately 52 years.”

Roche (Malaysia) Sdn Bhd recently announced the approval of alectinib, a stand-alone drug taken by mouth, as initial or firstline treatment in Malaysia, for people with ALK+ metastatic NSCLC.

Alectinib is indicated for treatment of patients when the disease is advanced and has either not been treated before or has been treated with the current standard of care.

It specifically blocks the abnormal ALK protein that is responsible for the growth and spread of ALK+ NSCLC to other parts of the body and prevents the cancer from worsening.

“Drug resistance is a common occurrence for ALK+ NSCLC patients due to several reasons, including mutations in ALK.

“Patients develop resistance to the current standard of care (the reduction in effectiveness of a medication in treating a disease or condition), and nearly half see their tumours spread to the central nervous system (CNS) within one year of treatment.

“The recent clinical trials with data that point to the delay in the growth, spread and mutations of ALK+ NSCLC offers promising news to physicians and patients too,” said consultant oncologist Dr Tho Lye Mun.

A head-to-head study called Alex, between alectinib and the current standard of care (crizotinib) involving 303 people across 161 sites in 31 countries, was conducted.

In summary, the phase III study showed that alectinib, when given as initial (first-line) treatment, helped ALK+ NSCLC patients live significantly longer without their disease progressing.

This is because the drug was found to effectively treat the growth of ALK+ NSCLC tumours that spread to other parts of the body, including the brain and CNS.

The data presented at the 2018 American Society of Clinical Oncology Annual Meeting showed that alectinib demonstrated sustained benefit in the reduction of the risk of disease progression or death by 57% after two years of follow-up in people with living with ALK+ NSCLC.

The median progression-free survival (PFS) for people who received the drug more than tripled at 34.8 months.

In terms of its safety profile, the drug maintained a favourable tolerability, with adverse events found to be less frequent at 44.7% in its arm of the study.

The duration of response for people who received the drug was 33.3 months.

“Roche’s goal is to transform the standard of care with next generation inhibitors and today’s announcement offers great news for both physicians and patients living with ALK+ NSCLC.

“We are really excited by the clinical studies, which demonstrate alectinib's efficacy in extending patients’ lives without their cancer worsening. It has also reduced the risk of their cancer spreading to the brain.

“This data certainly supports the use of alectinib as a first line treatment for people who are newly diagnosed with this form of lung cancer and as a second line treatment for those who have not benefited from the current standard of care,” says Roche Malaysia managing director Lance Duan.

Alectinib has also been included in Roche’s Patient Assistance Program, which helps eligible patients access the Roche medicines they are prescribed by providing subsidies to reduce their overall treatment cost.

Alectinib is currently approved in more than 57 countries, including the United States, Europe, Japan and China. 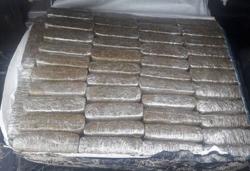 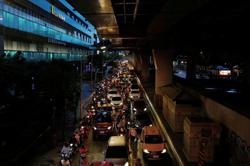