Adrienne Frank, who is recovering from her sixth oral cancer diagnosis in 11 years, was unable to go back to work after her sick leave expired and was subsequently fired by her employer. — TNS

Months after surgeons removed part of her jawbone due to cancer, Adrienne Frank was still recovering. She needed a feeding tube because she couldn’t eat, had trouble speaking and was suffering a lot of pain.

And more treatment was on the horizon: She had received her sixth oral cancer diagnosis in 11 years when doctors found that the cancer had spread to her soft palette.

But Frank’s 12-week employee medical leave, guaranteed by the same federal law that provides time off for parents of newborns, was about to end.

And Frank knew she couldn’t perform the administrative duties required of her job in higher education.

“I wanted to go back to work,” said Frank, 35. “I was begging them, please give me more time so I can get a handle on all this.”

Instead, she was fired. Frank lost her income and her health insurance.

She was stunned, but also saddened, she said in a recent interview. “I was more hurt, I think, to have someone say: We don’t care enough about you to help you through this.”

As cancer survival rates improve with advances in detection and treatment, advocates say workplace laws have not kept pace with the needs of patients and the demands of medical care.

Surgery can leave patients with short-term disabilities, while chemotherapy and radiation can produce side effects such as “chemo-brain”, a difficulty with concentration.

“The length of leave, 12 weeks, is not a lot for people with a lot of cancers,” said Ann Hodges, an emeritus professor at the University of Richmond School of Law.

It’s unclear how many cancer patients lose employment because they’re not ready to return to work. But studies show that just 40% are back at work within six months. After a year, it’s still just 62%.

Researchers have also found that loss of income due to illness is a major contributor to bankruptcy – and that cancer patients are more likely to declare bankruptcy.

Frank knows that some employers are very supportive of employees stricken by cancer. With a previous employer, she took three leaves and encountered no problems.

The manager at her previous job checked on her progress and offered support. The termination from her last job, in 2015, was so surprising “because of how accommodating and flexible my previous employer had been”.

Employers don’t want to terminate an employee with cancer, but the long-term absence of a worker can cut into profits or make it difficult for the organisation to function efficiently, said Kate Bischoff, an employment attorney and human resources consultant.

And most employers don’t want to hire a new employee to cover the absence just to have to let them go once a cancer patient recovers.

Employers “are often balancing the needs of the employee with the goals of the business”, said Bischoff. Some employers will try to soften the blow of a firing by offering a severance payment and several months of insurance coverage, she said.

Before Barb Rooney was diagnosed with breast cancer, she was a staffing coordinator at a Twin Cities hospital, a job that required her to schedule nurses to meet fast-changing care demands as patient loads changed.

“You have to be quick and piece it together,” said Rooney.

But chemotherapy made it difficult for her to return to work. When her leave ended, Rooney wanted to ease back into the job a few days a pay period, but her employer said she would have to work 32 hours a week.

Rooney, 61, had taken a computer-based assessment before and after cancer treatment, and she knew her thinking abilities had changed, making it difficult to perform her job duties. “There was a remarkable difference between what I could handle in putting test pieces together on the computer,” she said. “I started crying because I couldn’t do it.”

Rooney did not go back to work and lost her job. “It was devastating because I loved my job,” she said.

In a tight labour market, many employers have an incentive to keep employees on the job, especially because recruiting and training replacements is so costly, said Deb Krause, a vice president with the Minnesota Health Action Group, an organisation of employers that educates and advocates on health care issues.

“The reality today is more people live with cancer than die from cancer,” said Krause. “It does make sense for them to invest in their employees and to help them get back to work and to be healthy.”

More employers are investing in cancer detection and prevention efforts, for example, or helping workers get second opinions or treatment at centres of excellence. Some give time off to caregivers and offer voluntary critical-illness benefits that help pay bills, Krause said.

Many cancer patients who need extended leaves turn to the Americans with Disabilities Act (ADA), which bars employers from discriminating against people with disabilities, including cancer.

But the ADA, as traditionally interpreted, does not guarantee extended medical leaves: Employers can deny an employee request that creates an “undue hardship” on business operations.

Employees can challenge denials in court, but that usually requires hiring an attorney at a time when the patient’s financial resources are already drained.

In addition, a federal appeals court for the Seventh Circuit recently ruled that the law does not support multi-month leaves. Although the ruling applies only in states in that circuit, which includes Wisconsin, Illinois and Indiana, attorneys fear it could peel back protections nationwide.

One local resource, Cancer Legal Care, provides free legal advice to patients who need help with employment issues, wills, guardianships and other matters that face cancer patients and their families.

“People don’t want to go onto disability. They want to keep working if it is at all possible,” said Lindy Yokanovich, founder and executive director of the organisation, said “They are terrified of losing their jobs because with that is losing their health insurance.”

Yokanovich said workers seeking extended leaves under the ADA should offer their employers as many “reasonable accommodations” as possible, such as part-time work, a job switch or telecommuting to minimise any undue hardship for the employer.

“It is going to be harder for that to look like it is a burden for the employer ... when the employee proposes several work-arounds,” she said.

Frank says she opted not to take her employer to court under the ADA. “People shouldn’t have to be faced with how do I find a lawyer, how do I fight this,” she said. “We are putting all this extra stress on the cancer patient.”

Eventually she applied for Medical Assistance to pay for her treatment and recovery. She also qualified for Social Security Disability.

Today she is “thrilled” to be cancer-free. She works as an independent contractor on a limited basis.

“It feels great. It is wonderful to use my brain again and to get out and feel like I am contributing.” – Star Tribune (Minneapolis)/Tribune News Service 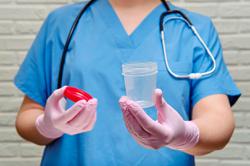 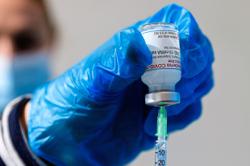