Losing your hearing overnight without warning ‘Anyone can get it. There is no predisposing factor to say that you belong to a group that would get SHL’ says Dr Kuljit. — LOW LAY PHON/The Star

August 2, 2014, was just another ordinary day for J Jay. She woke up with all her senses intact, but after breakfast, she felt a window slam shut in one ear.

She thought it was a case of a blocked ear, but it was soon replaced with annoying loud sounds of huge waves, aeroplane engines and murmurings.

When her hearing didn’t return after a few days, Jay went to the doctor, only to be told she had “beautiful ear drums”.

He did a hearing test, which revealed her left ear was 95% deaf.

“The doctor didn’t imply the condition was permanent and put me on steroids. I assumed it would get better, but after three weeks, my hearing didn’t come back.

“I saw different specialists and it finally hit me that I was deaf in one ear. The doctor said he would only be able to tell what was wrong if he cuts open my ears, but I’d have to be dead first!

“I was clueless how I was going to live. I lost focus, sounds were jumbled up and I didn’t know where they were coming from.

“Since my ears are my tools of communication, I sank into depression. I was deaf, but I felt blind,” shares the 38-year-old magazine editor, who was living abroad then.

“We’re not talking about being born deaf or losing hearing as a result of ageing. With SHL, you’re fine today and when you get up in the morning, you cannot hear.

“Anyone can get it. There is no predisposing factor to say that you belong to a group that would get SHL. It affects only a small percentage of the population, so we have no figures anywhere in the world.

“This happens normally in one ear – rare that it happens in both ears. SHL doesn’t recognise age or gender – you can be young, old or middle aged.

"Sometimes, a patient doesn’t realise he has SHL unless he picks up the telephone. Because it only affects one ear, he may think the phone is dead,” says consultant ear, nose and throat surgeon Datuk Dr Kuljit Singh.

Hearing aids are an option if there is some hearing in the ear that is affected. Photo: Filepic

Experts estimate that SHL strikes one person per 5,000 every year, typically adults in their 40s and 50s.

The actual number of new cases every year could be much higher because the condition often goes undiagnosed. Many people recover quickly and never seek medical help.

According to the US-based National Institute on Deafness and Other Communication Disorders, only 10% to 15% of the people diagnosed with SHL have an identifiable cause.

The most common causes are infectious diseases, trauma such as a head injury, autoimmune diseases such as Cogan’s syndrome, ototoxic drugs (drugs that harm the sensory cells in the inner ear), blood circulation problems, a tumour on the nerve that connects the ear to the brain, neurologic diseases such as multiple sclerosis, and disorders of the inner ear.

Dr Kuljit explains: “Actually some patients have no symptoms at all. Some have told us they had a very bad flu a few weeks prior; a few patients will say they feel dizzy and hear buzzing sounds in the ear, but most of them say, they get up and pop!, the hearing goes to zero.

“Scientists tell us one probable cause is upper respiratory viral infection, which settles on the nerves that connects the inner ear to the brain. The virus attacks the nerves.

“The nerves from our inner ear to the brain runs in a tight bony canal, and the canal gets filled up with fluid and is inflamed because of the virus.”

If there is minimal hearing loss, then there is a chance it may come back after a couple of weeks, but if the hearing loss is bad, the prognosis will not improve.

Patients are usually subject to a series of hearing tests over a six-month period, after which it is unlikely that things will get better.

The results are charted on a graph to monitor if the hearing is getting better from week to week.

SHL is diagnosed if the test shows a loss of at least 30 decibels (a measure of sound) in three connected frequencies. A loss of 30 decibels would make conversational speech sound like a whisper.

“If the patient is stone deaf, then the chances of the hearing coming back to normal is not so good.

“When patients present to us, we do the test and treat them with medications, which are not 100% guaranteed.

“But first, we rule out tumours or mild stroke, though these patients would have other signs.

“The types of medicines vary from a short dosage of oral steroids to vitamins that are geared towards ear recovery,” he says.

“Patients complain of feeling unbalanced and uncomfortable initially but they get used to it.”

Dr Kuljit: Anyone can get it. There's no predisposing factor to say that you belong to a group that would get SHL. Photo: The Star/Low Lay Phon

For Jay, because she had been an active person, her body remembered how to balance by default.

“But I still struggle to listen, and at the end of the day, I’m chronically fatigued,” she says.

She cannot have group conversations because her good ear can only pick up one voice. Her memory is also affected.

She says, “People think I’m ‘off’ as I might stare at someone who’s finished talking because my mind is still trying to process things.

“I’m no longer the life of parties and I tend to avoid social situations. Going out alone scares me. Only my good friends know of my condition.”

SHL cannot be prevented or predicted. “Some people say it happens if you hear too much loud music or go to rock concerts, but that’s not true,” says Dr Kuljit.

Most patients can cope quite well if it is only one ear, but if they have the misfortune of getting SHL in the other ear at some point, it’s sheer bad luck. They would then be classified as OKU (Orang Kurang Upaya, or Persons With Disabilities).

Patients can try hearing aids but if they’re stone deaf, these won’t work as the ear needs some cells to receive sound signals.

There are also internally-implanted hearing aids, but they are expensive.

Unfortunately, Malaysia has no support group and people are very shy to talk about SHL. They don’t want to share anything and label themselves as a “goner”.

To maintain good hearing, Dr Kuljit advises people not to hear loud sounds for long periods of time as the ears have a certain threshold for sound.

He says, “Explosive sounds can damage the ears almost immediately; a sudden burst of 100 to 120 decibels can burst the eardrum.

"But that is not the main thing – the shock that goes into the inner ear can fracture the hair cells and this cannot be regenerated.

“I also don’t recommend using earphones for hours at high volume. If you’re working in a loud area, the employer must give mufflers or ear protection aids. Also, while in the shooting range, don’t take things lightly and say it’s only once in a while. The bottom line is that prolonged high decibels will destroy your hearing.”

Losing your hearing overnight without warning 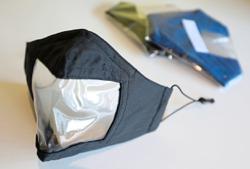