Less than one in 10 molecules discovered in the lab make it all the way to the market as a drug. — AFP

Most of us tend to take modern medicines for granted. We have faith that there is a drug or procedure out there that will be able to treat and/or cure whatever ailment we have.

And while there is certainly a large number of approved medicines out there in the market, there are still many diseases that don’t have a cure or treatment.

There are also drugs that are becoming less effective, like antibiotics certain bacteria have become resistant to.

Developing a new drug is a very expensive endeavour, with a very high failure rate.

“I believe the way we are currently doing it is incredibly inefficient.”

He explained: “I believe it is too costly, it is too risky and it is too slow.”

Quoting a 2014 Forbes analysis, Prof Bountra noted that the average cost to develop a new drug that makes it to the market for Amgen was US$3.5bil (RM14.1bil), which he said was unsustainable.

And Amgen was the best performer in the study; AstraZeneca, for example, spent an average of US$11.5bil (RM46.3bil) per new drug.

“And many of these drugs were not completely new drugs. They were what we call ‘me toos’ or new formulations; they were a variant of an existing drug.

“And what we need is more novel drugs,” he said.

The fact is, very few compounds make it all the way to a full-fledged safe and effective drug for humans.

According to the International Federation of Pharmaceutical Manufacturers and Associations (IFPMA), a total of 56 medicines were launched in 2015, while there are currently more than 7,000 compounds in development worldwide.

Looking specifically at cancer drugs, Prof Bountra noted that a 2015 study reported that there were 529 molecules targeting cancer in development in 2002.

A decade later, 45 had made it to the market, 95 were still in development and 389 molecules were terminated.

“So we took 389 molecules into the clinic, into phase 1, 2 or 3 studies (clinical trials), and terminated them.

“Imagine how much money we spent on those 389 molecules.

“Imagine how many people’s careers went into that.

“But most important, imagine how many patients were exposed to those 389 molecules, and then they were terminated,” he said.

The same study also calculated that only 7.5%, or less than one in 10, of molecules targeting cancer in phase 1 clinical trials made it to the market.

Even those molecules that made it to the final phase 3 clinical trial stage only had a 33%, or one in three, chance of making it to the market.

Meanwhile, the IFPMA Facts and Figures 2017 report stated that 9.6% – still less than one in 10 – of all drugs in development make it to the market from phase 1 clinical trials.

Meanwhile, only half, or one in two, drugs in phase 3 clinical trials make it to the market.

“This process is too risky,” said Prof Bountra.

He shared that an analysis done by his Oxford colleagues three years ago showed that it took between six to 30 years for a molecule targeting cancer to make it into phase 1 clinical trials from the time of its discovery in the lab.

According to the IFPMA, it takes an average of 10 to 15 years to develop a new drug from the time of discovery in the lab to the market. 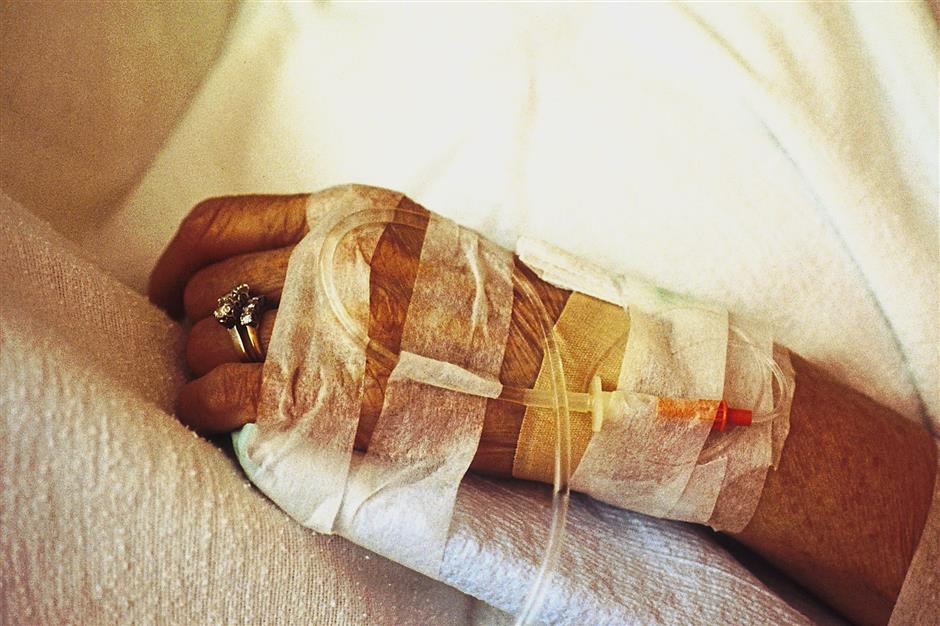 Speaking at the 2nd Cambridge-Oxford-Sunway Biomedical Symposium held at Sunway University in Selangor on Nov 21-22, 2017, Prof Bountra said: “We need to think about our customers and our stakeholders.

“And the customers in drug discovery, of course, are our patients.

He opined that patients, their families and caregivers, as well as society, want novel, effective and affordable medicines quickly.

According to the research and expert opinions Prof Bountra quoted, there has been no new drug for Alzheimer’s disease since 2002, nor has there been a truly novel antibiotic since 1984 or psychiatric drug for the last three or four decades.

He also shared that a 2014 analysis had looked at the then 71 drugs available to treat solid tumours and how much they had increased progression-free survival for the patients who had such cancers.

The answer was two-and-a-half months on average.

Progression-free survival is the amount of time during and after treatment that a patient lives without the cancer getting worse. It is usually used to measure how well a cancer treatment works.

Meanwhile, the overall increase in survival was, on average, 2.1 months.

“And of these 71 drugs, they concluded that only 30 had clinically meaningful efficacy,” he said.

He noted that the need for more affordable drugs is increasingly becoming a global issue.

He shared an analysis done in the United Kingdom on cancer drugs in the years 2000 and 2013.

“And that trend is continuing,” he said.

GDP per capita is a country’s gross domestic product divided by its population, and is used to measure a country’s standard of living.

As for needing new drugs quickly, Prof Bountra commented that “of course, for patients, even tomorrow is too late”.

How does it work?

“This industry employs some of the smartest people on the planet; they have access to any technology they want, they can collaborate with anyone they want, so why is (drug discovery) so risky and why is it so slow, and why are we so inefficient?” he asked.

Prof Bountra believes that it is due to both scientific challenges and organisational issues.

“Frankly, for many diseases, we haven’t got a clue, on the molecular level, what causes it.

“Schizophrenia, depression – at the molecular level, we don’t really understand what’s causing symptoms in a particular patient,” he said. 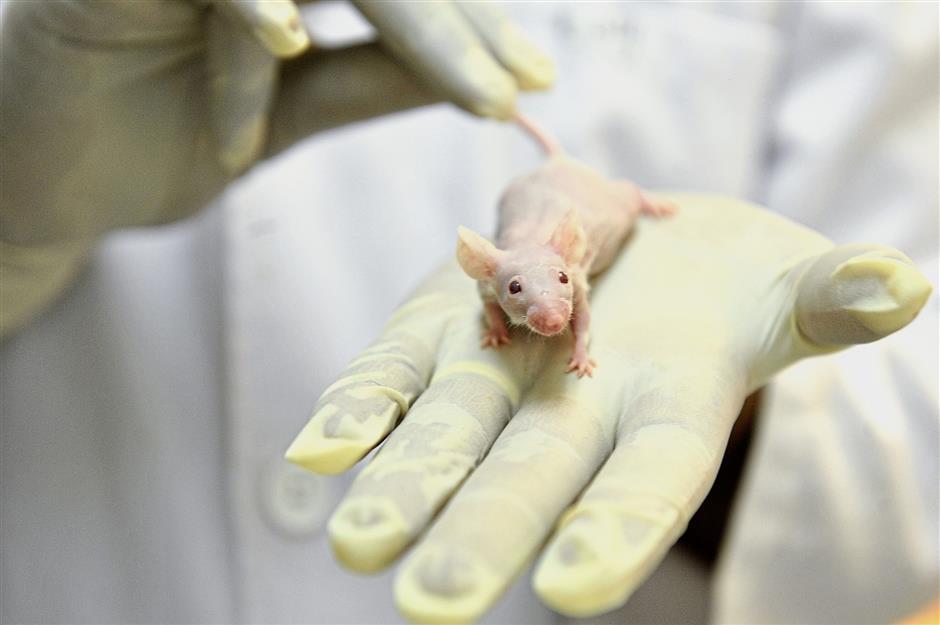 Animal models, like the specially-bred mouse seen in this filepic, are the mainstay of preclinical drug development. However, Prof Bountra doesn't believe that they are effective in modelling what actually happens in a human patient.

Animal models have long been the mainstay of preclinical drug development, being used to help identify and validate the biological targets of potential drugs, as well as testing their safety and efficacy, among other uses.

However, Prof Bountra does not believe that they are effective in predicting what would happen in a human patient.

“I have seen so many things work in animal models, and you take them into the clinic and they do nothing,” he said.

“I believe animal models have a place – they allow us to test hypotheses in vivo, but just because something works in an animal model, let’s not kid ourselves it’s going to work in patients.”

He also said that we do not have good biomarkers for many diseases.

A biomarker is a biological characteristic, e.g. a protein or molecule, that can be objectively measured to indicate a particular biological state, e.g. response to a drug or the severity of a disease.

“If I do a study in depression, I can’t say to the patient, ‘Are you less depressed today than you were last week?’, or an Alzheimer’s patient, ‘Is your memory better today than it was last month?’

“We need better biomarkers,” he said.

In addition, Prof Bountra said that we do not even know how many drugs already out there actually work.

“Paracetamol or acetaminophen – we’ve all taken it. Probably a hundred million people across the planet today will take paracetamol.

“We do not know the molecular target of paracetamol,” he said.

“So, if we don’t know how existing drugs work, how are we going to design better?”

For organisational issues, Prof Bountra worries the most about duplication. 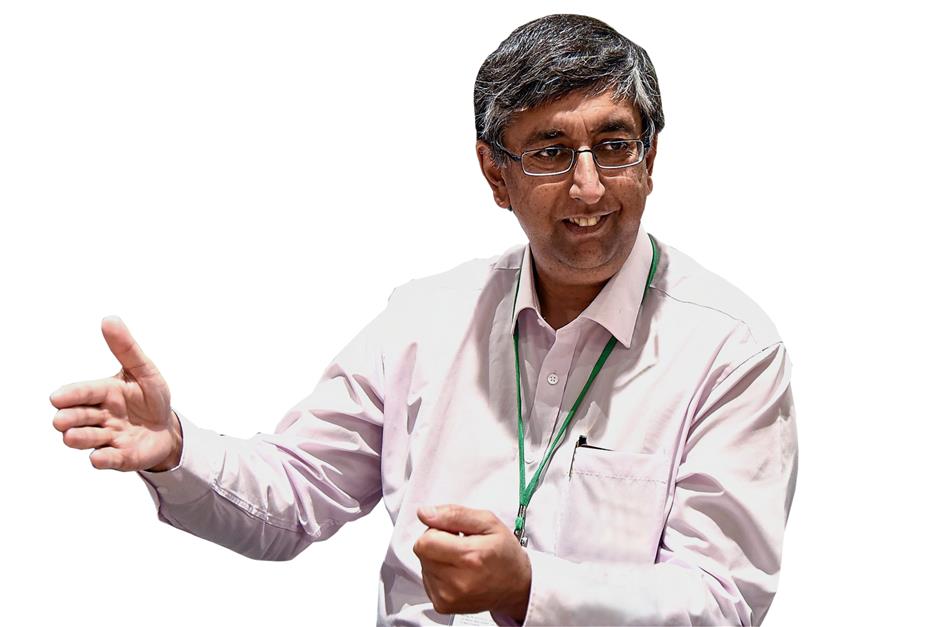 Prof Bountra doesn't think that coming up with new drugs is a problem for the pharmaceutical industry alone, it is a problem for everyone – civil society, individuals, academics, regulators, patient groups, healthcare providers. — Sunway University

“Across the world, there are many academics, many biotechs and many pharma companies all working in parallel, in secret, on the same target, on the same idea,” he said.

It’s hardly surprising, he added, as everyone reads the same scientific literature, goes to the same conferences and speaks to the same opinion leaders.

They then go back to their labs and spend the next six to seven years coming up with a proprietary molecule that has a more than 90% failure rate once it goes into clinical trials, he said.

“So if you’ve got 20 companies working on the same thing, if one of them fails, the other 19 will fail as well.

The other major issue is the inability to reproduce published results.

“Over the past five years, there have been three or four pretty high profile publications from industry, saying that they cannot reproduce 50%-70% of academic literature.

“And I can vouch for it; when I was in industry, there were many occasions when we tried to reproduce published literature and we couldn’t.”

Prof Bountra was previously vice-president and head of Biology at GlaxoSmithKline.

Among the reasons he suspects causes this problem are biological variations and the possibility that many of the biological tools being used in those experiments do not have the exact properties the researchers think they have.

“We need to address that,” he said.