Cordyceps and its role in sexual dysfunction 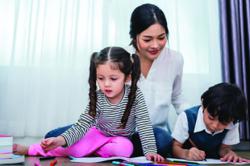 This pricey herb is actually a result of a parasitic fungus infecting moth caterpillars and taking their bodies over completely, killing and mummifying them in the process. — Handout

Priced at RM150,000 to RM200,000 per kg, the Cordyceps sinensis root is often mistaken for a mushroom, and has several nicknames such as “caterpillar fungus” and “Himalayan viagra”.

This is no cheap herb to get your hands on, and for a good reason.

Hailing all the way from the Himalayas, the Cordyceps herb can only be harvested during certain seasons of the year.

The root also boasts a variety of health benefits, including aiding in heart disease, energy levels and sexual dysfunction.

To find out more about Cordyceps, we speak to Eu Yan Sang senior nutritionist Kua Goh Yoke Lian to find out the origin of the herb and its benefits.

Cordyceps sinensis is actually a product of a parasitic fungus infecting moth caterpillars with its spores.

The entire caterpillar-shaped fungus is then collected, dried and preserved for medicinal purposes.

Is this still how it is made today?

Not necessarily. There are some forms of Cordyceps that are manufactured in the labs.

It depends on your individual definition of vegetarianism.

Many people consider Cordyceps to be vegetarian as the caterpillar dies from the fungus infection, and not at the hands of humans.

However, those who are more devoted in staying away from meat may consider this to be non-vegetarian.

Also, Cordyceps can be manufactured in a lab and does not involve actual caterpillars in the process.

Are there many different types of Cordyceps?

There are many different species of Cordyceps, but the one associated with powerful health benefits and used in traditional Chinese medicine (TCM) is Cordyceps sinensis.

This pricey herb is actually a result of a parasitic fungus infecting moth caterpillars and taking their bodies over completely, killing and mummifying them in the process. — Handout

What are some of the benefits of Cordyceps?

Cordyceps has been used for a long time in TCM to treat a variety of ailments.

• Cardiovascular system: It enhances the circulation of the blood, regulates blood pressure, and also strengthens the heart muscles, which in turn improves the cardiac function.

It also aids in regulating the heart rhythm, ensuring regular blood flow by hindering the clotting of platelets.

• Lung tonic: It is associated with something called the lung meridian in TCM. It helps in strengthening this meridian.

• Boosts respiratory function: Studies show that it can alleviate respiratory ailments such as asthma, tuberculosis and chronic bronchitis by protecting the lungs.

It decreases the production of phlegm as well.

• Boosts immune system: The Cordyceps fungus increases the growth of immune cells and promotes antibody production in the body, enhancing its resistance to bacterial, virus, yeast and fungal infections.

It helps with post-cancer recovery too.

• Anti aging: The herb has anti-aging, anti-inflammatory and antioxidant properties, which help reduce weakness, stress and fatigue associated with aging, and boosts energy during over exertion.

It also increases the energy levels and reproductive capabilities of both men and women.

• Kidney health: Associated with the kidney meridian, the herb strengthens the kidneys and other renal functions.

It also prevents excess toxins from accumulating in the body. It has a diuretic effect and thus, prevents kidney pain.

It takes care of oxygen utilisation by the cells and tissues of the body.

• Supports liver function: Studies show that it helps improve and restore liver function in cases of liver damage, such as from chronic hepatitis B and C infection.

What role does Cordyceps play in sexual dysfunction?

Cordyceps can effectively stimulate the secretion of DHEA from the adrenal cortex, which stimulates both men's and women’s sexual function and energy.

Generally, men feel a bigger impact than women in terms of sexual dysfunction when consuming Cordyceps.

How is Cordyceps typically consumed?

Cordyceps can be double-boiled to form a decoction, boiled into a tea, or consumed as a capsule.

It is usually recommended to be consumed once daily, using between four to eight grams of Cordyceps each time.

For a quicker option, there are also Cordyceps capsules and pre-packaged drinks with Cordyceps in them.

This article is brought to you by Eu Yan Sang. For more information on Eu Yan Sang’s Cordyceps products, click here.

Cordyceps and its role in sexual dysfunction 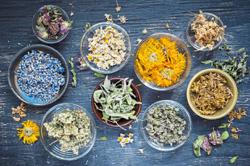