Would you consider drinking urine for health?

Imagine drinking your own urine – fresh and warm from the bladder. It may not quench your thirst, but purportedly has many health benefits.

If you find the thought repulsive, please flip the page!

For centuries, yogis have been practising this technique called amaroli, which was used in conjunction with many advanced practices.

The Hatha Yoga Pradipika, one of the teaching manuals of yoga, mentions, “Discard the beginning of the stream of water because it has too much bile. Discard the end of the stream because it is worthless. Wholly enjoy the cool, middle stream. This is amaroli.”

Also called urine therapy or urotherapy by the Western world, it has been used in certain cultures as a skin protectant, an anti-infectious agent, and a tooth whitener, among myriad other uses, but none of these claims have been substantiated by medical research.

Drinking urine is gaining momentum as the new wave of yoga continues to grow and many enthusiasts want to go back in time to learn traditional ways.

While there is no scientific data to support this practice, there are no reports of anyone being harmed or taken ill from consuming urine either. If you ask around, there are plenty of positive testimonies out there from proponents of natural healing methods.

Former Indian Prime Minister Morarji Desai advocated drinking one’s own urine and preached urine therapy as a cure for many ills. He believed it helped him overcome piles and suggested the remedy to poor Indian citizens who could not afford medical care. His longevity to a hearty 99 has been attributed to the curative effects of urine.

Recently, the Daily Mail reported of an obese English man who claimed that the secret to his eight stone weight loss and normalising his blood pressure was a result of consuming a glass of his own urine daily.

A youthful-looking friend of mine also applies urine all over her face and sits for 20 minutes in the bathroom, before washing it off. She claims that it is the elixir of her ageless, wrinkleless beauty at 61.

Indeed, her skin is baby soft and smooth but I wish she hadn’t told me because I’m more wary when I give her a hug now!

Our former neighbour used to collect his urine in a pail once or twice a week and poured it as fertiliser on his plants and fruit trees. Occasionally, we’d get a whiff of the stink and we knew his gardener was at work. His rambutan fruits were big, fat and juicy while ours were small, lean, but perhaps, tastier.

The uncle suggested my parents try this natural approach but my super hygienic folks baulked at the idea.

Unfortunately, the fertiliser didn’t work on his durian trees, which didn’t bear fruit for 20 years. Much later, he dejectedly told us his “manure” had gone to waste because he had planted sterile, male trees.

According to Satyananda Saraswati, who founded the Bihar School of Yoga in 1964, and the Divine Life Society, yogis used amaroli because when meditation is practised for long hours, the inner body temperature falls. Under such circumstances, the practice of amaroli maintains the digestive system.

“Amaroli safeguards against this. Therefore, if you practise meditation for long periods, you should take amaroli for this reason,” he wrote in a yoga magazine published by the Bihar School Of Yoga.

In fact, many spiritual healers strongly recommend I drink my pee as an antidote to alleviate my chronic abdominal woes. Popping pills and rubbing potions do not always work. But, I simply cannot bring myself to down half a cup every morning. The best I could do was to dip a finger into the cup and dab a wee bit on my tongue.

It tasted a little salty. And yucky.

Apparently, the urine of a healthy person should be light yellow and taste a little salty, so I figure I’m doing all right.

If the shade is closer towards dark amber, you can expect the taste to be slightly bitter. If you have diabetes with a high blood sugar level, glucose may spill over to your urine and cause it to taste and smell sweet.

There is some indication that urine can contain tumour antigens, though there is no evidence to show that drinking, massaging with, bathing in, or any other application of urine will stimulate antibody production or ward off an illness.

The quantities of substances, including tumour antigens, present in urine are typically minuscule compared with those already present in the blood and elsewhere in the body.

In today’s world, there are many toxins that are found in urine due to environmental pollutants and synthetic chemicals. Why would you want to put these substances back in once excreted?

Proponents are undeterred, placebo or otherwise, because they believe in the wonders of the beverage.

If it works, why not? Sometimes medical science cannot explain everything.

Revathi Murugappan is a certified fitness trainer who tries to battle gravity and continues to dance to express herself artistically and nourish her soul. The information provided is for educational and communication purposes only and it should not be construed as personal medical advice. Information published in this article is not intended to replace, supplant or augment a consultation with a health professional regarding the reader’s own medical care. The Star disclaims all responsibility for any losses, damage to property or personal injury suffered directly or indirectly from reliance on such information.

Would you consider drinking urine for health? 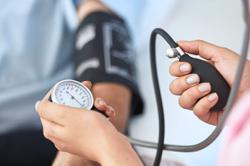