Dr Ahmad notes that his study is the first to look at the effects of ikan haruan in humans. — SAM THAM/The Star

The snakehead fish, more commonly known by its Malay name ikan haruan, has a reputation for promoting wound healing.

This is especially so among women who have just given birth, in particular those who have undergone a caesarean section.

It is usually prepared fresh in the form of a soup, although the more concentrated fish essence is also available for sale.

Of course, like much traditional folklore, this reputation is anecdotal and not proven in an objective scientific manner.

Like most Asians, Dr Ahmad Faroukh Musa had heard of the healing properties of ikan haruan.

The cardiothoracic surgeon and senior lecturer at Monash University Malaysia’s Jeffrey Cheah School of Medicine and Health Sciences shares that one of the main obsessions for surgeons has always been wound-healing.

“Because wound-healing somehow or other gives more satisfaction to the patient in a way, apart from the success of the surgery,” he explains.

“It is something the patient can see because it is on the outside, as compared to what we (the surgeons) did on the inside, which the patient cannot observe and cannot really say whether it is good or not.”

He adds that wound infection is another constant worry, especially in Malaysia where there is a significant population of diabetic patients, as diabetes affects the rate of wound-healing.

From study to study

Dr Ahmad notes that his study is the first to look at the effects of ikan haruan in humans. Photo: The Star/Sam Tham

His research into ikan haruan actually had its roots in another study that he did comparing the open surgery method of harvesting the saphenous vein for coronary artery bypass grafting (CABG) for heart patients and the minimally-invasive method using an endoscope.

At that time, Dr Ahmad was working and training at the National Heart Institute (also known as IJN) in Kuala Lumpur.

Part of his analysis included a detailed look into the cost of wound infections for those who underwent the open surgery, to see if it was worth the thousands of ringgit buying an endoscope machine that would result in smaller wounds.

“When I looked at it, to my own surprise, we spent hundreds of thousands of ringgit on managing wound infections, because the patients stayed like two to three months in the ward because of their wound infections,” he says, adding that this was not even including the economic effects of the patient not being able to work in that time.

“So, wound infection plays a significant role not only in patient satisfaction, but also on the economic budget.”

He adds: “I was surprised, because no one had ever done auditing on how much money we spent on managing wounds – buying all the dressings, the antiseptics, etc.”

Despite his findings, many surgeons still carry out the open surgery method of harvesting the saphenous vein for a variety of practical reasons, including lack of training on the endoscopic method and complications encountered during the procedure itself.

Therefore, the problem of wound-healing and infection is still a major issue to consider.

Dr Ahmad then thought to himself, with everything else – like antibiotics, wound care, dressings, etc – standardised, could there be something that could help the patient heal faster?

This is especially as the rate of healing mainly depends on the patient’s own health.

That’s when he remembered how ikan haruan is believed to promote wound healing, especially among women who have just given birth.

“Unfortunately, all this is anecdotal, meaning that it is hearsay – there is no evidence to prove whether it really works or not,” he says.

In his preliminary research, Dr Ahmad found that two local professors – one from Universiti Sains Malaysia (USM) and another from Universiti Putra Malaysia – had done extensive work into the healing properties of ikan haruan.

However, they had only examined these properties in the lab and in animal models.

“Theoretically, there was scientific knowledge that supports the idea that haruan can assist in wound healing in humans,” he says.

Previous research has shown that this fish contains the essential amino acids and fatty acids that can help promote wound-healing.

Ikan haruan has all the essential amino acids that come together to form a polypeptide responsible for the healing process in humans.

It also has omega-3 polyunsaturated fatty acids that help to regulate prostaglandin synthesis, which plays a major role in the inflammatory process that leads to healing.

One fatty acid in particular, arachidonic acid, plays a crucial role in this process, and is available in high quantities in ikan haruan.

In addition, the fish contains two types of collagen, which helps form the structure for tissues to repair and regenerate.

Keen to see if ikan haruan could indeed help speed up the healing process, Dr Ahmad embarked on a prospective, double-blind, randomised, controlled clinical trial from 2012 to 2014.

“It means that there is no bias – we’ve removed the biases from the study,” he explains.

This person was the late USM pharmaceutical technology specialist Prof Dr Saringat Baie, who had himself done a lot of work on the healing properties of ikan haruan and whom Dr Ahmad had contacted to get his supply of ikan haruan capsules.

In his study presented at The 1st International Conference on Invention & Design 2016 in Kuala Lumpur, Dr Ahmad looked specifically at whether ikan haruan had an effect on wound healing in CABG patients.

“We assessed wound healing, pain, mobilisation and patient quality of life,” he shares, adding that these areas were evaluated via different standardised methods.

A total of 183 patients from IJN completed the study up to its three-month follow-up, with almost equal numbers receiving 500mg (two capsules) of the ikan haruan and the placebo daily respectively.

The patients were evaluated daily until their discharge from the hospital, and subsequently at six weeks and three months during their clinic follow-up.

Patients taking the ikan haruan capsule fared much better in terms of their wound infections, as scored by the ASEPSIS system, starting from day six after their operation, compared to those on the placebo.

They also felt less pain, as evaluated by the Visual Analogue System.

“There was a significant difference in pain, because, as we know, haruan has some anti-nociceptive properties, meaning that it can reduce pain,” he explains.

“And when we look at the health-related quality of life, by using the Nottingham Health Profile questionnaire, we found there was a significant change in the level of energy, pain, emotion and physical effect.

“In summary, it improves the quality of life of patients,” he adds.

However, taking the ikan haruan capsule did not result in a change in the length of the patients’ hospital stay.

When asked if patients could just cook and consume the fish for similar benefits, Dr Ahmad said: “Many people have asked me this.

“My answer is, when we prepare the capsules, it consists of highly-concentrated proteins. Like vitamin C, in order to get the equivalent of one capsule, 500mg, you need like 10 oranges.

“And the capsules are being prepared by a good manufacturing practices (GMP) certified lab.

“So, to me, it is advisable to take the capsules, rather than consuming the flesh itself. Like vitamin C, it’s easier to eat one capsule than 10 oranges.”

However, to the best of his knowledge, no ikan haruan capsules are for sale in the market at the moment. 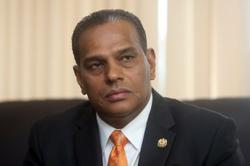 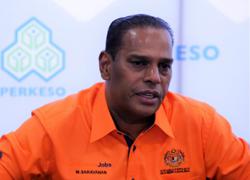