Quitting smoking can be a very difficult journey 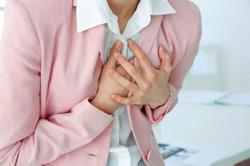 Today, we celebrate World No Tobacco Day 2015, but how many smokers are actually going to give up puffing, even if just for a day? (Ed, are you?)

With this year’s theme being “Stop Illicit Trade Of Tobacco Products”, the World Health Organization (WHO) is calling on countries to work together to end the illicit trade of tobacco products as that market may account for as much as one in every 10 cigarettes consumed globally. It is a problem in both high income and third world countries.

Illicit or not, quitting smoking can be a very difficult journey as smokers have to cope with withdrawal symptoms, including irritability, frustration, anger, anxiety, increased appetite and difficulty concentrating.

“Most smokers cannot control their desire to take a puff. Quitting smoking is a process that is challenging on both psychological and physiological grounds. Sometimes quitting might be easy, but to sustain it is difficult.

He was speaking at the recent launch of Johnson & Johnson’s Do Something Amazing campaign to encourage smokers to kick their cigarette butts through setting an attainable goal.

“Smoking is a highly dangerous and lethal addiction, yet 65% of men prefer to spend money on cigarettes rather than on household goods. In terms of tobacco-related healthcare costs, the government spent almost RM4bil (2010 statistics) to treat ischaemic heart disease, lung cancer and chronic obstructive airway disease,” he revealed.

The Global Adult Tobacco Survey carried out in Malaysia in 2011 showed that 43.9% of men, 1% of women and 23.1% of all Malaysians currently smoked tobacco. The success of quitting is only 18%.

Dr Helmy said, “The incidence of female smoking is lower because women are more aware of their healthcare. For men, it is a macho thing – they don’t listen.”

According to WHO, the tobacco epidemic is one of the biggest public health threats the world has ever faced, killing nearly six million people a year.

Approximately one person dies every six seconds due to tobacco, accounting for one in 10 adult deaths, and up to half of current users will eventually die of a tobacco-related disease.

Studies show that few people understand the specific health risks of tobacco use. For example, a 2009 survey in China revealed that only 38% of smokers knew that smoking causes coronary heart disease and only 27% knew that it causes stroke.

Among smokers who are aware of the dangers of tobacco, most want to quit but don’t know where to go for help.

Counselling and medication can more than double the chance that a smoker who tries to quit will succeed.

“We have to help those in denial, so awareness is important. It can lead to mental health problems. We always assume they know where to find help but it’s really not that easy,” said Dr Amer.

“You can go for all kinds of therapy, but you have to be willing to change, or else it’s pointless. Relapse is a common thing, so you have to motivate yourself through affirmations. Don’t blame it on the darkness – light up the candle and do something,” said Dr Annathurai Ranganathan, head of corporate social responsibility unit, Asian Football Confederation.

On smoking by footballers, he said it was unfair to label footballers as the only smoking sportsmen.

“All sports have smokers, but in terms of professional footballers, the number is actually minimal because they are paid highly, so physique and fitness is very important to them. It’s not an alarming situation. Because they have a goal to achieve, every aspiring player has to take care of himself,” he said.

Smoking is common among footballers and even the world’s best including Lionel Messi, Mario Balotelli, Wesley Sneijder and Wayne Rooney have been caught lighting up.

Last November, Malaysian forward Safee Sali was caught smoking in Singapore during the group stages of the AFP Cup and this led to an outcry by fans on social media.

Dr Amer said: “Every elite athlete has a commitment to himself. At that level, everyone is really good and they all want that something extra to be outstanding. It affects their fans because young people look up to them as their favourite athlete or role model.”

Dr Annathurai added, “We can use football as a tool for social development. If you want to educate the players, you’ve got to catch them young, especially between the ages of 12 and 14, when they pick up the smoking habit.”

Often times, players are not aware of the dangers of smoking as they’re still young. Only later does it affect their stamina and performance.

On the use of e-cigarettes to quit smoking, Dr Helmy said it was still a controversial subject as there is not enough scientific evidence to show it actually worked.

“E-cigarettes contain other chemicals besides nicotine, which also get inhaled. Since we don’t know the actual content, it’s best to follow another method to try quitting.”

Quitting smoking can be a very difficult journey 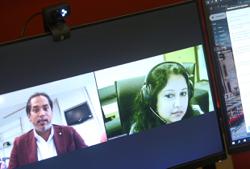