A big new threat in the fight against malaria is looming.

One of the world’s most challenging and deadly races is underway in the forests of Myanmar.

A new strain of drug-resistant malaria has emerged in Myanmar just as the country is emerging from a half-century of isolation, increasing the risk that the lethal scourge will spread into India and Africa.

If the strain reaches other regions, it could undo huge gains made over the past decade – at a cost of billions – to corral the illness.

Malaria mortality has fallen 42% worldwide since 2000, but the disease continues to sicken more than 200 million people and kill 500,000 children a year, or about one every minute of every day, according to the World Health Organisation (WHO).

Fighting malaria has been a Sisyphean task over the past century. Major attempts to eradicate the disease – caused by a parasite transmitted by a particular mosquito species – failed in part because it’s a moving target that evolves and develops resistance to drugs and pesticides.

Yet, the latest push has brought eradication in sight, at least for some experts and the Seattle-based Bill & Melinda Gates Foundation.

Eliminating the disease is one of the most ambitious projects the world’s largest philanthropic organisation has undertaken.

With more than US$2bil (RM6.4bil) committed, the foundation is the leading private supporter of research into new treatments, vaccines, diagnostic tools, disease mapping and other weapons to fight malaria.

This research should help the foundation press the global community for a renewed attack that could begin about 2020, putting to use new drugs now in the pipeline.

As long as the drug-resistant strain spreading in the forests of Myanmar can be contained, that is.

“Myanmar is the linchpin country, really,” said Tom Kanyok, a former WHO scientist and now the foundation’s senior malaria programme officer for the Greater Mekong region, which includes Myanmar, Thailand, Cambodia and Vietnam. 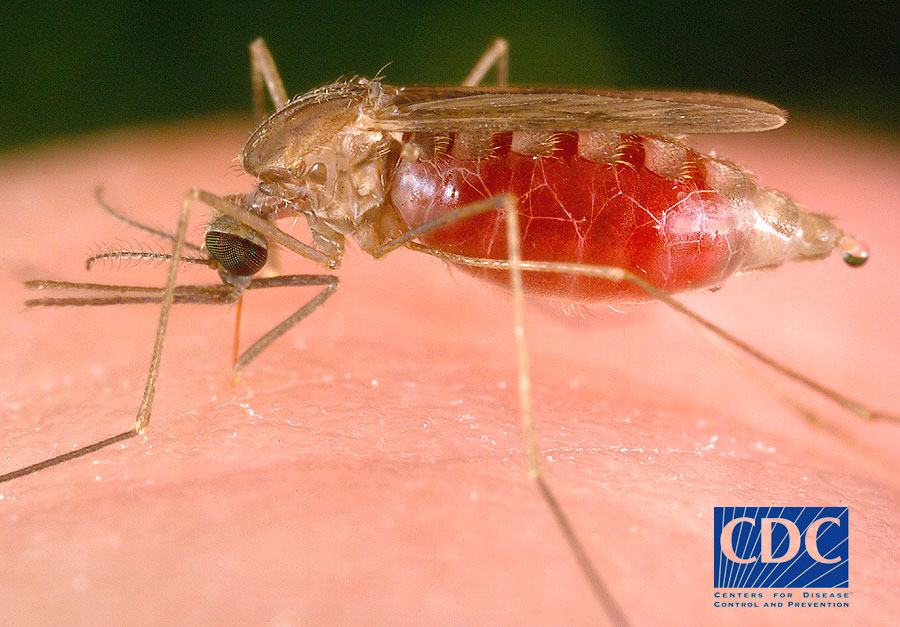 This comes as Myanmar – formerly called Burma – emerges from 50 years of repression, moves toward a democratic state, and opens to trade, tourism and foreign investors.

Burma was the most prosperous country in South-East Asia until a military coup in 1962. It’s now one of the poorest in all Asia.

Myanmar borders 40% of the world’s population, with China to the north, Thailand and Laos to the east, and India and Bangladesh to the west.

Being a crossroads may help the country catch up to the economic growth that Vietnam and Thailand have seen, but it also positions Myanmar to export drug-resistant malaria.

After decades of spending little on healthcare, the country is especially hard hit by the disease. Myanmar accounts for nearly 80% of malaria cases and 75% of malaria deaths in the Mekong region, according to a 2012 assessment funded by the Gates Foundation and Australia.

Overall, more than 40 million of Myanmar’s about 60 million people live in malaria-endemic areas, according to WHO.

As the economy grows, people may travel and unwittingly bring malaria parasites along. One carrier may infect 100 others, who may infect 1,000 others.

Myanmar’s government appears to be moving in the right direction as it builds up a healthcare system. It’s working with WHO, the Gates Foundation and other groups to tackle malaria.

“From our region, we’re now trying to scale up our activities – all our activities,” said Dr Thaung Hlaing, deputy director of the Health Ministry’s National Malaria Control Programme.

Dr Hlaing said the plan is to contain the resistant strain and eliminate it before it spreads west to India, and then to Africa, creating “more disaster”.

“This is not about a Myanmar problem; this is a global concern,” he said.

The risk that this strain of malaria could spread and reverse hard-fought gains isn’t hypothetical. It happened before with tragic results.

Eradication was in sight in the 1950s and succeeded in the US and southern Europe.

But the effort faltered because of funding shortfalls, war, scattershot participation – and the emergence in the 1960s of a drug-resistant strain in South-East Asia. It reached India and Africa, where severe cases and deaths doubled or tripled in some countries.

Research in China led to artemisinin, a derivative of wormwood and traditional herbal treatment. It took years for this medicine to emerge from China, and it wasn’t widely used until after 2000.

Then it became a key part of a renewed attack on malaria funded largely by the Global Fund, a coalition of governments and private funders to which the Gateses have given US$1.4bil (RM4.48bil).

Over the past decade, this attack saved more than three million lives.

“Now, it’s such a magical drug, we’re doing everything we can to avoid drug resistance,” Bill Gates said at an April health product forum in Seattle. “We’re super-dependent on it.”

He’s helping fund a new arsenal for the malaria fight, including next-generation drugs, but they won’t be ready for perhaps four or five years. A single-dose malaria pill isn’t expected until 2023.

“I think there probably isn’t the right tool kit yet to say with confidence that we can get to elimination and eradication, but there’s an entire field pointed in this direction,” said Dyann Wirth, chair of Harvard University’s Department of Immunology and Infectious Disease.

Artemisinin resistance was detected in Cambodia in 2006, and has since been found around the Mekong region. Today, with international travel more common, resistance could spread farther and faster.

“If it happens now, we are going to have a big problem,” said Dr Gawrie Nirdoshi Loku Galappaththy, malaria technical officer in the WHO Yangon office. “That’s why it’s really important. We have to stop (it) here.”

Dr Gawrie has been an intermediary of sorts between the ambitious attack on malaria the Gates Foundation is pursuing and the government’s measured approach.

Somewhat controversial is the foundation’s interest in mass administration of drugs, carpet-bombing parasites by treating everyone in problem areas whether they seem sick or not, an approach it’s testing in the region.

Success with pilot programmes could help make the case for a new, aggressive malaria-eradication plan. The work also helps them learn about drug distribution and other aspects of the challenge.

“I think this is going to be a great learning time for our team as we start to look at these very local eliminations – about all the pieces in the chain that need to get done,” Melinda Gates said at the Seattle forum.

While Myanmar supports the malaria work, it’s also sensitive to being used as a laboratory for new approaches.

Locally, the malaria crisis is overshadowed by ethnic tensions and a highly anticipated election in 2015, seen as a test of whether Myanmar is truly reforming and legitimising its government.

The country also struggles with other health risks.

“There’s a lot of other things that kill not just children, but all ages,” said Simon Khin, a former software engineer who as a child lived in border areas. “That includes the war, dengue fever, TB, typhoid.”

Khin, who immigrated to Seattle 30 years ago and now runs a refugee-assistance programme, said people who live around malaria generally aren’t as alarmed by its prevalence.

Such acceptance complicates the issue of administering drugs to masses of people, including those without symptoms. WHO isn’t yet pursuing this approach. But with drug resistance now an emergency, it has called for large-scale pilot studies.

Meanwhile, the Gates Foundation is testing mass drug administration in border areas and hopes to treat 250,000 people by 2016.

“There’s a little bit (of) unhappiness or misunderstanding about this with the national programme, but we were not consulted by anyone,” Dr Gawrie said.

Kanyok said he meets regularly with the health ministry and they have a good relationship. In Myanmar, it’s deferring to the government, he said.

“It’s a health and humanitarian issue that everyone can grab on to because people see the results of malaria in the country,” he said. – The Seattle Times/McClatchy-Tribune Information Services