How to spot a good baguette

Not all baguettes are created equal. Avoid loaves with Braille-like dots. Photo: AFP

For hours on a Parisian spring afternoon, a panel of judges tore, chewed, sniffed and inspected hundreds of baguettes before pronouncing a single baton the best of the bunch.

At the 21st edition of Paris’ annual baguette contest Thursday, baker Djibril Bodian of Grenier à Pain in Montmartre cemented his reputation as the best baguette maker in the city for a second time – no small feat given that more than 230 loaves of bread were subject to blind taste tests this year.

To determine the winner, judges evaluate the baguettes based on five factors taste, smell, appearance, doneness and bread texture.

Because, for the French, not all bread is created equal.

For the uninitiated, here’s a primer on how to tell a good baguette from a mediocre one, with tips collected from popular Paris food bloggers David Lebovitz, an American expat and former professional baker, and Clotilde Dusoulier of Chocolate and Zucchini.

- If you see rows of Braille-like dots on the bottom of the loaf, it's been baked industrially – avoid at all costs.

- A good baguette should be sturdy and hold its shape when you pick it up.

- An inferior loaf will have a smooth appearance with regularly spaced holes when sliced. It will taste “cottony” and bland and will dissolve in the mouth.

- A good baguette will have an “apricot-like” aroma.

- A superior loaf will likewise have large, irregular holes inside and uneven colouration on the crust.

- The innards should be pale-ivory in colour and be chewy.

- Look for a sign that reads “Artisan Boulangerie” in the bakery, indicating that the bread is baked on the premises.

- Bakeries that have won the Grand Prix for making the best baguettes in Paris will also have signs affixed to their windows.

Clotilde Dusoulier, the blogger behind Chocolate and Zucchini, says her favourite baguettes have the following characteristics

- a developed flavour from slow fermentation

She says mediocre baguettes have a tougher, darker bottom crust and a softer interior texture and go stale faster. 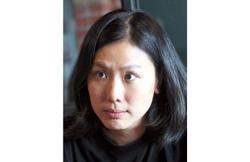 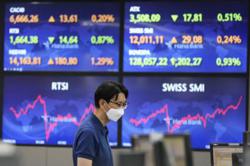