Amuse yourself: You can

MODEST MONDAYS
Everything in moderation is the theme of Modest Mondays, a weekly online cooking column with simple recipes to help counter a weekend of overeating. This time, we cook a seafood chowder that doesn’t take hours to prepare.

A chowder is a creamy seafood or vegetable soup thickened with potatoes and usually containing milk or cream. To get the best flavour, the stock is usually prepared hours before and left to simmer.

At their simplest, chowders use offcuts of fish and bits of leftover vegetables, but better quality fish and seafood, including smoked haddock, can be added. Some versions also include corn and cheese, and may be made with a tomato base.

In some restaurants, the chowder is served in a hollowed out round sourdough loaf. This is particularly popular in San Francisco, which is famous for its sourdough bread.

Clam chowder is usually eaten with saltines or oyster crackers, and here I use those grinning Pepperidge Farm Goldfish crackers as the garnish. They make me chuckle... which makes facing Mondays less painful. 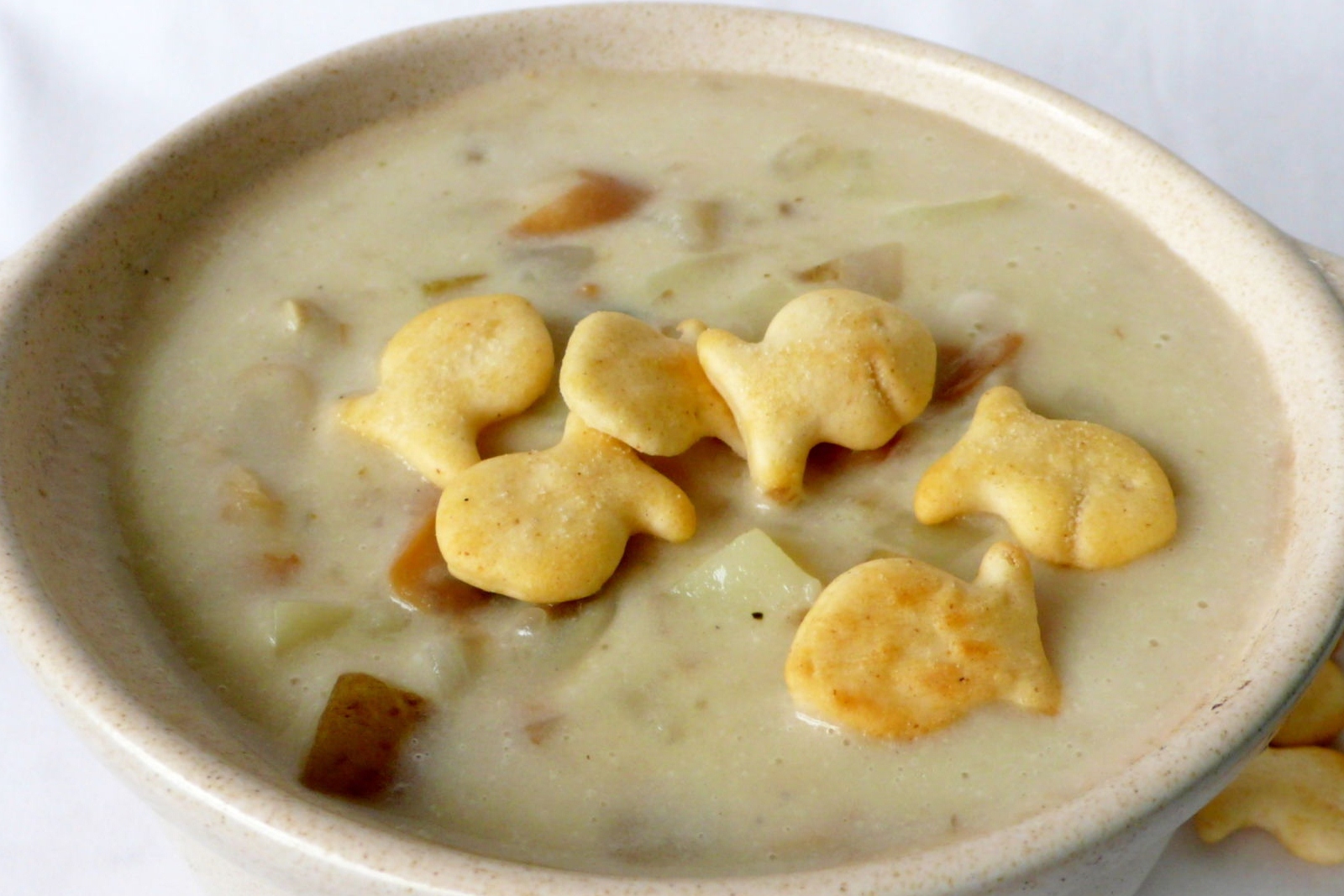 Drain the clams and rinse them well. If desired, roughly chop them up.

Add bacon to a large saucepan and cook on medium low heat until crisp. Remove bacon and set aside. Leave drippings in the pan.

* If not using bacon, melt a tablespoon of butter with a splash of oil instead.

Add the onion and cook until translucent but not coloured.

Dice the potatoes into 0.5cm cubes.

Add to the onions along with the water.

Cover the pot and cook until potatoes are tender, about 10 minutes.

Add milk and seasonings. Bring to a boil. Remove pot from heat and using a hand blender, purée the soup roughly so that it is thick and creamy but there are still chunks of potato.

Season with salt and white pepper.

Return pot to the heat and add clam meat. Cook until clams are heated through.