Drill at the grill

Hakim Clark (in foreground), culinary apprentice at Troop Cafe, mixes Zesty Troop Slaw as he preps for the lunch crowd along with apprentice Jon Skeens at the cafe, in Milwaukee. - Photos Milwaukee Journal Sentinel/MCT

IF the restaurant’s name isn’t a tip-off, the menu of sandwiches reveals that this dining establishment is unusual: B-52 Meatball Bomber, Cuban Pickle Crisis, Buffalo Soldier Chicken Wrap.

Dished up by workers who served their country in uniform, the good food at Troop Cafe belies the nature of the unique restaurant that does double duty as a training programme for veterans seeking jobs in the food and hospitality industries.

The cafe on the ground floor of Veterans Manor in Milwaukee, Wisconsin, serves breakfast and lunch, as well as hot and cold drinks.

Since the nonprofit restaurant opened several months ago, two trainees have found jobs at local restaurants and several more culinary trainees are enrolled in the six- to nine-month programme.

Most of the food is made from scratch – salads, sandwiches, soups, cinnamon rolls, scones and cookies – at the direction of chef Greg Bautista. 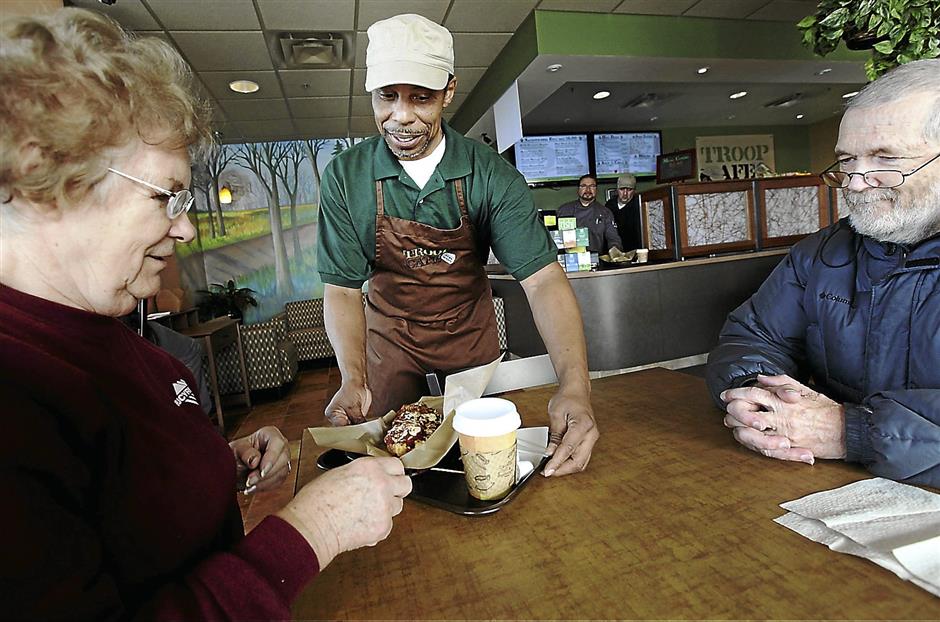 Hakim Clark served in the Army and began training at the cafe recently.

He develops menu items, trains employees and oversees the restaurant. Bautista was initially asked to consult on the menu and ended up joining the venture full time.

“It’s very rewarding. I love coming to work and making a difference,” said Bautista, who was food operations manager for the Milwaukee Center for Independence. “I love bonding with the veterans and seeing them progress through the programme.”

All sandwiches are US$6.99 (RM23), and for US$2.45 (RM8) extra, customers get soda, a cookie and a side dish of coleslaw, baked beans, mashed potatoes and gravy, or potato chips.

Signs on the wall proclaim: “Your Meal, Our Mission” and “Feed Your Hunger, Fuel the Mission.” Breakfast items include English muffin and biscuit sandwiches and breakfast platters like the John Wayne Western Omelet. 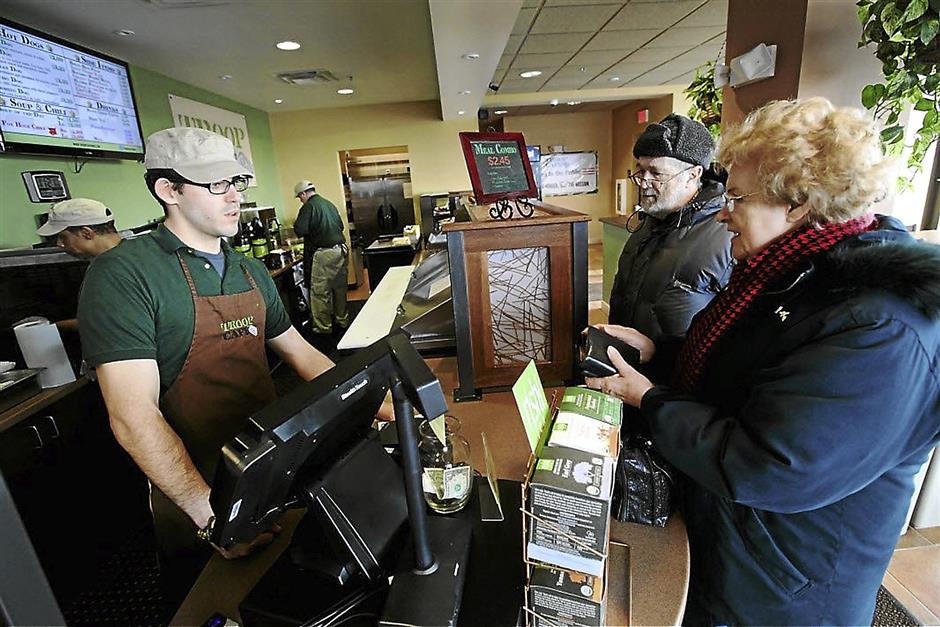 Troop Cafe is open from 6.30am to 3pm. Monday through Friday. It’s also branching out into catering box lunches for local businesses. Customers are neighbours, workers at area businesses, Marquette High School students and folks waiting at the intersection’s bus stops. Some linger to flip open laptops and use the free Wi-Fi and drink coffee.

When Veterans Manor, a 52-unit apartment building for low-income veterans, was in the planning stages, Father Warren Sazama at Marquette University High School across the street suggested incorporating a restaurant into the new facility, said Bob Cocroft, president and CEO of the Center for Veterans Issues. The group provides services ranging from housing to employment programmes.

Cocroft, a retired brigadier general, said Sazama told him that “one of the things that would be an asset to the neighbourhood was a delicatessen or restaurant, to add a food station in what’s perceived to be a food desert.”

“Since we’re in the business of training veterans and finding them employment, we decided, ‘Let’s create a full-scale kitchen where individuals could get training,’” Cocroft said.

Veterans Manor cost a little over US$12mil (RM39.5mil) to build, while the cost to open Troop Cafe came entirely through private philanthropic sources, including a US$250,000 (RM824,000) donation from Harley-Davidson Inc, Cocroft said.

“It’s not quite a break-even enterprise, but we’re working towards that. We can always use more customers,” said Cocroft. “I think we can get to that point. We’re still in our first year of operation.”

Trainees have served in every branch of the military. Most are in their mid-30s to 50s, though one trainee was a Vietnam veteran in his 70s.

So far, no Iraq or Afghanistan veterans have gone through the programme. 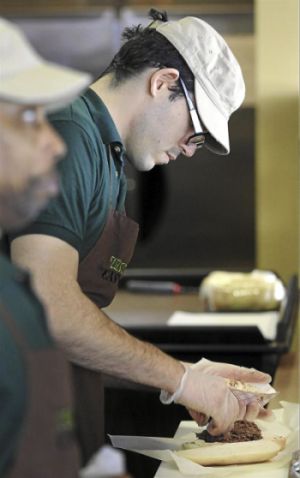 Jon Skeens loves to cook and hopes the skills he’s learning will help him find a full-time job in the organic food industry.

Under Bautista’s tutelage, trainees learn customer service, food handling and safety, the vagaries of timing and temperature in the kitchen, rotation of food stock, sanitation and knife safety.

They start out slowly, prepping salads and making cold sandwiches, advancing to hot food and learning how to make soups and sauces.

Among the four current trainees is Rick Kruchten, who spent 10 years in the Navy as a cook. He saw an e-mail about Troop Cafe and submitted an application. With his experience, Kruchten has become a leader and mentor to the other trainees.

“We have a responsibility not just to what we’re doing on a daily basis, but to the programme,” said Kruchten, who hopes to work in food service at an assisted-living centre for seniors.

“I love being here, and I hope everybody who walks through the door feels the same pride in the programme.”

Jon Skeens, a Milwaukee native who served in the Marines from 2006 to 2010, had just left a seasonal job at Yankee Candle when he learned of the programme.

He loves to cook and hopes the skills he’s learning will help him find a full-time job in the organic food industry. His dream job? Working for Outpost Natural Foods.

“It’s great. In a way, it’s like being back in the service, though we’re not walking around with weapons,” said Skeens, a vegetarian who Bautista hopes will create a vegetarian sandwich for Troop Cafe’s menu. – Milwaukee Journal Sentinel/McClatchy-Tribune Information Services