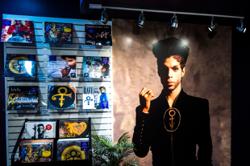 Legendary R&B diva Patti LaBelle will be showing off her cooking chops in a new show that will air this holiday season.

The singer has been given her own show on The Cooking Channel called Patti LaBelle's Place, a series of six half-hour episodes that will debut in December.

LaBelle will host the series which will feature a roster of some of her celebrity friends like 50 Cent, Gayle King, and fashion stylist Joe Zee.

Kicking off the series will be an hour-long special for friends like Whoopi Goldberg, her Dancing with the Stars partner Artem Chigvintsev, and Destiny Child's Michelle Williams.

LaBelle's recipes are classic Americana dishes and comfort foods from the South like her "Over the Rainbow" macaroni and cheese, crab cakes, roasted leg of lamb with rosemary-lemon rub, mashed sweet potatoes and sauteed string beans with garlic.

The series follows on the heels of a one-off show she hosted by the same name last year, following the runaway success of her sweet potato pie line sold at Walmart.

She owes much of its success, however, to YouTube personality James Wright, whose video praising the pie went viral.

It's not the first time she's parlayed her singing career into cooking. LaBelle has written a trio of cookbooks called Recipes for the Good Life, LaBelle Cuisine – Recipes to Sing About and Patti LaBelle's Lite Cuisine.