Dates, 'fruit of paradise', are here for Ramadan

One of the oldest fruits in the world, the date can trace its origins back to 3,000 BC and has been harvested in the Middle East and North Africa for over 5,000 years. In Islam, the date is significant as Muslims break their fast with it during the holy month of Ramadan.

This is in tandem with the teachings of Prophet Muhammad, who initiated the practice of breaking fast with dates and advocated for all Muslims to do the same. In Islam, dates are revered and described as one of the “fruits of paradise”.

The age-old tradition of eating dates for the breaking of fast has continued in the modern world, and the length and breadth of dates in the market have diversified greatly.

Dates are grown primarily in the Middle Eastern and North African belt, with Egypt leading the pack in terms of production, according to 2014 data from the Food and Agriculture Organisation (FAO) of the United Nations. The other top-producing date countries include Iran, Algeria, Tunisia, Saudi Arabia and Iraq.

Interestingly, while dates have long proliferated in arid deserts and require little rainfall to thrive, the date palm tree needs plenty of underwater irrigation to grow.

According to the article "Date Palm: Biology, Uses and Cultivation", published in HortScience, dates go through four growth stages, and change colour from green to brown once totally matured. The sugar content in dates increases as it ripens, changing from about 20% of the date content to a whopping 88% of dry matter at maturation.

ALSO READ: Get to know these 9 types of dates

Dates are available in many forms, and are largely divided into three categories: soft, semi-dry and dry. The classification simply refers to the ripening stages of the fruit, meaning that a dry date has less moisture than a soft date.

The texture of a soft date is soft and pillowy while a dry date is one that is harder, with a more wrinkled exterior and a higher percentage of sugar.

Mydin stocks over 70 different kinds of dates and orders supplies up to a year in advance. Photo: The Star/Raymond Ooi

In contrast, the term “dried dates” refers to a completely different process where dates are dehydrated to disperse the moisture content.

There are an estimated 3,000 cultivars of date palm worldwide, but just a few are important in the global market.

The Medjool (or Medjoul) is one of the best known for quality and taste and for its large fruit. Known as the King of Dates, it is a soft date that is luscious and has a rich, caramel-like flavour.

The Queen of Dates is the Deglet Nour, a high yielding, semi-dry date that is the leading date in terms of export, according to the FAO.

The names of dates sometimes originate from the point of source – Bam, for instance, is a date variety named after the region that it is grown in Iran. But this isn’t a blanket rule as not all date names have a geographical indication. Safawi, for instance, is a popular date that doesn’t have a corresponding namesake city or region.

In Malaysia, the dates that tend to be popular during Ramadan are reflective of how much people are willing to spend, depending on their income levels, according to Mydin division manager Muthu Krishnan.

“I would say the middle and lower income group go for budget ranges like the Boostan Bam and Tunisian branch dates whereas for middle and upper income groups, they go for Ajwa dates, Medjool and Mariami that are more premium,” he says.

According to Datuk Wira Dr Ameer Ali Mydin, date consumption during Ramadan and even during non-Ramadan periods has increased tremendously. Photo: The Star/Raymond Ooi

Mydin managing director Datuk Wira Dr Ameer Ali Mydin says sometimes psychology is at play when people choose their favourite dates. “You know why people like to buy the Tunisian branch dates? Because when they look at it, it comes with the branch, so they think it’s very fresh.”

According to Tesco Malaysia’s product director Kenneth Chua, the most popular brand in Tesco is the ubiquitous local brand Yusuf Taiyoob, which Tesco introduced in the market a few years ago. Based on Chua’s observations, dates that do well in the market include the Saudi Arabian Safawi and the more luxurious Ajwa.

In Malaysia, date sales soar during Ramadan. At Mydin, over 70 different kinds of dates (called kurma locally) are available and Muthu says over the past two years, date consumption and purchase has skyrocketed to the point where the company now orders 20,000kg of dates during Ramadan, as opposed to 15,000kg just over two years ago. According to Muthu, about 90% of these dates eventually get sold during the Ramadan month, with the rest sold throughout the year.

An inside source from hypermarket Giant says he too has seen tremendous growth in the date market. This year alone, Giant has brought in 160,000 boxes of dates for the holy month and the source predicts that the growth trend will continue.

While a myriad of dates are available from all over the world, both Mydin and Giant offer affordable dates under their in-house banners. Giant’s Deglet Nour and Mazafati dates are packed in Iran and Tunisia while Mydin’s MyRasa brand offers a vast variety of dates from Rabeah to Mariami and even the relatively rare Zahidi, all generally sourced from Iran.

Medjool is one of the most popular date varietals in the world and is often called the king of dates.

According to Muthu, sales from the MyRasa brand account for about 20% of total date sales during Ramadan.

While conventional dates still form the cornerstone of date consumption, there has also been an increase in supply and demand for more exotic premium date flavours like chocolate-coated, coconut-coated, almond-filled, honey and sesame seed and a whole lot more.

Younger consumers seem to be more taken with these sorts of dates, perhaps because they prefer the taste of these delicacies, which are reminiscent of bonbons.

Chua says chocolate dates are largely targeted at kids, but he has noticed that “suppliers have innovated with flavours like chocolate or coconut-coated, almond fillings and many more”.

Ameer, meanwhile, says these sorts of dates have become increasingly popular for gifting. “If you want to give people something different, you give dates with almonds, and this is a very good gift,” he says.

While most of the retailers agree that consumers prefer to spend under RM10 on dates during Ramadan, with the preferred size for most families being a standard 500g box, Ameer says many shoppers are willing to fork out more to buy larger quantities of dates to give to orphanages or mosques during Ramadan.

Peak purchase takes place three days before Ramadan when everyone is rushing to get their supply. Sales dip after that, but pick up two weeks into the fasting month when many families have run out of dates.

Why dates during Ramadan?

Fasting all day long can take its toll on energy and blood sugar levels and because of the high natural inverted sugar content (fructose and glucose) in dates, they offer an instant perk-me-up. According to dietitian Lim Ai Leng of Gleneagles Hospital Kuala Lumpur, 100g of dates contain approximately 250 kcal. “Due to its nutritional values, dates replenish energy and revitalise the body instantly, making it suitable food for breaking fast,” she said.

Dates are also high in essential minerals like iron, phosphorus, potassium, magnesium and zinc as well as vitamins A and K. According to nutritionist Alexandra Prabahara, as dates are naturally high in sugar, moderation is key when consuming dates during Ramadan. “I recommend having 3-5 dates and not more than that per day,” she said.

Choosing dates is a matter of preference. Some people prefer soft dates, while others like semi-dry or dry dates. Sometimes price plays a role and other times, certain brands or countries reign supreme.

In general though, Ameer cautions against buying dates with prices so low, they seem too good to be true. “When people sometimes sell dates very cheap, it could be last year’s stock that has been in the chiller for a year,” he said.

In Malaysia, local supermarkets and hypermarkets stock a wide variety of dates from the Middle East and North Africa, to cater to the increasing demand for date consumption during Ramadan. Photo: The Star/Yap Chee Hong

Another thing to consider? The carbohydrate and caloric content in soft, semi-dry and dry dates versus dried dates. According to Lim, the variance can be pretty huge. “Dried dates have higher calories compared to fresh dates. Gram for gram, fresh dates have half the calories and carbohydrates of dried dates,” she said.

Sugar is also a concern. If you’re trying to limit your sugar intake, read the fine print on the packaging. As dates already contain high levels of sugar, consuming chocolate-coated dates and other enhanced dates can significantly increase your sugar intake.

While dates are pretty hardy and can be stored for months in a cool cupboard, softer dates like the Bam need to be refrigerated as they are more susceptible to rot. “This is the most sensitive date compared to all the other dates. It will not last, you’ve got to put it in a chilled environment. If you don’t, it will start going bad after a month,” said Ameer.

Dates , 'fruit of paradise' , are here for Ramadan 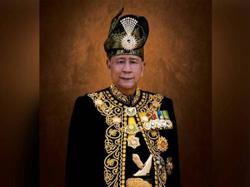