What is the world’s most sexy red wine? You could make a case for Domaine Laurent, the world’s first Tongkat Ali-infused red wine. Tongkat Ali is after all, the aphrodisiac that many Malaysian males swear by.

It has been Professor Liu Min’s dream to marry Tongkat Ali and red wine to create a truly Malaysian wine brand.

It took him over a decade to find the right winemaker to make his dream wine. Through a mutual friend, Liu Min met Count John Umberto Salvi, a Master of Wine registered with the London-based Institute of Masters of Wine.

Born in Britain, Salvi – who has Italian ancestry – has been living in Bordeaux, France for over 50 years. He is a Bordeaux wine specialist, writer and winemaker, and has over 60 years of experience in the industry. He is also a consultant winemaker to Chang Yu Pioneer Wine, China’s oldest wine producer, and one of the largest wine producers in the world.

Liu Min broached Salvi with his rather wild card idea for a wine in January this year and the wine master surprisingly did not pooh-pooh the proposition.

On the contrary, he was excited by the idea of making the world’s first Tongkat Ali-infused wine. The experimentation and R&D work started almost as soon as the idea was presented to him.

“It definitely was a challenge because Tongkat Ali has such a strong and distinctive bitter taste. We had to find a way to match it with the right grape, one which is strong enough to hold its own taste without being overpowered by the herb,” says Salvi.

“The idea was to make a wine that was enjoyable and nice to drink, and at the same time had tonic properties.”

The R&D work took place at a winery in Kuala Lumpur. The winery has been in operation for about five years and is capable of producing 30,000 to 50,000 bottles of wine each month. Jia De Bao Group Malaysia struck a deal with the winery to produce Domaine Laurent exclusively for them.

Salvi, who is also the consultant and brand ambassador for Domaine Laurent, frequently visited Malaysia during this period to give his input on the wine. Many tasting samples were air flown to France when Salvi couldn’t visit the winery in KL. 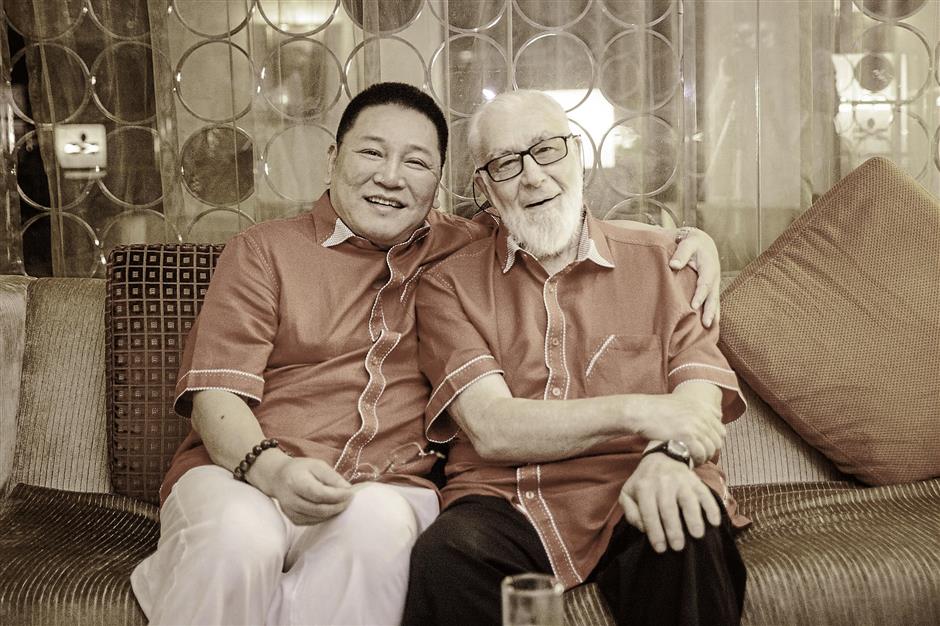 Eventually, both parties agreed that the infusion works well with Merlot which produces supple wine with fruity flavours of blackberries and plum.

The grapes were sourced by Salvi from various wine regions in France. (Update: According to an Oct 8 press statement by Jia De Bao Group, the grapes are now sourced from Australia and other countries.)

They also found the perfect quantity of cold-pressed extract of Tongkat Ali – at RM2,800 a kilogramme – to add to the mix.

“The amount of Tongkat Ali we add in the wine is not enough to make it bitter, but it gives it a slightly herbal taste,” says Salvi.

While wine purists may scoff at this marriage, Taylor’s University College Senior Food and Beverage lecturer Reuben Suresh Arthur says that infused or fortified wines and other alcohols are popular and have been made since ancient times. 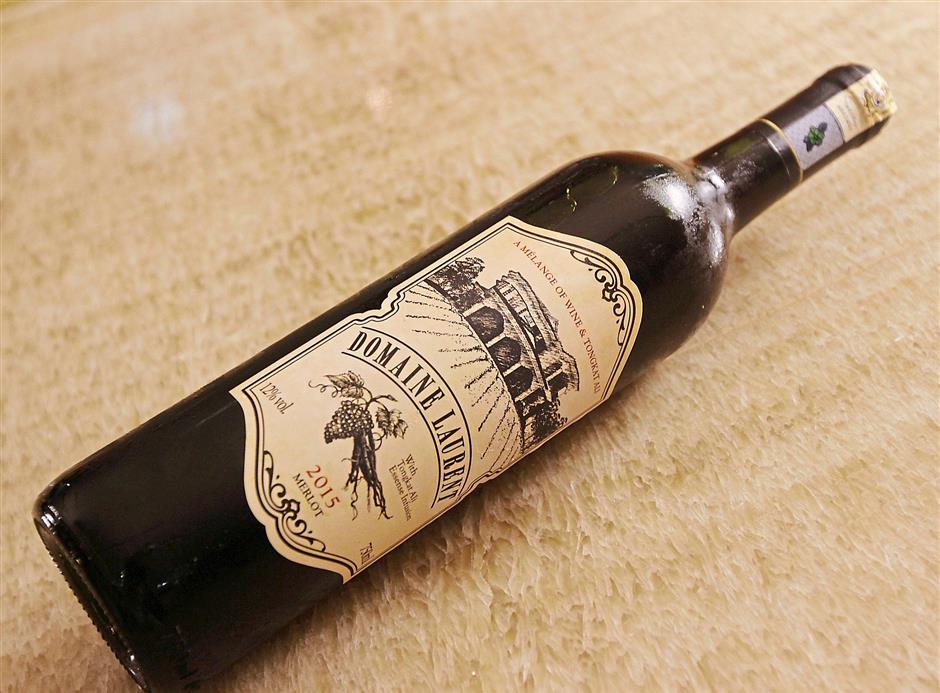 Domaine Laurent has a light herbal flavour and may be an acquired taste for some. Photo: The Star/Samuel Ong

“Domaine Laurent, however, is definitely an acquired taste. The first time I tried it, it had quite a musty nose, smelling like an old cupboard that has not been aired for years,” says Arthur, who had the chance to taste Domaine Laurent even before the launch.

“On that occasion, the wine was served at our room temperature,” says Arthur, who recommends serving Domaine Laurent at its ideal service temperature of 10-12°C.

To Salvi, the wine’s unique character lies in the bitter element from the Tongkat Ali.

“It enhances the flavour of the red wine – giving it a light, fruity, mid palate and long aftertaste,” he says.

At the official launch of Domaine Laurent in Subang Jaya in Selangor, guests had the opportunity to taste and purchase the wine. Domaine Laurent has a limited release of 8,000 bottles, and is only sold through private auction.

At the launch, three bottles of Domaine Laurent were auctioned off, with the bottles fetching up to RM1,600, a price tag equivalent to that of some Bordeaux grand cru wines – not bad for a made-in-Malaysia wine.

“The value of this melange of Merlot and Tongkat Ali reflects the demand for the herb,” says Liu Min.

“But what is most unique and valuable about Domaine Laurent is not just about the prized herb, but the infusion of Tongkat Ali with red wine – a world’s first.”

Now, the million ringgit question: how much Domaine Laurent will one have to drink to enjoy Tongkat Ali’s infamous hot rod effect?

Update: On Oct 19, 2015, additional information was included on the source of the grapes.