Expected to reach Pluto in July 2015, New Horizons wakes up from a 9-year sleep in preparation for its date with the dwarf planet.

After nine years and a journey of 4.8 billion km, NASA’s New Horizons robotic probe awoke from hibernation on Dec 6 to begin an unprecedented mission to study the icy dwarf planet Pluto and sibling worlds in its Kuiper Belt home.

A pre-set alarm clock roused New Horizons from its electronic slumber at 3pm EST, though ground control teams didn’t receive confirmation until just after 9:30pm. New Horizons is now so far away that radio signals travelling at the speed of light take four hours and 25 minutes to reach Earth.

The scientific observation of Pluto, its entourage of moons and other bodies in the solar system’s frozen backyard begins Jan 15, 2015. The closest approach is expected on July 14. 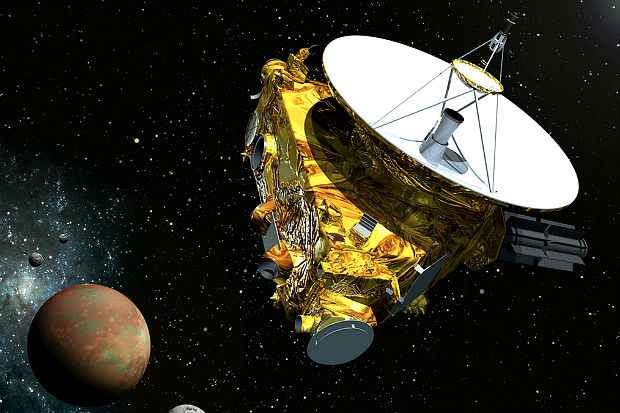 Date with a planet: An artistic depiction of NASA's New Horizons approaching Pluto, which is expected to rendezvous with the dwarf planet on July 14, 2015.

“It’s hard to underestimate the evolution that’s taking place in our view of the architecture and content of our solar system as a result of the discovery ... of the Kuiper Belt,” says lead researcher Alan Stern.

Since its discovery in 1930, Pluto has been a mystery. Scientists struggle to explain why a planet with a radius of just 1,190km – about half the width of the US – could come to exist beyond the giant worlds of Jupiter, Saturn, Uranus and Neptune. “We wondered why Pluto was a misfit,” says Stern. 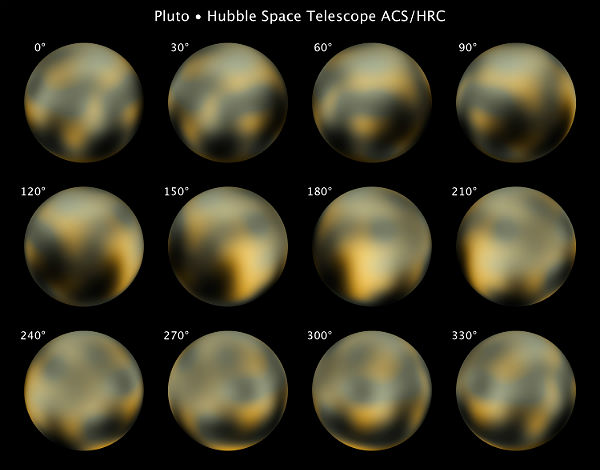 "Is that you, Pluto?" When it reaches Pluto in July 2015, New Horizons will be able to beam our first clear images of the dwarf planet. So far, these blurry images by the Hubble Space Telescope are all that we know of its visage. – NASA

In 1992, astronomers discovered that Pluto, located about 40 times farther away from the sun than Earth, was not alone in the far reaches of the solar system, prompting the International Astronomical Union to reconsider its definition of “planet.”

In 2006, with New Horizons already on its way, Pluto was stripped of its title as the ninth planet in the solar system and became a dwarf planet, of which more than 1,000 have since been discovered in the Kuiper Belt.

However, in September this year, at a debate organised by the Harvard-Smithsonian Centre for Astrophysics, the audience voted very much in favour of putting Pluto back in the planet family. So, the final answer of whether or not Pluto is a planet still has the potential of going either way.

But planet or not, with New Horizons approaching Pluto’s doorstep, scientists are eager for their first close-up look at this unexplored domain. And the rest of humanity, of course. – Reuters