The Battle of Penang 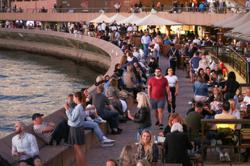 Ripples of warfare in far-flung Europe touched the shores of Penang on Oct 28, 1914, when a German ship attacked Allied vessels in a surprise one-day offensive off the coast of George Town.

Just a few months after World War I broke out, a historic battle took place just off this country’s coast, in October 1914. While Malaya’s suffering during World War II is well known, few are aware of the import and scale of what is now called the Battle of Penang.

During WWI, Penang was a principal British port, used as an intermediary to ship cargo, merchandise and military personnel and equipment between East Asia and Britain. Due to the political and military alliances of the war, the harbour was also put to use by French and Russian forces allied with the British.

Ripples of warfare in far-flung Europe touched the shores of Penang on Oct 28, 1914, when a German ship attacked Allied vessels in a surprise one-day offensive off the coast of George Town.

“Von Muller thought that the massive French cruiser Dupleix was in Penang, and sinking her, despite her superior fire-power, would achieve glory for Germany in a way that commerce-raiding could never do,” explains Dr John Robertson, a retired British psychiatrist with a military background who published The Battle Of Penang in 2012.

A covert strike was launched just before daybreak by the Emden, which had already established a record for single-handedly sinking over 20 Allied merchant ships without being intercepted.

Cloaked in radio silence and rigged with a mock smoke stack in a successful imitation of British vessels, the Emden entered Penang waters undetected and promptly launched its attack against the docked Allied ships.

By the time the German national flag was raised and a torpedo was launched against Russian light cruiser Zhemchug, it was far too late for Allied ships to respond. The Zhemchug, which had been sent East as a military escort for French and British ships, sank after taking numerous artillery blows from the Emden; 89 sailors died and 143 were wounded.

The Mousquet was sunk off Muka Head in 1914 by the Emden’s daring raid.

The Emden then fired another torpedo at French destroyer Mousquet, which was just returning to port from patrol. That attack claimed 47 men, with 36 remaining crew taken as prisoners of war by the Emden. Three of the prisoners succumbed to their injuries later; in an act of chivalry and in honour of his adversaries – in a time when such deeds were often overlooked – Von Muller awarded the three a burial at sea with full honours.

The other prisoners were moved to Sabang, Sumatra, which was then neutral territory as part of the Dutch East Indies.

Immediately after the Battle of Penang, the island’s locals were quick to extend a helping hand to the injured and gave them whatever treatment was available.

“Many Russian sailors drowned and Penang Hospital was overwhelmed with Russian casualties. They were cared for by local people and ex-pats for many months before repatriation to Vladivostok, Russia. Many of the injuries were appalling and needed great skill and dedication from local Penangites, who fished them out of the harbour and then nursed them back to health,” says Dr Robertson.

Although an attack on Penang had been anticipated, British harbour authorities failed to implement adequate safety measures despite repeated warnings from French and visiting British commanders, says Dr Robertson.

“At first (after the battle), the British tried to muzzle the local press, and then, in a singular act of perfidy, the British government blamed their own allies – the French for cowardice and the Russians for incompetence. Neither was true, but that version of events has stuck for the past 100 years ... ’til now!” he claims.

Indeed, the officer in charge of the Zhemchug, Commander Cherkassov, was later court-martialled and found guilty of negligence for being absent from his ship during the attack.

As with many triumphs of war, the Emden’s victory was not long celebrated. Only 10 days later in the Indian Ocean, the German vessel was sunk by an Australian light cruiser, the HMAS Sydney, in the Battle of Cocos. Some 134 crewmen of the Emden fell in the battle and 69 were wounded. Von Müller and other survivors were made prisoners of war.

Today, the memory of the little known battle in Penang waters is preserved by memorials erected on the island in honour of the Allied fallen.

On Jerejak Island, Penang’s very own former Alcatraz, there is a memorial for two crew members of the Zhemchug. Another tribute can be found in the Western Road Cemetery in the shape of an anchor, with the sacrifice made by the Russian soldiers etched in stone.

According to Dr Robertson, the Emden’s raiding in the Pacific – which played havoc with the essential trade routes of the French and British empires – left a lasting impression and influenced later-day naval tactics.

“Nobody realised it at the time, but it demonstrated the extraordinary effectiveness of commerce-raiding in modern naval warfare, a strategy that was later pursued by submarines with such deadly effectiveness in the Atlantic by the German Admiral Karl Donitz in WWII,” he says.

“The blame for the loss of those two warships, with their appalling loss of life, has hitherto always been laid at the feet of the French and the Russians. This myth has now been exploded, and both the Russians and the French, on this 100-year anniversary, can hold their heads up and be proud of themselves, knowing that they were not to blame for the loss of so many of their brave sailors and countrymen on that fateful day.”

The Battle Of Penang by John Robertson is available at a 20% discount through its distributor, Gerakbudaya. E-mail gerak@gerakbudaya.com, call 03-7957 8342 or go to gbgerakbudaya.com/bookshop.

The Great War: Remembering the ‘war to end all wars’ 100 years on

The Christmas truce: When the fighting stopped for one day

Eight technological advances that resulted from World War I

The war in moving pictures 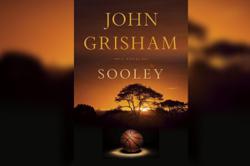