We are seeing more building materials that are less destructive to the planet.

HERE’S a phrase to remember: passive buildings. These offer a different approach in building green. Instead of reducing carbon emissions by generating alternative power, these buildings simply do not require much electricity in the first place because they are insulated from the heat through the right materials used in roofs and walls and are oriented away from direct sun.

As interest in green buildings grow, the industry is responding by introducing more green construction materials that promote passive cooling in buildings. Many have a green edge because they use recycled materials, are lighter, and provide better heat and acoustic qualities over normal bricks. Here are some of them:

One might be wary of stepping into a building where the floors consist of plastic balls but there are many such buildings in Europe and the United States. Bubbledeck, concrete floor slabs fabricated with rows of plastic balls encased within, have been in use in Europe for the past 15 years.

Bubbledecks are set to make an appearance locally next year as clay bricks manufacturer Brick Dotcom is building a factory in Bukit Berunting, Selangor, to produce the slabs under licence from its inventor.

The balls create air pockets which displace the concrete, so less is needed. The air pockets also lighten the slabs, so less piling is needed in the building foundation. The balls range in size from 18cm to 39cm and will be made from recycled plastic waste. Despite the plastic balls contained within, the slabs are just as strong as conventional ones as there is a reinforced steel mesh within.

Getting the construction industry to have faith in building floors containing plastic balls might be a tough call but company director Gary Ng is convinced by the technology.

“That’s why we are investing in the system. It can replace the present method of building slabs. Thousands of buildings in Europe are built this way. The advantage is not just in the slabs but in the whole structure because you will need less foundation, columns and beams. It will be cheaper as the whole building will be lighter so less materials are needed.”

A block of autoclaved aerated concrete (AAC) looks like a piece of sponge. But it is the tiny air bubbles contained within that colour the building blocks a shade of green. Depending on the manufacturer, the blocks consist of 40% to 70% air voids, which make them light and have good thermal insulation features.

Introduced in Europe in the late 1920s, they are now accepted worldwide as an innovative building material due to their many benefits and recycled material content. AAC blocks were introduced in Malaysia in the early 1990s but usage has only picked up in recent years with the growing interest in greener construction materials and also rising cost of conventional clay bricks.

CSR and Kim Hoe Thye Industries are the two Malaysian companies currently manufacturing AAC blocks. While the former started production in 1995, the latter only set up its factory in Muar, Johor, in March. In Kim Hoe Thye Industries’ AAC blocks, the main raw materials are cement, sand and lime while recycled content of gypsum and fly ash make up less than 20%.

“AAC blocks give good insulation as the heat that is conducted is only a quarter that of normal concrete. This prevent heat from building up inside buildings. In one hotel built using the blocks, up to 30% savings in the electricity bill was observed,” says Tan.

The characteristics of AAC blocks, however, raise some construction challenges. “It needs skilful workers and suitable tools for proper installation, otherwise, there could be cracks,” says Tan. And as its strength is lower than concrete’s, the building has to be designed accordingly to suit this feature.

AAC blocs are mostly used in high-rises as its lightweight properties can save structural costs of up to 30% since less steel and concrete are needed in foundation works.

Over at Bukit Mertajam, Penang, waste dust from a quarry is being turned into bricks by Exxomas Biobricks.

Company director Queen Yee says the dust is collected and compressed into bricks using a patented vibration technology which took years to develop.

“We’re cleaning up the air and reducing waste at the same time,” she says of the green bricks, which have a 94% content of dust, bonded by a minimal amount of cement. The product was first commercially manufactured a year ago.

Wood fibre is the main material in Duralite panels. The wood wool cement board is made from shredded wood that is impregnated and bonded under pressure with cement to form construction blocks. When assembled and plastered over, they can form external and partition walls, ceilings and roof deckings, among other things.

Wood wool cement boards were first developed in the 1920s but Duralite started manufacturing them here 10 years ago, using technology and machinery from Germany.

The panels consist of one-third wood wool and two-third cement, and are said to offer good thermal and acoustic properties, and are fire-resistant.

“The good thermal insulation reduces the need for air-conditioners and promote energy conservation,” says company chief executive officer Datuk Dr Abdul Aziz Muhamad. “There is some 30% to 40% savings in electricity. And being lightweight, there are also savings on foundation piling, concrete and steel.”

The factory is sited in Gua Musang, Kelantan, in order to be near sources of wood. Timber from fast growing and commonly found species such as kelampayan, batai and telinga gajah are used.

“My company has been making the panels for 10 years but it is only now that I’m beginning to see more interest from the construction industry. It is not easy to change the mind-set from bricks,” says Abdul Aziz.

Among the buildings which have used Duralite panels are Shangri-La and Penaga hotels in Penang, Cozzi Hotel in Port Dickson, a school in Seremban and a bungalow in Kenny Hills, Kuala Lumpur.

Abdul Aziz says the material was also used in the reconstruction of Aceh, Indonesia, following the 2004 tsunami as homes built with the boards can withstand tremors. 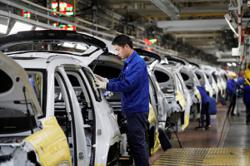 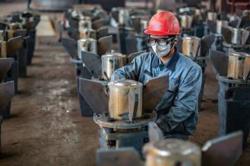