SHE ruled the squash courts back in the 1990s, winning the Asian Women’s Championship in 1996.

Leong first went to the United States in 1999 at the age of 18 to further her education. She spent her first few months in Philadelphia, Pennsylvania, staying with squash buddies.

“The big part of why I moved here was to figure out what I wanted to do with my life and to finish my high school education,” said Leong, 29, via e-mail.

From Kota Baru, Leong then got accepted at St George’s School in Rhode Island, a boarding school where she obtained her high school diploma in 2001.

“It was mostly academics and squash for me when I first arrived. Lots of changes being on my own and lots of growing up to do but it was a great, life-changing experience.

“All my family members were in Malaysia, but I had a lot of friends here in the States, who were kind enough to give me all the support I needed,” she said.

Leong then enrolled at Trinity College in Hartford, Connecticut, to pursue her Bachelor of Arts degree in studio arts and photography.

“There, I was recruited for squash and played for the team for four years from 2001 until I graduated in May 2005,” said Leong, who first started playing the game when she was five.

After graduation, she spent some time coaching in San Francisco and New York.

“My life after college was heavily involved in coaching because my work visa only allowed me to work in squash,” said Leong, who is currently in the process of getting her Level 3 coaching certification.

She then moved to Rye, New York, in 2005 before settling down in New Haven in 2007 with her husband, an Asian-American endodontist with his own practice there.

“As head pro, I am always bombarded with challenges, making sure my programme does well at the club, growing the programme, dealing with clients and making sure they are happy.

“I also need to motivate my students and provide them with the best training programme and best squash experience possible.

“The biggest challenge is to keep my head together even in (the most trying situations),” she said.

When asked to relate her lowest point in life, Leong said it was losing the World Junior Championship in 1999. However, rather than squash her spirit, it proved to be a blessing in disguise.

“That was a turning point for me to finally tell myself that I was not really enjoying being a professional squash player anymore and it was time for me to choose between life or squash.

“I chose life and I am so happy I made the right decision to move on. I would not trade my life now for anything else in the world.

“I am also very blessed to have the love and support from family and friends, especially from my loving husband who has been nothing but absolutely supportive of what I do,” said Leong, who got married in 2008.

“I love my job as head pro. It is not easy to find a job that you enjoy doing and I feel that I have that in life.”

Squash aside, she dabbles in a variety of activities from travelling, taking long drives and playing video games to knitting.

“I have to say planning for trips is one of my favourite activities and when I am on a trip, I love to try out different foods and wines,” said Leong, who also enjoys working out.

Having been photo major, photography is another hobby she indulges in.

“I have not really had a chance to pursue photography but that’s part of my life-long goal. I am more of a humanity photographer and love to document and tell stories about people’s lives,” she shared.

Aifa the only Asian for PSA young player award 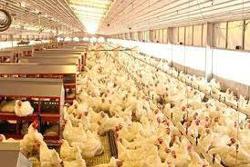