Healthy ageing: A guide on how to improve your physical and mental wellness

Dr Mehrdad Ayati synthesises his experience and the latest research on nutrition, exercise and geriatric medicine into a book that emphasises healthy lifestyle choices.

When geriatrician Mehrdad Ayati first met Lee Katz in 2011, he encountered yet another patient – and her spouse – who were in despair over the conflicting and contradictory information they received in her care.

Lee was in a downward spiral of multiple chronic conditions that would lead to her death in April 2013 at age 84.

But the different specialists who rotated in and out of her case made things worse, with mix-ups and questionable interventions that took her in and out of the hospital and added to her suffering, husband Martin Katz says. 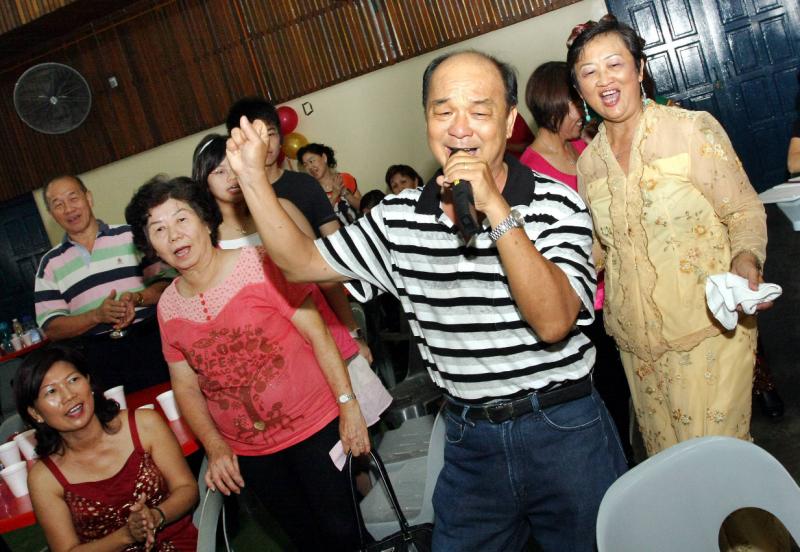 “They didn’t know what one another was doing,” says Katz, who is a retired pharmaceutical researcher and executive. “Then Dr Ayati appeared on the scene. He started looking at the entire patient, her personal and social history, all her medical problems.”

Dr Ayati coordinated Lee’s care and the information coming at them from different directions.

“He put it all together,” Katz says.

What Dr Ayati did for Lee, he is now doing for everyone in his new book, Paths To Healthy Aging. This “guidebook,” as Dr Ayati calls it, is designed as a concise overview of the basic ways people can improve their physical and mental health and enjoy life as they age.

Dr Ayati is an assistant professor at the Stanford School of Medicine and treats geriatric patients at the Stanford Medical Centre and the Veteran’s Administration hospital in Palo Alto, California. He specialises in providing comprehensive care with a focus on prevention.

With his wife and co-author, Arezou Azarani, who has a PhD in physiology, he synthesises his experience and the latest research on nutrition, exercise and geriatric medicine into a book that emphasises healthy lifestyle choices.

Dr Ayati says those choices can be just as important as cutting edge medicine in fending off many common complaints, from high blood pressure to sleep disorders, from depression to frailty. These choices include eating a balanced diet, exercising regularly, being socially involved, and pursuing creative, stimulating activities. Dr Ayati also is a fan of keeping things simple and affordable when it comes to eating better and exercising.

People don’t need to join expensive gyms or start a strenuous programme, he says. “Physical health is achieved by persistent and enjoyable workouts,” he says.

“There is so much information out there, but it’s hard to know which information is valid,” Dr Ayati says. “My goal is to simplify the journey.”

Dr Ayati loves working with older patients, in part because he was born and raised in Iran, where the culture reveres its elders.

“They are considered very sage, are highly respected and have a central position in the family and their community,” Dr Ayati says. “Grey hair is considered an asset, and the day you get your first grey hair, you don’t dye it – you brag about it.”

Unfortunately, he works in a specialty facing a shortage of experienced practitioners. About 80% of adults 65 and older require care for chronic conditions. To meet their needs, the United States would need about 17,000 more geriatricians, according to the American Geriatrics Society.

When students show an interest in geriatrics, Dr Ayati gives them all the encouragement he can. One thing he especially likes about geriatrics is that doctors are encouraged to spend much more than just 10 minutes with patients, who typically have a complex set of medical issues.

For Ayati, some of that time is spent just talking to patients and learning their work and family history and how they live.

“I learn a lot from my geriatric patients,” he says.

Dr Ayati uses that same conversational approach in his book to correct misconceptions, including his view that people should stay away from nutritional and vitamin supplements unless a doctor has found a serious deficiency that needs to be addressed. Taking too much vitamin D, for example, can be toxic, he says. Generally, people can get all the nutrients they need by eating a balanced diet.

Dr Ayati devotes a chapter to the problem of over-medication, because he has seen too many patients suffering the ill effects of taking drugs they don’t need.

Sometimes misdiagnosis can lead to the “drug cascade syndrome,” where doctors pile on medications to treat the side effects of other medications.

He recalls one patient who ended up in a skilled nursing facility after falling at home and breaking his hip. This downward spiral started sometime earlier when the man went to see his primary care doctor for depression.

The doctor prescribed anti-depressants, but failed to get to the root cause of the depression. The man had restless leg syndrome, which caused him to lose sleep and go through his days exhausted, unable to concentrate or remember things.

After his wife died, Katz, 87, signed Dr Ayati as his geriatrician. The two have also become friends.

Katz says he is in excellent health and admits he is “genetically blessed”. Despite his background in pharmaceuticals, Katz shares Dr Ayati’s belief that less is better when it comes to drugs.

Most importantly, he has “an avocation”. He has taken up sculpting, and this artistic endeavour keeps him physically active, challenges him mentally and constantly introduces him to new people.

He began learning to sculpt in the early 1990s, even before he retired. He had never thought of himself as artistically inclined; he was just curious. Many workshops and classes later, he has launched a second career as a professional artist.

“I dreaded seeing those retired guys following their wives around at the supermarket,” he says. – San Jose Mercury News/Tribune News Service

Prescriptions for mental and physical health from geriatrician Mehrdad Ayati.

> Vitamins aren’t necessary unless a doctor identifies a deficiency, and be wary of nutritional supplements. You can generally get all your nutrients through a balanced diet of mostly whole, organic foods; limit your intake of canned, frozen or instant foods, as well as alcohol and caffeine.

> Find a hobby, or sign up for a class. Trying a new subject or activity can challenge you mentally and physically.

> Don’t just hang out with seniors; find ways to spend time with people of all ages.

> Keep in touch with your network of friends.