An enabler or a pawn: Who is the real Ghislaine Maxwell? 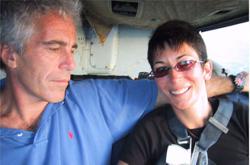 Ghislaine Maxwell spent the first half of her life with her father, a rags-to-riches billionaire who looted his companies' pension funds before dying a mysterious death. She spent the second with another tycoon, Jeffrey Epstein, who died while charged with sexually abusing teenage girls.

Now, after a life of both scandal and luxury, Ghislaine's next act will be decided by a United States trial.

Starting Monday, prosecutors in New York will argue that even as she was sipping cocktails with the likes of Prince Andrew, Bill Clinton and Donald Trump, Maxwell, 59, was secretly abetting Epstein’s crimes with girls as young as 14.

A key question for jurors: Was Ghislaine an unwitting pawn of Epstein’s manipulations or an opportunist who knew all about his sex crimes?

Ian Maxwell says his sister is being railroaded by a US criminal justice system intent on holding someone responsible for Epstein’s crimes.

"And she is paying a heavy price, a blood price for that,” he told The Associated Press.

In the lap of luxury

Ghislaine grew up at Headington Hill Hall, a 51-room English country mansion where politicians, business leaders and newspaper editors attended lavish parties punctuated by trumpeters and fireworks. BBC images from the time show Ghislaine as a child with a kid-size plate of food, circling in a party dress, learning how to be a master networker.Her father, born Jan Ludvik Hoch, was one of nine children of Yiddish-speaking parents in a village in what is now southwestern Ukraine. Escaping the Holocaust, he ultimately joined the British Army, rising to the rank of captain and transforming himself into Robert Maxwell.

After the war, Maxwell built on his military connections to buy the rights to German scientific journals, the beginnings of a publishing empire that ultimately included the Daily Mirror, one of Britain’s biggest tabloid newspapers, as well as the New York Daily News and the book publisher Macmillan.

Along the way he married, fathered nine children and was twice elected to Parliament. He also earned a reputation for boorish behavior and bullying subordinates. 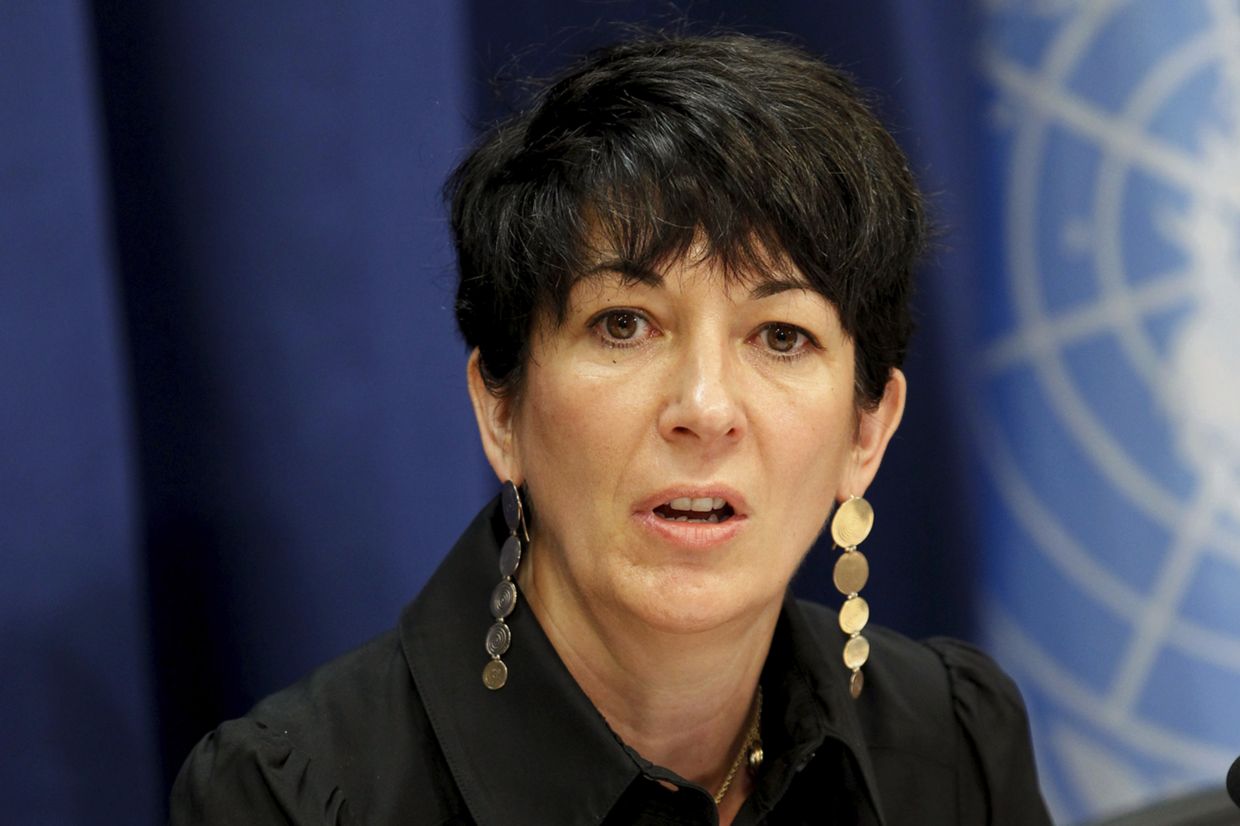 Ghislaine is to go before a federal jury in Manhattan later this month on charges she groomed underage victims to have unwanted sex with the late Epstein. Photo: AP

Ghislaine was Maxwell's youngest child, born on Christmas Day 1961. Her brother Michael was severely brain damaged in a car accident just days later at age 15, although he lived for another seven years.

Her mother, Elisabeth Maxwell, wrote in her memoir that she and Robert were so focused on their injured son that their baby daughter was overlooked. So neglected was Ghislaine that at the age of three she stood in front of her mother and said, "Mummy, I exist!”

"I was devastated,’’ Elisabeth Maxwell wrote in A Mind of My Own: My Life with Robert Maxwell.’ "And from that day on, we all made a great effort with her, fussing over her so much that she became spoiled, the only one of my children I can truly say that about.’’

While studying history at the University of Oxford in the early 1980s, Ghislaine began building contacts of her own, including Prince Andrew, who would later invite her and Epstein to Windsor Castle and Sandringham, Queen Elizabeth II’s country estate.

After graduating, she worked for her father in a variety of roles. In 1991, at age 29, she became his US emissary after he bought the Daily News amid efforts to compete with fellow media tycoon – and New York Post owner – Rupert Murdoch.

Later that year, Robert Maxwell fell off his yacht – the Lady Ghislaine – in the Canary Islands and died in what some saw as an accident and others a suicide. Investors would discover his wealth was an illusion: He had diverted hundreds of millions of pounds from his companies’ pension funds to prop up his empire.

Soon after her father’s death, Ghislaine Maxwell was photographed sitting next to Epstein during a memorial at the Plaza Hotel.

John Sweeney, a longtime British journalist and creator of the podcast Hunting Ghislaine, told the AP he believes that "after the monster her father died, she found a second monster."

"Maxwell stole hundreds of millions of pounds from people who were dependent upon his good word; Jeffrey Epstein turned out to be a darker figure, a worse human being,” Sweeney said.

Ian Maxwell said his sister’s relationship with Epstein developed after the family advised her to remain in the US because the Maxwell name was "in the dirt” at home. Amid the family's reputational and financial woes, she had to make her own way in New York and forge new friendships, he said. 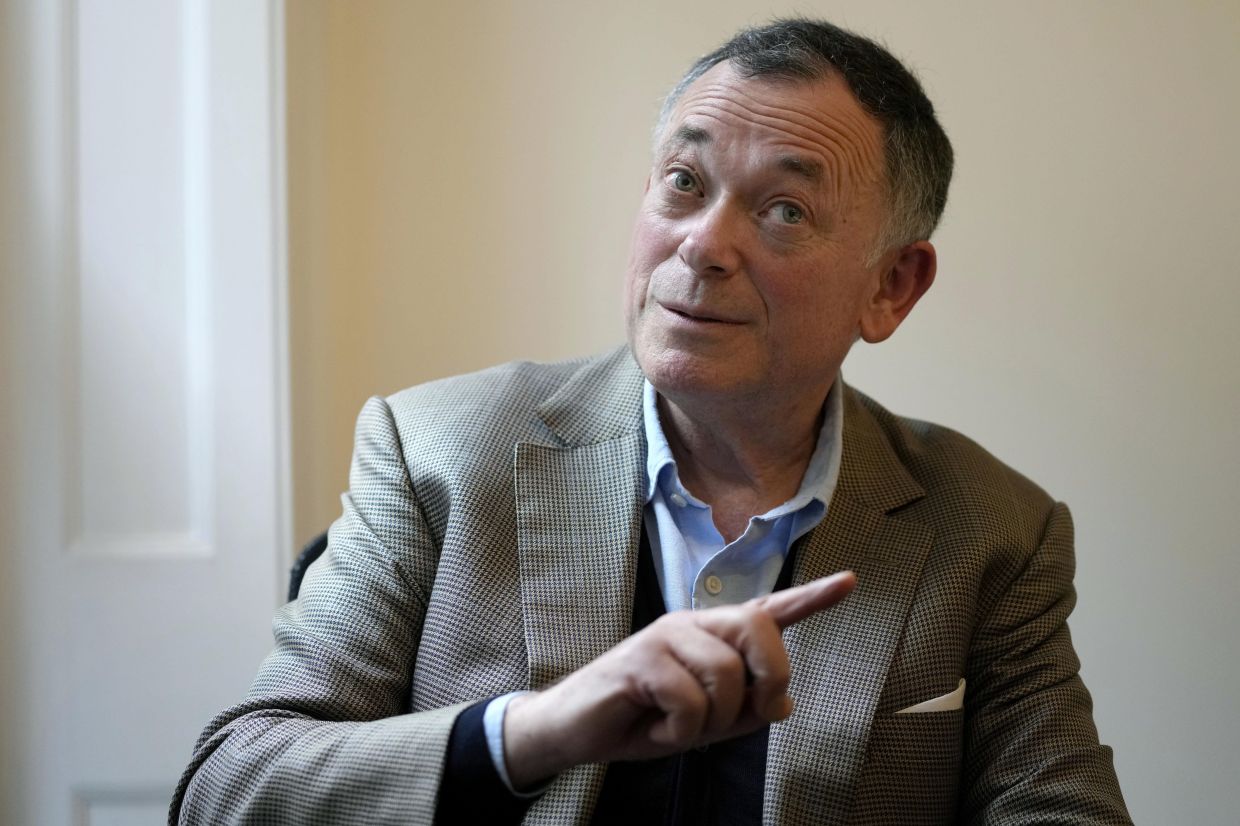 Ian Maxwell, brother of Ghislaine, says the prosecution is designed to break a woman targeted by authorities desperate to blame someone for the late financier’s crimes. Photo: AP

One of those was with Epstein, a onetime teacher who built his own fortune on the back of contacts like the former CEO of the parent company of lingerie retailer Victoria’s Secret.

"My father was a powerful man – you know, an alpha male, really. And when you have that kind of experience, all of us, all of the brothers and sisters have had to somehow deal with that,” Ian Maxwell said. "Ghislaine was no exception. But clearly to then say, ‘Well, you know, he dies, then she moves along to the next rich man.’ I just don’t buy that.”

In sworn testimony for an earlier civil case, Ghislaine acknowledged that she had a romantic relationship with Epstein but said she later became his employee, tasked with things like hiring staff for his six homes.

"I hired assistants, architects, decorators, cooks, cleaners, gardeners, pool people, pilots. I hired all sorts of people,’’ Ghislaine said during a deposition in April 2016. "A very small part of my job was to find adult professional massage therapists for Jeffrey. As far as I’m concerned, everyone who came to his house was an adult professional person.”

But in 2005, Epstein was arrested in Palm Beach, Florida, and accused of hiring multiple underage girls – many students at a local high school – to perform sex acts. He pleaded guilty to a charge of procuring a person under 18 for prostitution and served 13 months in jail.

Years of civil litigation followed, in which women accused Epstein and Ghislaine of sexual abuse. Prosecutors in New York revived the case and charged Epstein with sex trafficking in 2019, but he killed himself in jail before he could face trial.

The indictment against Ghislaine is based on accusations from four women who say she recruited them to give Epstein massages that progressed into sexual abuse. One was just 14 at the time. Ghislaine sometimes participated in the sexual encounters and was involved in paying at least one accuser, prosecutors allege.

Annie Farmer alleges she was 16 when she was tricked into visiting Epstein’s New Mexico ranch under the guise of attending an event for college-bound students. But when she arrived, there were no other students. She said Ghislaine tried to groom her by taking her to the movies and shopping, and giving her an unsolicited massage while the teenager was topless.

The AP does not identify people who say they were victims of sexual abuse unless they come forward publicly. Although she is not identified by name in court documents, Farmer has described her experiences in interviews with ABC and The New York Times. When Ghislaine – a citizen of the US, Britain and France – sought bail, Farmer asked the judge to deny it, calling her a "psychopath.”

"I do not believe that... any of the women she exploited will see justice if she is released on bail,” Farmer wrote in a letter to the court. "She has lived a life of privilege, abusing her position of power to live beyond the rules. Fleeing the country in order to escape once more would fit with her long history of anti-social behavior.”

Virginia Giuffre, who has filed a related civil lawsuit against Britain’s Prince Andrew but isn't part of the criminal case, has described Maxwell as a "Mary Poppins” figure who made young girls feel comfortable as they were being lured into Epstein's web.

Giuffre alleges she was 17 when she was flown to London to have sex with Andrew at Ghislaine’s house. Other encounters with Andrew occurred at Epstein’s homes in Manhattan and the US Virgin Islands, according to her lawsuit. Andrew denies the allegations.

Prosecutors say Ghislaine went into hiding after Epstein's suicide, moving into a gated New Hampshire home she bought for US$1 million, with a husband her lawyers have declined to publicly identify, and wrapping her cellphone in foil to ward off hacking.

Ghislaine was just protecting herself from the press, her lawyers said in court papers – a notion US District Judge Alison J. Nathan rejected.

Nathan repeatedly denied Ghislaine bail, deeming the risk of her fleeing too great. The judge’s decision has left Ghislaine isolated at the Metropolitan Detention Center in Brooklyn, confined to a small cell equipped with a toilet and a concrete bed. Ian Maxwell said imprisonment is preventing his sister from receiving a fair trial.

Ghislaine has remained mostly silent about the Epstein allegations over nearly two decades, but in a 2016 deposition in a civil case, she said she learned about the allegations against him "like everybody else, like the rest of the world, when it was announced in the papers.’’

She said she never saw Epstein getting massages from anyone under 18 and that no one ever complained to her that Epstein demanded sex.

With Epstein gone and no apparent recordings of alleged incidents that occurred two decades ago, the trial will likely hinge on the women's allegations and Ghislaine’s denial.

A jury will soon decide who it believes. – AP 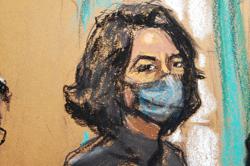 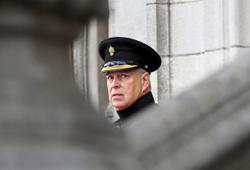 Starchild: Malaysian children love balloons in all shapes and sizes
Knit one, purl two: Crafty men who love to knit
Short skirts cause road accidents? Chauvinistic ban called an 'attack on women'
Denmark's queen a favourite for modernising the monarchy, sidestepping scandal
With more girls pregnant, Zimbabwe pushes for a return to school
Helping others benefits us too
Prince Harry sues for UK police protection
A right to belong in Malaysia
Starchild: Malaysian children enjoy camping outdoors
Championing the rights of children in Malaysia Premium