Half the people surveyed in the nationwide study believed in rape myths and attribute rape to the way a woman dressed and behaved. Photo: Unsplash/Ehimetalor Akhere Unabona

SINCE the start of the pandemic last March, crisis calls to the Women's Aid Organisation (WAO) helpline have shot up by 214% and the volumme of calls have remained high till now.

"By the end of the year, we would have handled some 15,000 throughout the pandemic," says WAO executive director Sumitra Visvanathan.

"We have had such a tough year. The pandemic was challenging for all, but especially for women. WAO has been struggling to cope with the influx of crisis calls and women who have experienced violence, especially domestic violence.

"We are also intensively working to help B40 women weather their economic challenges through skills building and entrepreneurship support.

"Given the experience this year, we want to emphasise that ending violence against women and girls begins and ends with us all. We, as Malaysians, need to step up, reflect on our social norms and standards of behaviour, understand our roles and make a strong push to end this scourge on women, girls and Malaysia as a whole," says Sumitra.

Today is the International Day for the Elimination of Violence against Women (IDEVAW) and marks the start of the 16 days of activism, a global campaign to end gender-based violence that ends on Dec 10, Human RIghts Day.

The 16 Days of Activism against Gender-Based Violence aim to raise public awareness and mobilise to end violence against women and girls worldwide.

For Sumitra, and the other advocates for women's and children's rights and safety, the campaign is an opportunity to create awareness of the role of every individual in ending violence.

A 2014 study by University Sains Malaysia’s Kanita centre found that one in 10 ever-partnered women in peninsular Malaysia have faced domestic violence.

"This is a shocking statistic," says Sumitra.

Attitudes and perceptions, she says, are critical in understanding the issue of violence against women (VAW) and its prevalence. In order to assess the prevalence of violence-endorsing attitudes within Malaysian society, WAO conducted a national study on Malaysians’ understanding of and attitudes towards gender equality and VAW, specifically domestic violence, rape, sexual harassment, stalking and child marriage. The study surveyed 1,000 respondents with the help of Ipsos, a market research firm and the sample was "nationally representative in terms of gender, age group, ethnicity, income group as well as regional distribution". 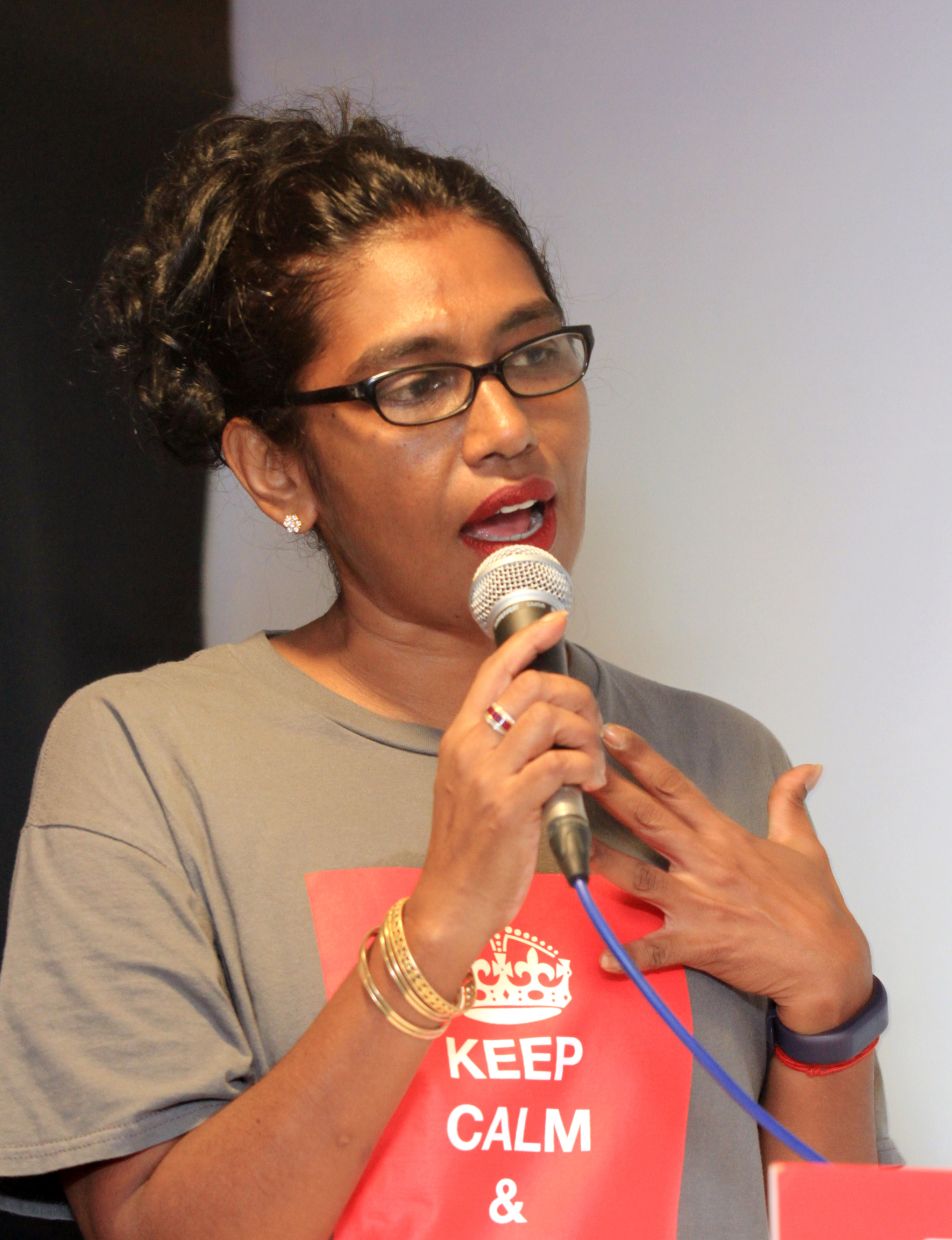 We need to look at our norms, behaviour and conduct that accept, normalise and perpetrate violence against women. Malaysians must do more to actively and positively challenge and reverse such attitudes, says Sumitra. Filepic

The preliminary results shows a prevalence of attitudes that endorses violence and, shockingly, questions the need for an equal society. For example, only 46.3% of Malaysians surveyed supported the idea of gender equality; only 41.2% disagreed with the idea that men made better political leaders than women and only 38.5% felt that women were equally capable or made better bosses than men. The survey also showed the prevalence of victim blaming attitudes with 51.3% believing that rape happens because "women do not take care of how they act" or "women do not take care of how they dress" (49.1%).

"I would like to underscore that there are only a small number of women’s NGOs in the country providing VAW services. The Welfare Department is severely under resourced. We need strong and sustained public investment in the social protection sector to address this critical issue. VAW in Malaysia is at crisis levels, and action is needed now," stresses Sumitra.

Help us help you

The Women's Centre for Change in Penang is urging both the government and the public to help women's organisation like theirs help women and children in distress by supporting the work that they do, through funding or by helping spread awareness about VAW and women's empowerment and rights.

"There was certainly an increase in VAW cases during the pandemic and women's organisations have been providing critical services on the ground. We help the Women's Ministry by handling a significant chunk of cases throughout this period which has shown our significant contribution.

"It is the government's duty to prevent VAW and promote and protect women's rights and as a significant part of the effort we need to be resourced adequately to be able to do our work. We hope the government can provide us with regular grants to carry out these services," says WCC's programme director, Karen Lai. 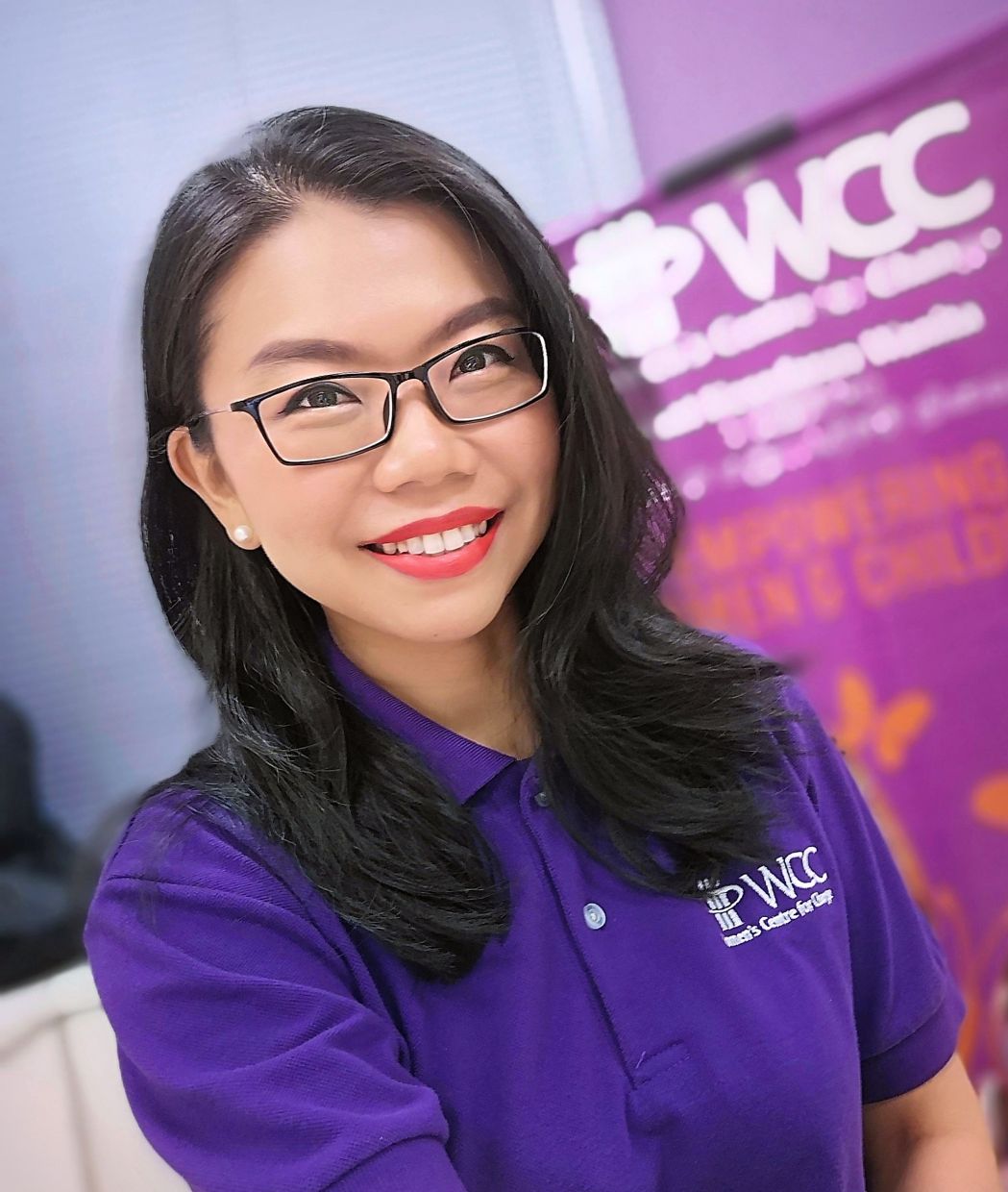 The government must send a clear message of zero tolerance towards rape culture, says Lai.

The public, too, can play their part in ending VAW and helping victims of domestic violence and all types of gender-based violence.

"An immediate way the public can help is to contribute financially to women's groups. If you want to help but don't know how, this would be a good way to ensure that we are adequately resourced to be able to support victims," she says adding that WCC echoes the global call to step up measures to end violence against women.

For IDEVAW, WCC is focused on four areas in the fight against violence: calling for funding for women's organisations to be able to reach out and advocate for survivors of violence, providing better response to survivors, preventing violence in communities and better data collection.

"Preventing VAW in communities is an ongoing effort. VAW is so widespread and we really need to get to the root of the problem and show zero tolerance in society towards rape culture in order to prevent violence.

"The rise in tolerance and insensitivity towards rape and violence which is evident in rape culture and rape jokes is unacceptable and something we all need to stand up against.

"Everyone in society can play a part. How? Support the work of women's organisations, amplify our material, speak up and walk the talk in your homes, workplaces. And, support survivors," concludes Lai.