Pregnant women rarely get information on breastfeeding during prenatal visits and turn to smartphone apps or websites - often funded by formula firms - for advice. Photos: AFP

Unregulated, aggressive promotion of formula milk, poor medical advice, short maternity leave and workplaces hostile to nursing mothers mean China has among the lowest breastfeeding rates in the world and is falling well short of its own targets, experts warn.

Just one in five of the nation's babies are exclusively breastfed for the first six months of life, a recommendation set by the World Health Organisation (WHO). This is less than half the global average, according to UNICEF's 2019 breastfeeding scorecard, and far below the Chinese government's aim to have 50 percent of mothers nursing by this year.

Authorities are now launching a push to promote the practice including building more baby care rooms in public places such as parks and railway stations and teaching doctors and nurses about the benefits of breastfeeding - but experts and mothers say this isn't enough.

Mary Zhang stopped nursing after one month. She developed mastitis - a painful inflammation of the breast that can lead to fever, infection, and in some cases hospitalisation - but doctors gave her inaccurate information on how to treat it, leaving her in agony and struggling to feed her infant.

"Nothing worked. I was in pain and my baby was crying," recalls Zhang.

She adds: "So my mother started giving formula. Once the baby got used to the bottle, he refused to latch. I couldn't breastfeed."

Only 12% of babies in China are born in hospitals where staff have lactation knowledge, according to UNICEF.

But the biggest challenge comes from relentless and misleading formula advertising after the government repealed a code of conduct, set by WHO, regulating its marketing. 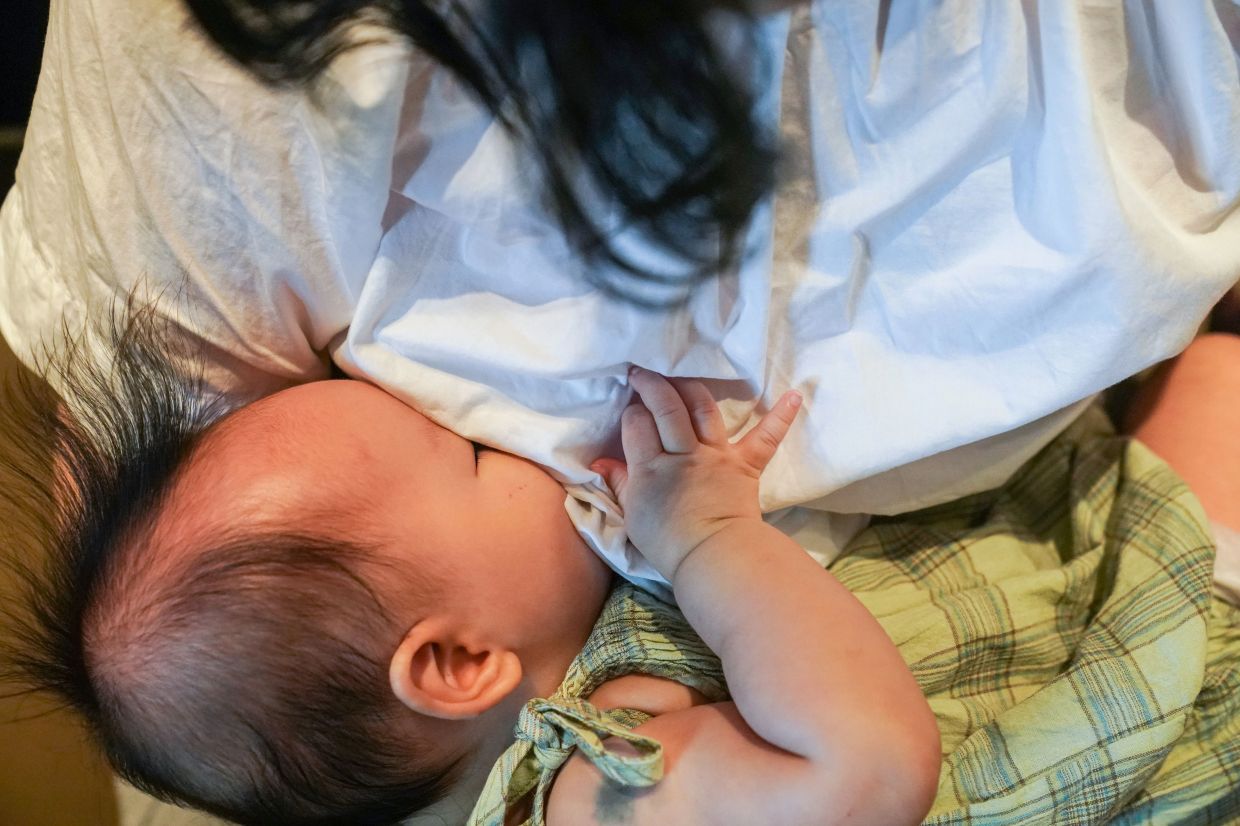 Authorities abandoned the guidelines, which restricted the marketing of substitute milk and prohibited health workers from promoting it, even after brands selling baby food -- including Danone -- were found to be offering money to doctors to push their products.

China's infant formula market was valued at US$27 billion last year and is set to grow 18% to about US$32 billion by 2023, according to Euromonitor.

"Infant formula is now advertised as having the same nutrients as breast milk, which is a total lie," Fang adds.

It is also now marketed in hospitals and clinics.

"Most women bring milk powder tins when they come to give birth. They are afraid they might not produce enough milk. It's a myth propagated by the formula lobby," explains Liu Hua, a nurse at Beijing Obstetric and Gynaecology hospital.

Pregnant women rarely get information on breastfeeding during prenatal visits and turn to smartphone apps or websites - often funded by formula firms - for advice, she added.

China's patriarchal structure exacerbates the issue, Liu says, because husbands "rarely help with co-feeding" or other household chores so instead grandparents assist.

But as that generation were the first to get "brainwashed" by formula ad slogans of the 1980s making misleading claims such as "only hungry babies wake up at night" it can exacerbate problems, Fang says.

"In the first few days after giving birth, my mother-in-law blamed me for not having enough milk, and insisted I give formula. It made me doubt myself. I got very depressed. I even thought of committing suicide... I felt so inadequate" recalled Ran Qian, a mother from Suzhou.

The Dairy Association of China, which includes many formula firms, did not respond to requests for comment. 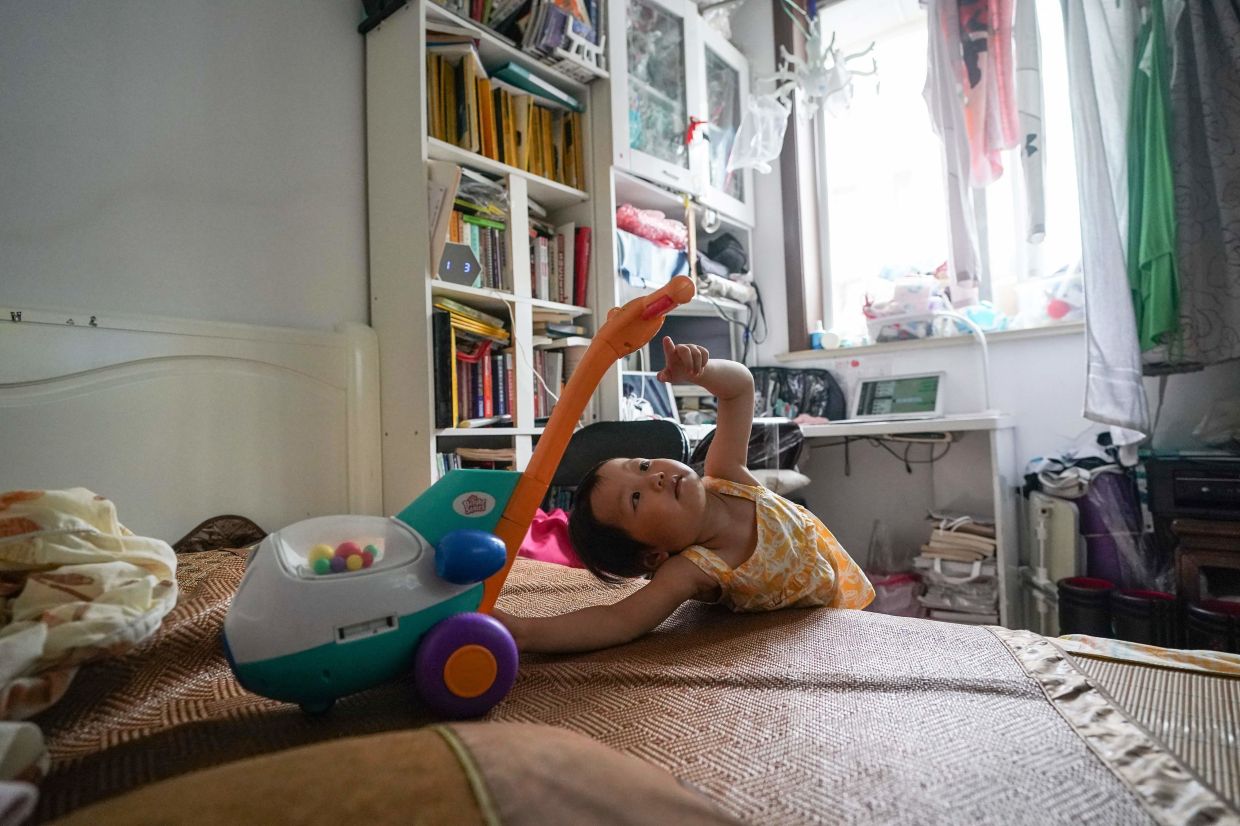 Research found that China could save US$223.6 million in treatment for early childhood illnesses such as pneumonia, diarrhoea and asthma if 90% of babies were exclusively breastfed.

"Pressure from misguided grandparents to give formula or water or follow old traditions is one of the main reasons that China has a very low rate of exclusive breastfeeding in the first six months of life," Liu says.

Previous government attempts to improve the situation have failed woefully. In the 1990s authorities set an ambitious target to get 80 percent of babies exclusively breastfed but this was dropped by the year 2000. It was revised to 85 percent consuming breast milk alongside formula -- but even this could not be reached.

There are no figures yet for 2020, but Fang and other experts say the current target to have 50% of babies breastfed for their first six months will be missed.

A study by The Lancet found the lives of 800,000 children lives and US$300 billion in healthcare costs could be saved globally each year, if all infants were exclusively breastfed to six months.

The same research found China could save US$223.6 million in treatment for early childhood illnesses such as pneumonia, diarrhoea and asthma if 90% of babies were exclusively breastfed.

WHO advocates nursing in combination with food after six months to two years or beyond, citing the immunological boost it provides as well as the nutritional benefit - but just 5% of mothers in the country do so.

A lack of awareness has led to stigma against nursing in public.

Nursing mother Wang Chao said she was heckled at a restaurant when nursing her four-month-old by a man who thought it was "unsightly", while Shanghai-based mother Chao Anya was branded a prostitute by a stranger who accused her of "flaunting nipples" as she breastfed her baby on a bus.

"China is still a hostile place for nursing mums," she concedes.

Mothers are guaranteed only around four months of paid maternity leave under Chinese law. And while women are allowed to take an hour to pump or nurse at work there are few provisions in place.

Some fear being penalised for taking "time off" to do it.

"There is a certain level of discrimination from company management," said Tang Kun, a public health researcher at Tsinghua University.

Maggie Rui, a human resource manager at a film studio in Beijing, says she was forced to pump in a toilet.

"Those who say don't cry over spilt milk have never pumped," Rui adds, recalling how the cramped, unhygienic cubicle afforded little space -- meaning she often knocked over her milk.

China's National Health Commission last month issued a notice urging hospitals to establish breastfeeding hotlines and classes for new parents, and ran a series of adverts on social media, television and newspapers urging women to breastfeed "to protect their baby".

But Tang insists a systemic overhaul is needed, warning that the government's approach is "not going to help because people have to be taught the skills to breastfeed".

"Policy makers need to focus on the lack of lactation specialists at hospitals, peer education, and how to create a supporting family environment," he says, adding that authorities also need to regulate formula firms to protect new parents.

Education is vital, he says, suggesting workshops for the entire family during prenatal visits, and even using popular TV soaps to deliver the right information without pressure.

For some, the case is clear. Chao Anya takes her child to client meetings and is not afraid to nurse "any time, anywhere."

She explains: "Some clients are shocked, but others support my behaviour. I just tell them, my breastmilk is the best I can give my child and I won't settle for anything less." - AFP