Svetlana Tikhanovskaya was an English teacher with no political ambitions. Until her blogger husband was arrested and denied his shot at running. Photos: AP

But in a tale worthy of a Hollywood script, in a matter of weeks the 37-year-old has gone from an unknown to the strongest rival to Belarus strongman Alexander Lukashenko, who is seeking a sixth term in the August 9 poll.

Tikhanovskaya says she is contesting the election to get her jailed blogger husband out of prison and win much-needed freedom for the ex-Soviet country of 9.5 million people.

"I love my husband very much so I am continuing what he started," she said.

"I love Belarusians and I want to give them an opportunity to have a choice."

Tikhanovskaya, an English teacher by training, only made the decision to stand for president in May.

Her husband Sergei Tikhanovsky, a popular 41-year-old YouTube blogger, had been detained and could not submit his own presidential bid in time. Tikhanovskaya has been dubbed "an accidental Joan of Arc."

Despite a lack of political experience, she has quickly emerged as the country's top opposition figure, with tens of thousands taking to the streets to support her bid.

In speeches, Tikhanovskaya calls herself an "ordinary woman, a mother and wife" and pumps up crowds with calls for change.

She acknowledged that she is standing despite receiving threats.

Her husband has been accused of plotting mass unrest and collaborating with Russian mercenaries, claims that Tikhanovskaya has called "very scary."

Their five-year-old daughter and 10-year-old son have been taken abroad for their own safety.

Tikhanovskaya stresses that if elected, she would free her husband and other detained opposition figures and hold fresh polls. Tikhanovskaya's simple but direct speeches have gone down well with voters.

Her bid has prompted scepticism from some, while others have compared her to historical heroines.

The Village, a Minsk-based news site, called her "an accidental Joan of Arc."

"You're a wife of a Decembrist!" one supporter shouted at a rally, referring to 19th-century aristocrats who followed their husbands into Siberian exile.

Hesitant in early television appearances, she has won praise for recent speeches.

Allocated live slots on state television, she listed alleged lies by Lukashenko's regime, repeating: "They won't show you this on television".

Belarusian Nobel-prize winning author Svetlana Alexievich has said she will vote for Tikhanovskaya.

The brunette says that she lacks the "massive charisma" of her husband, who has travelled round Belarus interviewing ordinary people for hard-hitting videos. Image-wise, Tikhanovskaya has pulled off a transformation with help from Veronika Tsepkalo, whose ex-diplomat husband Valery Tsepkalo was barred from standing, and Maria Kolesnikova, campaign chief of ex-banker Viktor Babaryko.

Image-wise, she pulled off a transformation with help from two women with more experience and political drive.

These are Veronika Tsepkalo, whose ex-diplomat husband Valery Tsepkalo was barred from standing, and Maria Kolesnikova, campaign chief of ex-banker Viktor Babaryko who was also dropped from the polls and is in jail.

The two women, more sharply dressed and confident speakers, flank her at rallies - with one Belarusian news outlet nicknaming them "Charlie's Angels."

Tikhanovskaya has started wearing her hair down and swapped severe dark clothing for pastels.

She has also revealed her talent for languages: she gave an interview to the BBC in fluent English - in contrast to Lukashenko is not known for language skills.

However, she has appeared uncomfortable over mounting pressure to explain her political views.

Asked about the key issue of Russian-annexed Crimea, she said it is Ukrainian but de facto Russian, adding: "Don't torment me any more." - AFP 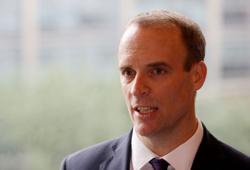