Dear Thelma: Frustrated with a man who can’t let go of his 'ex-wife' I’ve been in a relationship with a married man since 2016. He is divorcing his wife and they have an eight-year-old son. I’m in my 30s and single.

Currently, he is in the midst of settling his divorce but the hearing is still pending in court. The reason why the divorce did not happen earlier was because of finances, and some issues with his son and ex-wife.

The problem now is, every time he talks about his past, he addresses his ex-wife as his “wife”. Actually, on paper it’s still legal but they separated a long time ago.

He is always bringing his past into our relationship, from the day I knew him.

In the beginning, I tried to understand and accept it. But, after so long, he still talks about it. When I ask him about it, he says that he can’t forget his past and that it would just spill into our conversations.

I feel he hasn’t gotten over his past. We plan to get married some day. But when he still addresses his ex-wife as his “wife “and talks about his past, it kind of pushes me away from this relationship. It’s also damaging our relationship.

We have been constantly arguing and quarrelling for a very long time due to this and his impending divorce. Being with a married man who has baggage is a big challenge for a woman like me. But because of love, I choose to stay.

Deep down in my heart, it is very stressful for me.

Each time I tell him how I feel about this, he just doesn’t seem to be sensitive towards me.

He does not sound like a single man; he talks like a family man – and you’re not part of that. Therefore, I think you should go back to basics.

When you start a relationship, it should be with someone who is available, both emotionally and legally. You may make an exception under very special circumstances, if you’re willing to take on the risk that many people separate and then get back together again.

In your case, the man was not available. He’s got a child to parent, there are all kinds of paperwork issues and money is a problem as well. That’s quite a burden!

As for the emotional issues, it’s essential to talk to friends. Divorce is crushing, especially if there are children involved. However, when negotiating a divorce, a new partner should not be involved. There are just too many conflicts of interest and boundary issues.

At the very least, you need to take a giant step backwards and let him deal with his marriage. Make a rule that he can talk to his friends, his lawyer or his ex about it, but not you. That should cut down on some of the fights while you consider your future.

I’m concerned that you may be taking it too much day by day instead of seeing the big picture. Here’s what I thought when I read your letter.

You say you have plans to marry. Do you have a timeline? What if the divorce takes another three years? Or five?

Then you need to factor in that it’s never a good idea to marry immediately after a divorce as people are still raw.

Your boyfriend will need to spend some time finding his balance.

And, while I don’t mean to scare you, he may decide to remain single. People who experience marriage breakdown are sometimes too hurt to commit again.

But supposing you do tie the knot, you will have to share him with his son and his ex – at least another 10 to 14 years until his child is adult and independent.

And when you are his wife, you can insist on boundaries but your lives will be intertwined. Especially if his son decides he wants to live with dad.

Then there’s the question of whether you want to have kids of your own. If you do, he may not be able to afford to have a second family, seeing he already has financial problems.

In short, this is a complex situation, so please do have a very serious think. You may benefit from talking this through with a professional, just to get some perspective.

I do hope that distancing yourself from any discussion of his marriage will help fix the fights and that you figure out a great plan that works for you. But if you decide this is not going anywhere, please don’t let the time invested sway you. Cut yourself loose and find someone who is available who is dying to build and share a life with you.

Is something bothering you? Do you need a listening ear or a shoulder to lean on? Thelma is here to help.  Email lifestyle@thestar.com.my or write to Dear Thelma, c/o StarLifestyle, Menara Star, 15, Jalan 16/11, 46350 Petaling Jaya, Selangor. PLEASE INCLUDE YOUR FULL NAME AND ADDRESS, AND A PSEUDONYM. No private correspondence will be entertained. The Star does not give any warranty on accuracy, completeness, usefulness, fitness for any particular purpose or other assurances as to the opinions and views expressed in this column. The Star disclaims all responsibility for any losses suffered directly or indirectly arising from reliance on such opinions and views.

Dear Thelma: Frustrated with a man who can’t let go of his 'ex-wife' 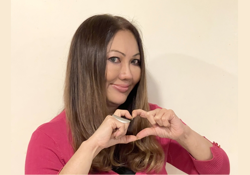 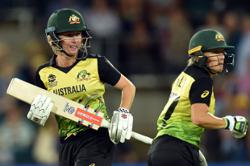