Some people believe that it is better to gain immunity from being infected by the actual disease, rather than via a vaccination; however, there is a one-in-500 chance of dying from measles versus a one-in-a-million chance of being severely allergic to the MMR vaccine. â€” TNS

One of the greatest advances in medicine is vaccination, which has saved hundreds of millions of lives since the first successful administration more than two centuries ago. Yet, many doctors and nurses spend countless hours explaining to parents and patients about its importance and benefits.

The following facts about vaccination are not in dispute:

• Vaccination programmes are among the most cost-effective public health interventions and compare very favourably – in terms of cost per lives saved – to mandatory car seat belts and use of smoke detectors.

• Vaccines are safe and effective with any reports of possible adverse events investigated.

• A person is much more likely to be seriously injured by a vaccine-preventable disease than by a vaccine, e.g. poliomyelitis can cause paralysis and measles can cause brain infection (encephalitis) and blindness.

Some vaccine-preventable diseases can even result in death.

• Unvaccinated individuals have a considerably greater likelihood of contracting a vaccine-preventable disease than those who have been vaccinated, even in areas where high vaccination rates in the general population provide some protection to the unvaccinated (also termed as herd immunity).

Controversies have been raised about vaccination programmes, particularly childhood ones, because of myths that have been perpetuated by a segment of the population that is against vaccination. This article addresses some of the common myths encountered.

Vaccines contain ingredients that permit safe administration. The doses of these ingredients are lower than the dose that everyone is naturally exposed to in the environment.

Thimerosal, a mercury-containing compound, is often used as a preservative for multi-dose vaccines. We are naturally exposed to mercury in milk, seafood and contact lens solutions.

The dose of formaldehyde in vaccines is much lower than the amount the population is exposed to in daily life.

Some vaccines contain aluminium, with amounts typically ranging from 0.125 to 0.625 milligrammes per dose, compared to the estimated average consumption of 30-60mg from foods, drinking water and medicines.

Autism and SIDS are usually diagnosed about the same age that children are receiving their routine vaccinations. The cause of autism and SIDS is still unknown and there is no evidence that link vaccines to either of those conditions.

The 1998 study that claimed and raised concerns of a possible association between the measles-mumps-rubella (MMR) vaccine and autism was retracted by the journal because it was significantly flawed by bad science.

Many anti-vaccination supporters worry about the presence of the mercury-containing thimerosal in vaccines, but babies are also naturally exposed to low levels of mercury in their mother's breast milk while breastfeeding.

• A child can get the disease from a vaccine

It is extremely unlikely that a vaccine can cause disease. Most vaccines are made from killed (inactivated) organisms. It is impossible to get a disease from such vaccines. A few vaccines, which contain live organisms, can lead to a mild form of the disease, e.g. the chicken pox vaccine may lead to a few rashes.

• A baby’s immune system cannot handle so many vaccines

A baby’s immune cells are constantly being replenished to enable the baby to deal with their daily exposure to countless organisms. Based on the number of antibodies in the blood, it has been estimated that babies have the ability to respond to about 10,000 vaccines at one time.

If all available vaccines for babies were to be given at once, it would only utilise about 0.1% of an infant’s immune capacity. Although more childhood vaccines are being administered today, the exposure to its components is less than in previous decades.

Natural immunity results when one actually gets sick from the disease. Such immunity may, in some instances, be stronger than that from vaccination. However, vaccine-preventable diseases have many serious complications that can be avoided by vaccination.

For example, there is a one in 500 chance of death from measles, compared to a one in 1,000,000 chance of a severe allergic reaction from the MMR vaccine. This is because vaccines stimulate the immune systems to produce an immune response just like the natural infection, but do not actually cause the disease nor its complications.

• Vaccine-preventable diseases have virtually been eliminated, so there is no need for vaccination

Vaccination provides protection for the individual and the public. Vaccine-preventable diseases can still affect the unvaccinated as the viruses and bacteria that cause them are still around, although the likelihood of contracting them may be small.

There are also small segments of the public who cannot be vaccinated, e.g. those allergic to vaccine components or who do not respond to vaccines, the immunocompromised and the pregnant.

These people are susceptible to disease and their only hope of protection is that those around them cannot pass the disease on to them because they have immunity following vaccination.

However, if large enough numbers of people rely on herd immunity to prevent infection from vaccine-preventable diseases, herd immunity will soon disappear.

Successful vaccination programmes depend on everyone to ensure the common good. Just as traffic rules have to be complied with to prevent accidents, everyone must do what they can to stop the spread of vaccine-preventable diseases.

Some believe it's better to gain immunity from being infected by the actual disease instead of via vaccination. But there's a 1-in-500 chance of dying from measles vs a 1-in-a-million chance of being severely allergic to the MMR vaccine. Photo: TNS

This is a frequent argument from those against vaccination. The experience of several developed countries, where hygiene and sanitation are not in question, disproves this argument.

Low primary vaccination rates in children and the lack of booster vaccinations for diphtheria in the former Soviet Union led to an increase from 839 cases in 1989 to nearly 50,000 cases and 1,700 deaths in 1994.

It is evident from the above that vaccine-preventable diseases would not have disappeared without the use of vaccines and they will return if vaccinations were to decrease or stop.

Gelatine is used in many medicines, including many capsules and some vaccines. It is derived from the collagen found in the tendons, ligaments, bones and cartilage of animals like chicken, cattle, pigs and fish.

Porcine gelatine is used in some vaccines as a stabiliser to ensure that the vaccines remain safe and effective during storage. The product used is highly purified and broken down into very small molecules called peptides.

The requirements for the testing and choice of stabilisers are stability, good quality and availability in sufficient volume. As such, the development of a new safe and effective vaccine with a different stabiliser may take several years, or indeed, never happen.

The Health Ministry has stated that none of the vaccines used in the National Immunisation Programme in Malaysia contain porcine gelatine. Furthermore, the National Fatwa Council has ruled that vaccination is permissible for treatment and prevention, even if halal sources or options are unavailable and when refusal will result in greater harm.

Dr Milton Lum is a past president of the Federation of Private Medical Practitioners Associations. The views expressed do not represent that of organisations that the writer is associated with. The information provided is for educational and communication purposes only and it should not be construed as personal medical advice. Information published in this article is not intended to replace, supplant or augment a consultation with a health professional regarding the reader’s own medical care. The Star disclaims all responsibility for any losses, damage to property or personal injury suffered directly or indirectly from reliance on such information. 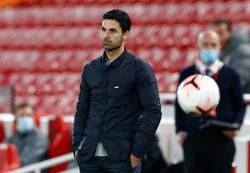