Growing older can mean having more time to explore your sexuality and living well, but it can also be a gateway to addictions and other health issues. — AFP

The golden years should be a time of sexual liberation.

Your children have (hopefully) left home, there are no annoying bosses harassing you with phone calls or WhatsApp messages, your stress levels are down and you have plenty of time in your hands, hence this is the ripe age for couples to explore their sexuality.

“There are more women over 50 in the world today than at any point in history.

“Menopause may contribute to a decline in libido, but it is not the end of sexual life, although this is the stereotypical belief and fear. Menopausal women can be sexy.

“At this age, you can have sex without the fear of pregnancy, so it is liberating; you are sensitive (to stimulation) in the right hands; and there is a newfound sense of adventure.

“Many researchers have concluded that women don’t fantasise about sex, but I disagree.

“This is the best time to realise your fantasies!” says consultant obstetrician and gynaecologist and reproductive medicine specialist Datuk Dr Mohamad Farouk Abdullah.

“Previous attitudes often dictate midlife sexuality. Those who enjoyed sex in their younger years continue to do so, while those who just put up with it, welcome the reduction in sexual activity.

“Patients always ask if sex is better in later life and the reality is that if you’ve never had mind-blowing sex in your younger years, you never will.

“So reduce your expectations and modify your behaviour,” he says.

In men, the changes seen during their golden years are delay in erection, the need for more manual stimulation, prolonged plateau phase (the phase of sexual excitement before orgasm), shorter and less forceful orgasms, rapid detumescence (subsiding of erection) post ejaculation and prolonged refractory period (the period where the man is unresponsive to further sexual stimulation after having had an orgasm).

For women, the typical changes include vaginal dryness and itching, less pubic hair, and pain during intense orgasms due to stronger uterine contractions.

And contrary to popular belief, having a hysterectomy does not equal loss of desire or femininity.

Dr Farouk was giving an entertaining and informative talk on Sex in the Golden Years: Postmenopausal Sexuality at the 9th Malaysian Conference on Healthy Ageing held in Kuala Lumpur on July 25, 2019.

Themed Ageing, Health and Community, the biennial conference organised by the Malaysian Healthy Ageing Society was aimed at educating healthcare professionals and the public on ageing issues.

Be kind to your partner

To enjoy sex in the later years, both parties need to be well-stimulated and lubricated.

A change in routine may also be necessary.

Some menopausal women are incredibly self-conscious about their physical changes such as grey hair, wrinkly skin, sagging breasts/abdomen and narrow butt.

“Do not express distaste,” Dr Farouk advises men. “Remind her that you love her and tell her that she is beautiful. Do it with words or with gestures.”

Intimacy is a problem among older couples, but they usually don't know where to seek help. — Filepic

Further tips for the guys by Dr Farouk: “Understand that her libido may change. She may want sex more often or less often.

“A woman that once enjoyed oral sex may no longer be interested in it or vice versa.

“It is normal for her to be dry, so men, have some lubrication ready.

“Women are vulnerable to infection during menopause – wash your hands and your penis before sex.

“It is also normal for her to have more gas and pee, and she doesn’t always have control over them. If she burps or passes gas during sex, ignore it and forget it.

“And guys, if she has to get up and pee mid-session, please wait patiently and don’t fall asleep while she goes to the bathroom!” he said, drawing much laughter from the participants.

Many people think that sex education is only for the young, but this is a myth.

Dr Farouk says, “As sexuality changes with age, there is a need to understand and take appropriate therapy.

“When you make love, choose positions that keep your weight off your partner and are less strenuous.

“Don’t try ‘superman’ poses. Perhaps pay attention to ‘outercourse’ as intercourse may no longer be a priority.”

He acknowledges that intimacy is a problem for older couples. They want to talk about it, but don’t know where to seek help.

Often, doctors are uncomfortable discussing such matters or have limited knowledge themselves.

“Sexual dysfunction is not taught in medical school, so we are not trained to handle the subject. Whatever I know is based on my experience.”

Healthcare professionals often assume menopausal women don’t engage in sexual activity, but this couldn’t be further from the truth.

“Sex is meant to be pleasurable at any age. So, have fun, enjoy it and get it while you can, because you’ve reached the final phase of life,” he concludes.

In another talk on Blue Zones, consultant physician and geriatrician Datuk Dr Rajbans Singh highlighted that while humans are living longer, they’re not necessarily healthier.

“Acute diseases are no longer a major cause of death, but non-communicable diseases are. We are getting sick and not thinking enough about wellness.

“Why can’t we emulate people who live in the Blue Zones, who proactively do something everyday to prevent diseases?” he asks.

Blue Zones is a term coined by National Geographic fellow and explorer Dan Buettner, and refers to five places in the world where people live the longest, healthiest lives.

Dr Rajbans says, “These people have a positive mental attitude at any age. They have a purpose when they get up in the morning.

“They may live in different regions, but they share key habits: they don’t smoke, put family first, are active everyday, keep socially engaged by having friends, and eat lots of fruits, vegetables and whole grains. They eat foods that their grandmothers can recognise!

“Our problem is that sometimes, we don’t like things that are too simple.”

However, he says that new habits can be created, although it may be difficult in the beginning.

“For optimum nutrition, don’t overeat, but eat only until you’re 80% full.

“When it comes to exercising, it shouldn’t be vigorous. Blue Zone people stay active the whole day; they don’t exercise for only an hour daily.

“Your brain is also a muscle that needs to be exercised and kept active.

“No matter what technology comes in, if you’re not following an active lifestyle, nothing will work.

“It’s how you feel, and not how old you are, that is important. The numbers don’t matter, but how you live does. Still, it’s never too late,” he says.

The active centenarian shown in this filepic is not the exception, but rather the rule, in the Blue Zone area of Loma Linda, California. — TNS

According to consultant psychiatrist and addiction specialist Dr Philip George, substance abuse is a hidden epidemic among the elderly.

In his paper Substance Use Disorders in the Older Person, he points out that the elderly who live alone, have no friends or relatives nearby, have chronic illnesses or have experienced recent losses, are prone to misusing alcohol, narcotics or benzodiazepine – a type of medication prescribed for its sedative and relaxation effects.

The US National Institute of Alcohol Abuse and Alcoholism recommends that alcohol consumption for adults aged 65 and older be limited to one standard drink (300ml of normal strength beer, 60ml of wine or 30ml of spirits) per day, or seven standard drinks per week with no more than three drinks on one occasion.

“The risk of alcohol abuse is higher when you have a mental health disorder, have an alcoholic parent or self-medicating behaviour.

“Some drugs combined with alcohol can also create mental health problems,” he says.

Treating these patients is challenging as there are many barriers including age-related changes, attitude of family members as enablers, denial and stigma.

In Malaysia, 98% of alcohol abuse occurs among young male adults.

Dr Philip says, “We think it’s a young people issue, but it’s not. Young people can relapse when they get older because they cannot seem to cope with stress as they used to.”

While improper gait and balance are usually associated with falls, in a small local trial conducted by consultant geriatrician Prof Dr Tan Maw Pin and her team at Universiti Malaya, the risk was higher with increasing drug usage.

“These drugs are causing a fast drop in blood pressure among older patients when they sit and stand quickly. This makes them fall.

“After a fall, there is a doubling in dependency rates. Only one in five remain alive five years or more after the fall.

“But how much money do we put into falls prevention?” she asked during her presentation on Falls Can Be Fatal. 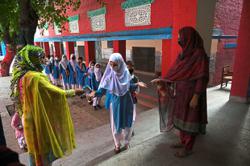