Laila will always be Ayub's pillar of strength.

Her ten-year-old son N. Ayub has various developmental challenges, but what content marketer Laila Zain sees most is how he bravely tries to overcome them. And the proud mother has been sharing his stories on her blog ninjahousewife.com and her Facebook page.

Unlike before when parents keep their special needs children hidden at home out of embarrassment or shame, these days more parents like Laila are openly sharing the joys and trials of raising their children.

Laila has been posting updates on coping with Ayub's autism since 2011. She believes children with autism are special and society should accept them as they are.

“Ayub sees the world differently from us. Rather than making them fit into our world, it is important to understand theirs first,” says Laila who marks and celebrates her son's milestones on social media.

Laila shares important occasions such as Ayub’s first spartan race, his business venture to sell books and participation in a speech and drama play.

As an autistic child, Ayub sees the world different from others.

Her son was first diagnosed as dyslexic when he was six years old but later identified as high functioning autistic child at seven years old.

“I was relieved after learning he was autistic. I could finally give my son the necessary support. It is important for parents to accept their children and all of their different abilities because it's what makes them who they are,” says Laila, who continues to nurture her son through speech therapy and occupational therapy.

As part of Ayub’s speech therapy exercise, he came up with a new burger recipe called ‘Kid-Friendly Crispy Chicken Burgers For Picky Eaters’ to expand his vocabulary. He learnt new words such as whisk and dunk while Laila had fun with him in the kitchen. Since then, Ayub has cooked and baked several times for his family or sometimes, to sell it to his friends.

Laila who described her eight-years-old blog as ‘journey of a special needs family’ was overwhelmed when Ayub started to show signs of independence and maturity day after day.

Other than opening a YouTube channel and coding his first video games, he now could pack his own school lunch, ride a bike at a nearby park and even stay at home alone with his seven-years-old brother, Sulaiman.

“I look forward to the day Ayub is able to move out, get his own place, make his own money and start his own family because it will mean that I did something right,” wrote Laila who refers herself as ‘the Ninja’ in her blog.

To encourage and support other parents, Laila also provides useful information on her platforms such as lists of schools for children with autism.

Most importantly, she hopes to reach out to other parents struggling to come to terms with their children's autism. She wants them to know they do not have to go through their journey alone and unsupported.

“Early intervention can work wonders to help a child diagnosed with autism. It is equally important for parents to get over denial.

"Whenever there are any doubts, parents can always turn to social media to connect with other parents with children with special needs. As helpful as therapists can be, only families of autism really know what it's like outside of textbooks and theories," says Laila. – Additional reporting by Nur Izzaty Shaifullizan 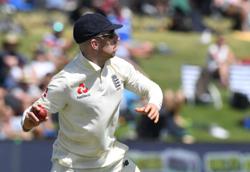