Malaysian authors publish YA fiction with a feminist, folkloric twist

This book does not beat about the bush about what it sets out to do, which is to showcase feminist tales featuring bold, bright and heroic women and girls from this part of the world.

This anthology comprises 18 stories that will inspire, entertain and provide food for thought, as it takes young adult readers on a journey of endless possibilities – but with one foot firmly in the here and now, and a reminder of what it is that makes us who we are.

The idea for The Principal Girl: Feminist Tales From Asia (Gerakbudaya) came up in 2016, when Dr Sharifah Aishah Osman from the Department of English at Universiti Malaya’s Faculty of Arts and Social Sciences wanted to publish a book of feminist folktales.

A call was issued for submissions – and the stories received were more diverse, more colourful, than initially expected. There were contributions from both established writers as well as newcomers. 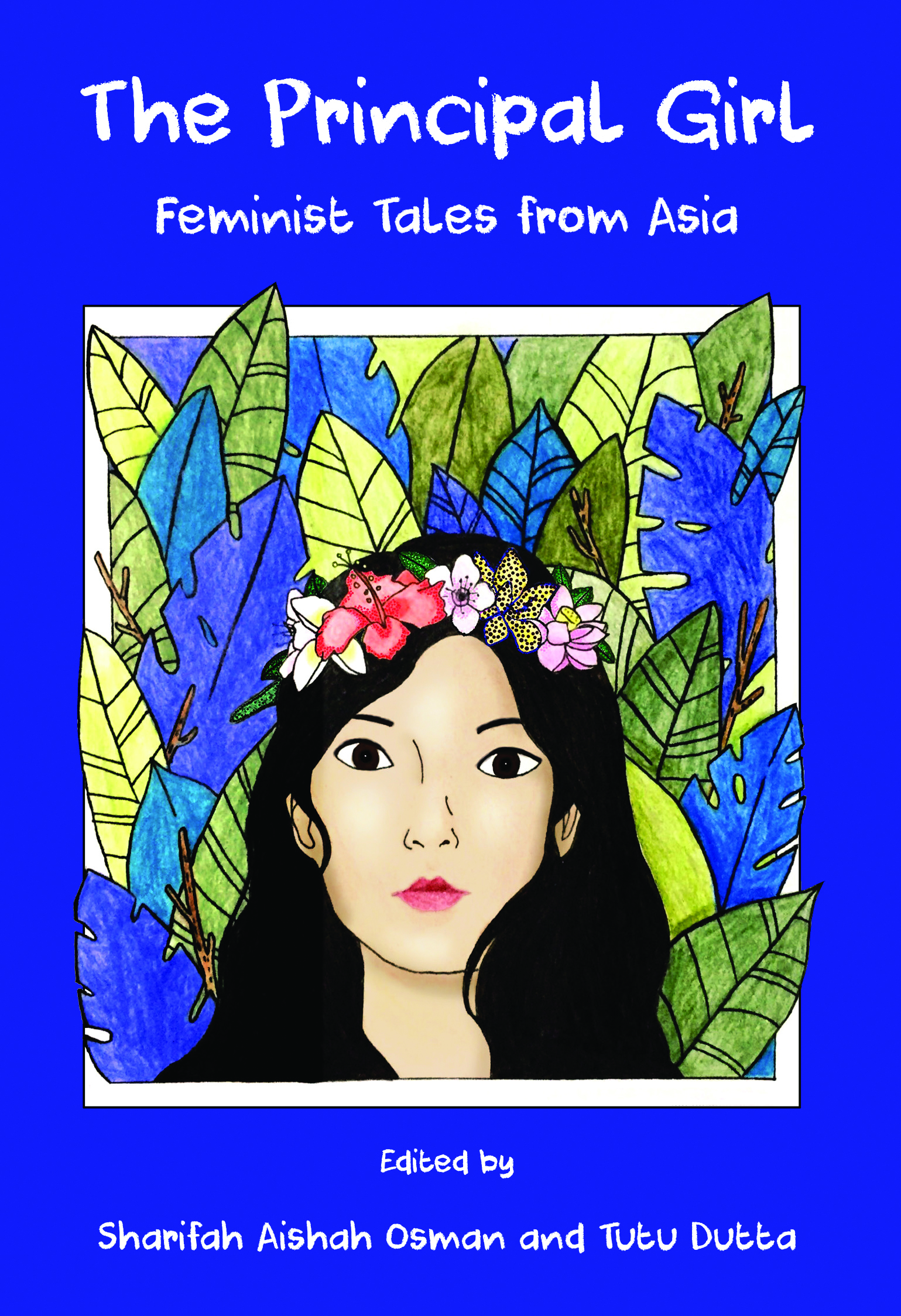 “I don’t think anyone has published an anthology of feminist tales,” says children’s book author Tutu Dutta, who co-edited The Principal Girl with Sharifah.

“I have read a few, including Chronicles Of KK (edited by Ann Lee), The Remang Anthology (Daphne Lee), and Champion Fellas (Sharon Bakar and Dipika Mukherjee).

“We realised there is a wealth of local talent out there. Since we received quite a number of interesting entries which were contemporary stories, we decided to be flexible and make The Principal Girl a collection of feminist tales, not feminist folktales,” says Dutta, who has nine books to her name, including the anthologies Timeless Tales Of Malaysia (2009) and Nights Of The Dark Moon (2017).

Of the 18 stories in The Principal Girl, 10 are original tales set in contemporary settings, while eight are based on Asian folklore and draw on legendary female figures like Hang Li Po, the princess of Gunung Ledang, Cik Siti Wan Kemboja and Mahsuri.

Dutta, 59, describes the stories as positive and self-affirming; they shine the spotlight on resourceful girls and young women with “can-do” attitudes, determined to live life on their own terms.

“They solve problems or surmount the obstacles that life throws at them,” says Dutta.

There is, for instance, a grievously wounded queen who finds the resolve to fight again, a school girl who solves crimes with some supernatural help, a kungfu-fighting Hang Li Po, a woman who fights for her inheritance, a student who overcomes the trauma of being accused of plagiarism, sisters who risk exile to help one another, and young women who are willing to turn down unsuitable men.

Sharifah concurs, adding that all the stories do indeed have an underlying feminist message, in that they feature a female protagonist and privilege her experiences, and in doing so, highlight the numerous ways in which women and girls have struggled with, but also managed to overcome, issues of marginalisation, injustice and oppression in society.

“We need such empowering stories to address the dismissal, the silence, even erasure of such strong women from our history.”

These are women whose contributions may have been ignored, or regarded as insignificant due to the dominance of a patriarchal culture – especially as reflected in male-centric folktales that often feature heroines idealised more for their beauty and passivity than intelligence and courage, says Sharifah, 48.

“Through the retelling of these stories, we hope to remind our readers of such heroic and inspirational women from our own culture and heritage, and to make their acts of bravery and agency a source of our own pride as Malaysians and Asians,” she says.

The target age group for The Principal Girl is 13- to 25-year-olds, although Dutta points out that despite their simple language, there is enough complexity in these tales to appeal to adults too.

Ever mindful of the importance of diverse perspectives and characters in storytelling, The Principal Girl has diverse voices, she says, not just in terms of culture and race, but also age.

“We live in a diverse, multicultural and multiracial society. We need young people to have diverse perspectives not just for the sake of ‘living in harmony’ but for our survival as a society.

“The book is supposed to empower girls but if it gives young readers a greater appreciation of the diverse cultures that make up our society, and a greater understanding and respect for what makes us unique, then all the better,” Dutta says.

As for starting them young on the diversity that is our reality more often than not, Sharifah feels it is “absolutely essential” for children’s intellectual, psychological, and emotional growth.

“Apart from partaking in the joys of reading literature, our young audiences need to have stories that cater to their natural curiosity about diversity and difference, especially in light of an increasing polarised and confusing world. They need to understand that everyone, regardless of race, class, religion and gender, deserves to be treated with respect and compassion.

“It is our hope that The Principal Girl will help towards accomplishing this aim as well as cultivate a sense of pride in our heritage and culture,” she says.

Sharifah adds that they wanted young readers, both boys and girls, to have something of their own to treasure and enjoy, a book that speaks to their own experiences as Asians, and in which they can see characters that look and sound like them, or that they could aspire to become.

“As children’s literature scholar Rudine Sims Bishop reminds us, to nourish their minds and develop a strong sense of self-affirmation, children need books that serve not just as ‘windows’ to other cultures, but also ‘mirrors’ in which they can see themselves and their experiences being reflected.

“That’s why it was important to us that our readers, regardless of gender, understood that like these ‘principal girls’, they too could be brave, smart, resilient, independent, and masters of their own fate,” she offers.

The book’s title, The Principal Girl, refers to the main character in a children’s play or pantomime. Like the strong female figures in these tales, they do not play second fiddle to anyone.

A Peek Behind The Scenes

Writing Operation: Rescue Pris was an offshoot of my research for my novel, Dongeng, for which I worked with local legends such as orang bunian, pontianak and lang suir. I wanted to do more with the amazing legends I’d discovered. The story ended up as a conflation of several themes: the legend of the Gedembai from Langkawi, the legend of Sam Poh in Penang, and overturning the trope of the knight in shining armour. What I loved best about this story was being able to look at local legends and folktales through a modern lens and reinterpret them for our times.

Golda Mowe (Under The Bridge)

Writing the story brought back a lot of old memories. I love my visits to the longhouse in my young days because I was free to roam about as I please. There was always some trouble to get into, and always an adult close by to help us kids out of the situation. It was nice to recall the smell and sound of the old longhouse again. I did not realise how much I missed those days until I had to imagine the sunning veranda for the story.

My story is about Khawlah Azwar who was an Arab warrior who fought against the Byzantine army together with Khalid Al-Walid. When I first heard this story two years ago, I was inspired to write simply because it is a beautiful story, one that all girls and boys should know. They should know that women who rode horses and wielded swords don’t just exist in Disneyland. They are real. And they did it for the right reasons.

I’ve always been intrigued by our local folklore and supernatural myths. They were my staple diet growing up in a small town. When I started writing this story I wanted an independent and strong female protagonist who wasn’t afraid of things that go bump in the dark. She is the embodiment of fortitude, inquisitiveness and compassion which I believe is what a sleuth needs to solve a mystery.

Seeing my story, Priya’s Faraway Tree, in print is a joy. It is not every day one gets to see her first creative short story published, what more in a feminist anthology. This story took place over four decades ago, and I am hoping that it will be an inspiring message to young females that nothing is impossible if they set their hearts and souls to it.

Since there are numerous versions of Princess of Mount Ledang, I got down to researching more on it. It was wonderful that our National Library had lots of short extracts or pieces of stories. I selected the pieces that would be suitable to entertain YA readers and assembled them into a complete story. In the process, I gained lots of new knowledge.

Preeta Samarasan (Red And White and The Girl On The Mountain)

What I loved about working on these retelling was that they forced me to analyse and to create simultaneously. First I had to connect with the original folktale on its level, consider the female protagonist(s), who she was and who she might be between the lines. Only then could I bring out those between-the-lines possibilities. In the same way that you have to understand the rules of art before you break them, I had to understand these narratives before I could twist them.

As a poet, I find the short story the most challenging form to write in. When writing Saving Grace, I wanted to create a strong contemporary female character who happened to be born into privilege despite the tragedies in her life, and she used the privileges of a good education to save a culturally integral landmark from developers. Her victory seemed an easy resolution but not at a price.

Writing this story – a reimagining of a key sequence from the Mahabharata – was an opportunity for me to address an imbalance I felt from a young age, when I first heard the story. It allowed me to look at the character of Draupadi within a modern context, and address issues like consent, agency and ownership over our own bodies.

My story is a fictionalised rendition of the relationship between Hang Li Po and Admiral Cheng Ho. Li Po is escorted by Cheng Ho from China to Melaka, under the disguise of being Sultan Mansur Shah’s bride. Her true purpose is to protect the Sultan from enemies within the palace and to keep the peace amid escalating trade wars in the region. My story draws parallels with Disney’s Mulan and Li Shang, and was also influenced by Esther, a Jewish queen from ancient Persia. My version of Hang Li Po shows that females can be capable warriors, spies, and protectors, embodying both skill and compassion.

Malaysian authors publish YA fiction with a feminist , folkloric twist