Theseira drives up to KL from his home in Melaka every Saturday. Sometimes he only has a couple of students but he doesn't mind.

For the past 62 years, Ronnie Theseira has been driving to Kuala Lumpur from his home in Malacca every Saturday to coach fencing to groups of students. Theseira is 88 years old and instead of taking it easy in his golden years, the former competitive fencer is passionate about passing on his knowledge and skills on the sport to a younger generation of fencers.

The founder of the Malaysian Fencing Masters Association and former Olympian (he participated in the 1964 summer Olympics in Tokyo, Japan) has even written a letter to the new Youth and Sports Minister, Syed Saddiq Syed Abdul Rahman, and the National Sports Council (MSN), offering his services to the national fencing team.

“My sincere hope is that the ministry will join forces with me to make Malaysian fencing world class. Please bear in mind that I don’t need any financial payment. My services are free of charge. I do it for the love of my country, Malaysia,” he writes in his letter, sent last month.

Unbeknown to many, Theseira was responsible for introducing Malaysia to fencing as a sport in the late 1950s. And, after more than six decades, he still finds the sport invigorating.

A 1964 photo of Theseira when he competed in the Tokyo Olympics.

Theseira was a keen sportsman even in his teens. He dabbled in a wide range of sports – football, hockey, boxing and even body building ­– before zeroing in on fencing. At 19, he was the bantamweight boxing champion in Melaka in 1949, and in 1956, at the age of 26, he was a finalist in the Mr Melaka competition.

“But as I was nearing my 30s, I realised that my competition days in these sports were numbered. So, I decided to find a new sport, one that had more longevity. I bought Olympic Cavalcade Of Sports (a book detailing the history of the Olympic Games) and I narrowed in on three types of sports which I could keep doing regardless of my age. The three were yachting, archery and fencing.

“I had to rule out yachting, because it’s an expensive sport ... you need to have enough money to buy a yacht in the first place. Archery too was out ... because it seemed boring. But fencing looked interesting,” relates Theseira.

The fact that there were competitive fencers still in their 60s, 70s and 80s was an added incentive.

Fencing, he explains, isn’t a sport that requires strength and speed. Rather, the key attributes of a fencer are “brain work” and experience and Theseira was certain he had it in him to make a good fencer.

But at the time, he hadn’t a clue how to go about finding a coach – as far as he knew, there was no coach in Malaysia.

“By chance, as I was flipping through a (sporting) magazine, I came across an advertisement for fencing equipment by a company in the United Kingdom. I wrote a letter to the company asking them if they supplied equipment to Malaysia. You know what? They wrote back and told me they had a client not in Malaysia, but Singapore,” shares Theseira.

The determined young man procured the name of the client in Singapore and in a matter of months, he’d not only contacted them but arranged to attend classes with a British coach who was then based there.

Working as a hospital assistant in Melaka at the time, he applied for a transfer to a hospital in Johor so that he could attend weekend training in Singapore. This marked the beginning of Theseira’s life-long affair with swordplay.

It was this determination that led him to France, Italy and Germany where he spent months on end training to be “a world-class fencer”.

“I could afford to go abroad to study because I married a wealthy girl,” he says cheekily, with a smile. Theseira’s wife, Katherine Tan, and their two daughters Kessy and Kelene, also fence and used to compete too.

Love of the game

Theseira is happy to share his passion for the sport with anyone who has the interest.

Theseira founded the Malayan Amateur Fencing Association (MAF) in 1959, just over a year after he took up the sport. As the sport developed, the association was renamed the Malaysian Fencing Federation in 1981 with Theseira as president, a post he held until 1985.

“And then sports politics took over and forced me out of the professional body. I don’t know why but the newly elected president of the Federation had it out for me and made things difficult not just for me but for my students.

“I was never in it for the fame or glory. What I have always wanted and still want is to help Malaysia produce world-class fencers. And with all the training I have, I can contribute and it’s a shame that no one has since made use of me,” he says, woefully.

As he retells stories from his past, Theseira takes out his two bound books containing photo­copies of news articles about his achievement in sports, his many certificates from fencing academies in Europe and testimonials and letters from students as well as his peers.

Although he was thrust out of the national spotlight, Theseira continued to teach students at his own fencing academy – Theseira Blades Salle d’Escrime, located adjacent to his home in Bukit Baru, Malacca. He also travelled to KL and sometimes overseas upon invitation by various fencing bodies to coach students, many of whom seek him out based on his reputation in the sport.

One of them is Alan Kuan, whose son is coached by Theseira.

“My son was learning fencing elsewhere and after some time, he wasn’t progressing in his game. I heard of Coach Ronnie and asked if he could coach my son. He said yes on condition that I sign up for the class too. He thought it was important that I too learn the sport to help my son with his game. My son’s game has improved after just a few months with Coach Ronnie,” says Kuan.

Theseira is a hands-on coach and makes sure he is fit enough to spar with his students.

“I lift weights five days a week so that I remain fit,” he shares, as a matter of fact.

Theseira lugs his gear with him every week and still uses his costume from his competition days. His jacket, mask and gloves all look like they’ve seen better days – heavy and sturdy but patched and fraying, bearing clues of battle scars they’ve been through.

Qualifying for the Olympics in 1964 will always remain a bittersweet memory for Theseira.

He breezed through the qualifying trials in Singapore by beating Singapore fencer Yussof Hassan and fellow Malaysian Ong Chuan Hock and earned his place as the country’s sole representative in the individual foil, epee and sabre (the three fencing categories). But when Theseria arrived in Tokyo and went to check in, he found that his name wasn’t on the list of competitors.

“I was so shocked ... dumbfounded. My name was not listed in the foil and sabre disciplines and I had to run around for days trying to convince the officials to allow me to register.

Theseira has been a fencing coach for 62 years and is still eager to contribute to taking Malaysian fencing up to world standards. Photos: S.S. KANESAN/The Star

“It took a lot of time and a lot of chaos but thankfully, the officials were sympathetic to my plight and helped get my name on the list. It took three days! I think the fact that I could speak both Japanese and French helped me a lot. I finally got my name into the fixtures a night before the competitions began,” says Theseira.

The “mess” deprived him of any chance to practise and spar with his counterparts which led to Theseira’s poor performance – he unfortunately didn’t advance past the first round of the competition.

Theseira went on to compete in the 1970 Edinburgh Commonwealth Games and the 1986 World Championships in Sofia, Bulgaria.

It’s past three in the afternoon and Theseira’s students haven’t arrived yet at the Royal Lake Club in Kuala Lumpur but the octogenarian doesn’t seem perturbed at all, despite his reputation for being a “strict coach”.

“I usually have up to 10 students but not all can make it every week ... they work and I understand it’s not always easy to make it to class,” says Theseira.

But whether it’s one student or a full house, Theseira never misses a class, although these days he is accompanied by a friend on the drive up and back.

“I’m getting older and sometimes, I get a little tired at the wheel,” he says.

When he’s not coaching, Theseira spends much of his time pursuing his other great passion – music. He says he plays a mean guitar and was the first Malaysian to pass Grade 8 in the Royal School of Music, London examinations. He also dances and won several ballroom dancing competitions when he was younger.

But these are mere distractions. His main focus is to advocate for Malaysian fencing to get more prominence. 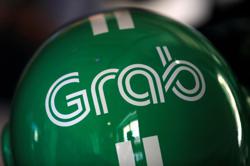