Simplicity and comfort are two of the hallmarks of Whimsigirl, a label created by KL-born Syazana. Photos: Azlina Abdullah

Eight years ago, Syazana Sukiman decided to teach herself a new skill. She had graduated from RMIT University in Australia with a degree in architecture but wasn’t sure about pursuing a career in the field. She had also just married her high-school sweetheart.

So, she decided to take a year off “to do some soul searching” and “find her purpose”. She bought a sewing machine, and in no time she was sewing clothes for her nieces and friends’ toddlers.

Little did she know, this would lead to the birth of Whimsigirl, a fashion label that has garnered a following. Or that she’d be receiving hundreds of orders daily for her line of “comfortable, easy, everyday clothes for every girl”.

“I started sewing for fun,” recalls Syazana, 33. “It was something to keep myself occupied. My designs were well-received, and before I knew it I was making a small collection for Hari Raya. This was in 2011, the year I had my first son. I remember going into labour, worrying about the orders I needed to attend to.”

Syazana, who hails for Kuala Lumpur, is mother to two boys, now aged seven and two.

After that first collection sold out, she found her calling, a children’s clothing line, and named it Whimsigirl. She opened her first shop in 2013 at Publika in Solaris Dutamas, Sri Hartamas, KL.

Whimsigirl became synonymous with upscale children’s wear, mostly made from cotton and linen. In 2017, Syazana ventured into women’s wear and her inaugural collection, released for Hari Raya, sold out in two weeks.

“I didn’t expect that,” she says. “I guess the trust in the brand and the momentum from the children’s line were strong enough to translate into our women’s line. Mothers who liked our designs for their children wanted to wear our clothes as well.”

Now, the brand focuses on women’s wear while maintaining a small children’s collection. It operates solely as an online venture (whimsigirl.com) with a showroom at Bukit Antarabangsa, Kuala Lumpur, where customers can try the clothes before buying them. 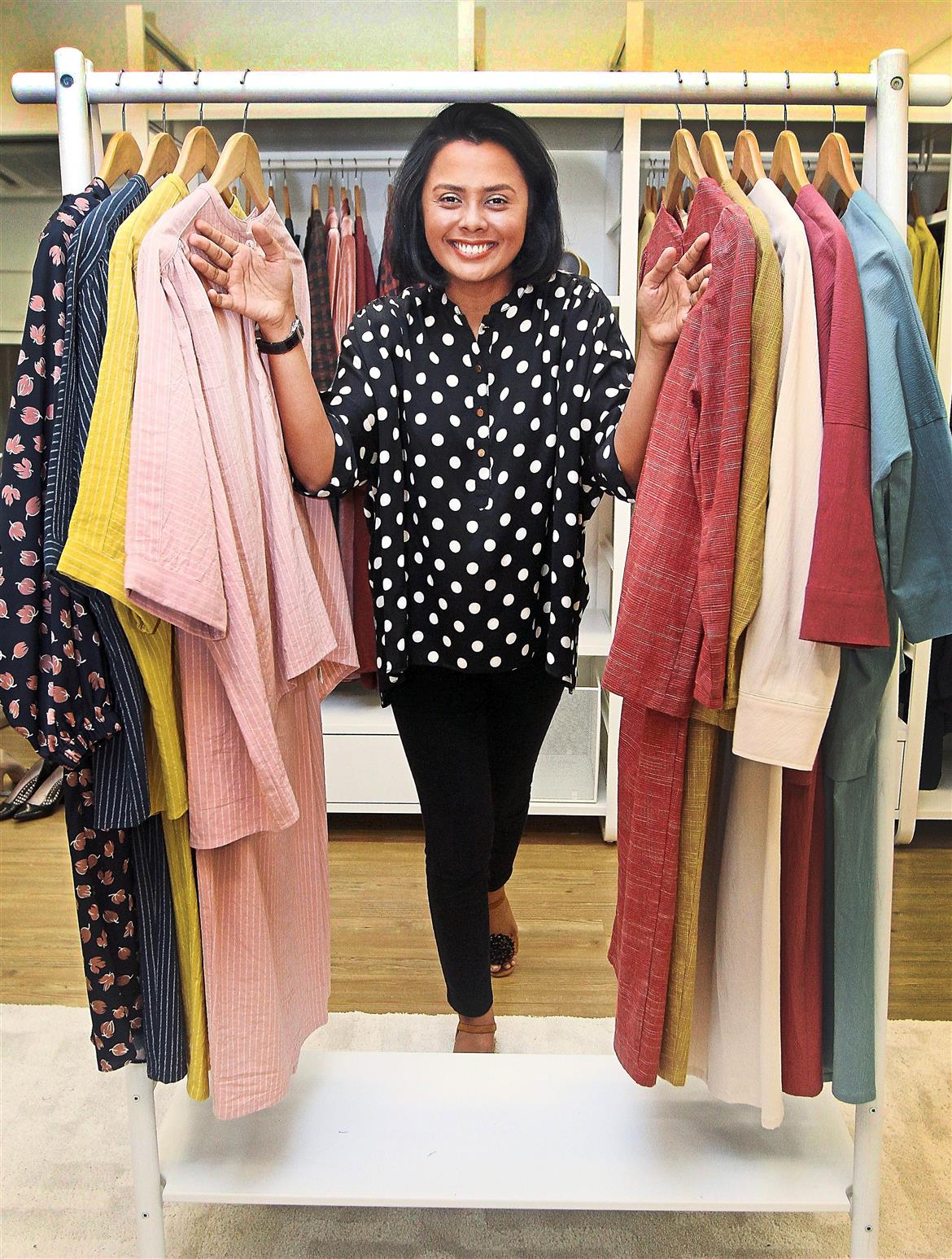 Syazana Sukiman: She wears her own designs "to death" because she finds them very comfortable.

Syazana doesn’t consider Whimsigirl a fashion label, so she’s not competing with other clothing brands or dictated by trends.

“We design for purpose,” she says. “Comfort and quality come first. The clothes need to be wearable and last a lifetime. I want girls of all sizes to wear our clothes and feel good about themselves. Our clothes are simple. We don’t have embellishments because we believe our (customers) are enough.”

She says her degree in architecture informs her designs, so the clothes are functional and fit the climate. She also adds that Whimsigirl is a reflection of her minimalist ways. 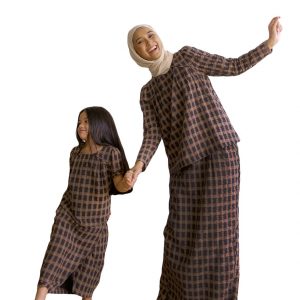 “I wear my clothes to death. I like simple styles and I don’t mind repeating my outfits because I love my clothes. That’s what I put into the designs. I want girls to love their Whimsigirl outfits so much , they will wear them over and over again.”

This approach has apparently hit a chord with women. Whimsigirl records hundreds of sales every day, leaving Syazana and her team of six with their hands full as they try to complete their Hari Raya orders.

The Eid 2018 collection comprises just eight designs, named after Whimsigirl’s customers and staff who have stayed with the brand through the years. The designs are practical, modest and versatile, with soft structures that allow wearers to move around without feeling restricted.

Though the clothes are mostly traditional wear, the designs are modern enough to pair with skirts and pants. “Our clothes are not cheap, so we want to add value to them by making them wearable and long lasting,” Syazana says.

Though sales have doubled annually, building her brand has been challenging, she shares, particularly because the business evolved so quickly.

“The hardest bit was making the right financial decisions. I made many mistakes in the beginning because I don’t have a background in management. I didn’t go into this with a conscious decision to start a business. I kind of just fell into it, so I didn’t have a business plan or financial strategy.

“I went into it as a designer and made mistakes that cost me money. But I have no regrets. I learnt from it, asked for help, and moved on.”

Syazana’s husband Ahmad Anis Abdul Aziz is now also her business partner. He quit his job in oil and gas back in 2013 to help build Whimsigirl. “People say that behind every successful man is a strong supportive woman. It’s the other way around with Whimsigirl,” she says.

In 2017, Syazana was selected by the Malaysian Global Innovation & Creativity Centre (Magic) go on its e@Stanford programme to study from renowned faculty and industry experts at Stanford University in the United States.

“It really changed how I saw things,” she says. “I came back with a bigger outlook on the future, not just financially but also on the impact we want to make.”

After Aidilfitri, she is looking to launch a range of casual wear. “Our clients are our think tank. We ask them what they wants and need.” She’s also dreaming of creating a “movement of everyday girls” who can empower each other to be comfortable in their own skin.

“We have customers who don’t know each other but feel connected because of their affinity with the brand. Some send us photos of themselves with a stranger they saw wearing the same outfit,” Syazana says.

“Usually it would be a nightmare to bump into someone wearing the same outfit, but these girls seem to be bonding over it. It’s really nice and we want to have their backs.”