By KENNETH CHAW and MUMTAJ BEGUM 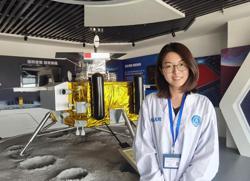 Director Jess Teong picked Qin Lin to play the titular kid in last year’s hit The Kid From The Big Apple because she liked the then 10-year-old girl’s smile. At that point, Qin Lin’s only other acting gig was a small role in an Astro Xiao Tai Yang children’s series. She made up for her lack of experience with grit and determination – she rehearsed for two months with Teong to improve her acting skills and master speaking English like a New Yorker. For her efforts, Qin Lin received the Best Newcomer award at the 7th Macau International Movie Festival in Dec 2015. Now, she is 13 and can be seen in the film’s sequel Before We Forget (in cinemas now), reprising the role of the adorable Sarah Tan.

The nine-year-old is the son of Tony Award–nominated actor Euan Morton and theatre producer Lee Armitage. Naturally, he started young – his first stage show was when he was three years old (in Hairspray). The precocious Iain also did video reviews of Broadway productions, and interviewed stars at the 2015 Tony Awards Red Carpet – all before he was eight years old. Early this year, he appeared in HBO’s Big Little Lies, his first major acting gig. Currently, he stars as Sheldon Cooper in Young Sheldon (the spin-off of The Big Bang Theory). There’s more: his name is also attached to a couple of other projects including the adaptation of The Glass Castle starring Brie Larson and Netflix’s Our Souls At Night with Jane Fonda and Robert Redford.

Rykarl has won Best Child Actor at the Malaysia Film Festival (FFM) not once, but twice! He first took home the trophy in 2014 for his lead role in the comedy Ajiboy and then again in 2015 for his performance in film festival favourite Lelaki Harapan Dunia. Rykarl also picked up a nomination for the same award last year for Cicakman 3. The 12-year-old actor landed his first acting gig in drama series Lembing Dan Layang when he was five.

When audiences saw Millie as Eleven in Stranger Things, it was easy to fall in love with her character. Millie not only gave Eleven strength, but also vulnerability. But we had no idea that acting was just one of the many other wonderful things the young Brit could do. As she made her rounds on talk shows, we found her exuberant energy and talkative nature simply charming. Recently, on The Tonight Show Starring Jimmy Fallon, she also proved she could rap. Here’s hoping the 13-year-old never loses her enthusiasm for everything and anything. She is slated to star in Godzilla: King Of Monsters, opposite Vera Farmiga, out in 2019.

Puteri Balqis has been winning award after award. Photo: Filepic

At only 10 years old, Puteri Balqis is dominating the local TV scene. After appearing in a series of minor roles since 2011 (when she was just four!), Puteri Balqis had a breakthrough role in telemovie Balqis in 2014. For her portrayal of the strong, independent protagonist, the then seven-year-old won Best TV Drama Actress at Anugerah Skrin and Best Actress at the Asian Television Awards, making history as the youngest winner of both award ceromonies. Puteri Balqis sparked overseas interest when HBO Asia cast the actress in its original production, Halfworlds.

Lee proved that age is not a factor, making it to the grand finals of Sing! China (formerly The Voice Of China) last year despite being the youngest contestant on the show at 16. Lee didn’t win, finishing in sixth place, but her performances left an indelible mark among viewers. A year later, the 17-year-old’s future is looking bright. Lee just signed with On Muse, a Malaysian entertainment company geared towards promoting local talents to the China market. She managed to release two singles, Say and Mama, while juggling responsibilities at school.

At six, Mia holds the record as the youngest winner at FFM. Her 2011 Best Child Actor win for Sekali Lagi earned her a place in the Malaysia Book Of Records. Mia made her acting debut when she was five in the telemovie, Adamaya. Her acting talent was undeniable and the industry took notice. A slew of telemovies followed before she starred in her first feature film, Nur Kasih The Movie, and a month later, Sekali Lagi. She picked up another FFM Best Child Actor nomination for Lagenda Budak Setan 3 in 2015. Now 12, we can’t wait to see what she does next.

It’s amazing how Aubrey plays Lily Tucker-Pritchett in Modern Family perfectly – conveying her character’s wit, smarts and curiosity with just the right touch of cuteness. The 10-year-old is the daughter of Korean-American Amy Anderson – a stand-up comedian and actress – and media entrepreneur Kent Emmons. Besides working on Modern Family, the Californian also co-hosts a YouTube segment – FoodMania Review – with her mother Anderson, which sometimes features her Modern Family co-stars.

Since bursting into the film industry with a role on the live-action and animated 2013 comedy The Smurfs 2 at seven years old, Tremblay has been unstoppable. In 2015, Tremblay caught the world’s attention for his portrayal as the little boy who was born and raised in a shed, unable to experience life in the outside world in the harrowing Oscar Best Picture contender Room. His performance earned him a Best Supporting Actor nomination at the Screen Actors Guild Awards. The 11-year-old actor curently stars opposite Julia Roberts in the inspirational drama Wonder. He will be a part of another high-profile project, the fourth instalment of the Predator film series, The Predator, out next year.

In 2012, Mazouz was 11 years old when he got the part of Jake Bohm in the Kiefer Sutherland starrer Touch. It was a complicated role – Jake is an emotionally challenged kid who can see future events, but is unable to communicate in a conventional way. The series lasted only two seasons but Mazouz got another gig soon after, as young Bruce Wayne in Gotham (2014) – yet another complicated role. Gotham is currently in its fourth season, and Mazouz is now 16 years old. In those years, audiences have not only seen Mazouz grow in strength as an actor, but it’s quite exciting to reach the stage where he finally goes from being a helpless orphaned child to a vigilante in a Batsuit (well, kind of ... it’s just a leather jacket and a mask, but still something). 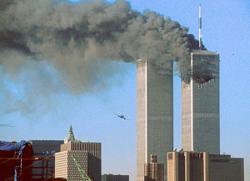