This is zero point, a game in which players jump over a rope (traditionally made of rubber bands) held at varying heights.

While the smartphone generation are busy downloading games, there are many simple and fun traditional games like congkak, batu Seremban and galah panjang that don’t require electronics or a WiFi signal.

What’s more, these games have long been an integral part of growing up Malaysian.

With Malaysia Day celebrations coming up, several mothers are making the effort to introduce their children to the games they played during childhood. These games embody the spirit of multiculturalism that is integral to the country.

Galah panjang is an outdoor game of strategy, while congkak is a strategy game played with a wooden board and small stones or marbles.

Sepak bulu ayam is a game in which you continuously kick a feathered shuttlecock (capteh) to keep it in the air, and nenek si bongkok tiga has the blindfolded “grandmother” trying to guess who each player is.

This is zero point, a game in which players jump over a rope (traditionally made of rubber bands) held at varying heights.

“In school, my friends and I used to play all sorts of traditional games. The best thing about these games and sports is that people remember the fun of playing them and not the races of the people who played,” says the mother-of-two at a recent interview.

Norlin adds that these games also help improve the children’s attention spans, while face-to-face interaction strengthens the bonds among friends.

“The kids are having so much fun learning to play these simple games. There are no complicated rules and no download time is required. Instead of the sterility of air-conditioned indoor spaces, children get to play in parks and sweat it out,” says the fortysomething former journalist.

Mother-of-one Lim Siew Ann, who is in her 30s, has been teaching her daughter, Isabel Lauren Sekhar, 10, how to play batu Seremban (aka five stones).

The homemaker recently stitched her own tiny cloth sacks for the game, made from old rags and filled with uncooked rice grains, to make her own batu Seremban.

“As a young girl, I loved to play batu Seremban with my friends. We would play using pebbles, bottle caps and hand-stitched bags filled with either rice or green beans. It is important to pass down these traditional games as they are part of our history, culture and heritage.”

“Malaysia is made up of many cultures and traditions. With each culture comes an array of instruments – the Indians have the sitar, the Chinese, the pipa and the Malays, the rebab and gamelan.

“Thanks to our multicultural society, our children can learn different instruments and gain an understanding of their cultural significance,” says Lim, a former lawyer.

Star Media Group’s Raise The Flag campaign, conceived to strengthen national pride among Malaysians, will run until Malaysia Day on Sept 16. To take part in the campaign, use the cut-out templates published in The Star to create a flag and "T-shirt". Pose with the flag and decorated T-shirt for a photograph and post it on social media with the hashtag #RaiseTheFlagMY. You can also share your photo at facebook.com/raisetheflagmy.

If yours is among the best poses, you could win prizes such as staycations and dining vouchers. Submissions with at least 15 people "wearing" the T-shirts and waving the flags stand to win a RM4,000 buffet for 100 people from Original Kayu Nasi Kandar; winning group school entries will receive Pizza Hut vouchers.

If you missed the templates already published in the newspaper, look out for a special issue of The Star on Sept 14. 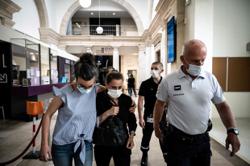 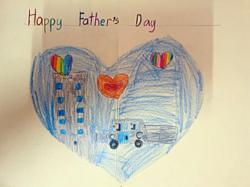