Lung abnormalities in babies are rare but they could happen. Photo: Reuters

Lung abnormalities, although rare, can develop in newborn babies.

There is a spectrum of conditions that can occur to the lungs of these babies, which is dependent on when the abnormality occurs in the developing lungs of the fetus while in the womb.

The second type is Congenital Lobar Emphysema (CLE), which are over-inflated parts of the lung.

This happens when there are floppy lung tubes that preferentially allow inhaled air to enter that portion of lung, but don’t facilitate it leaving easily. This is much like a partial one-way valve, hence, that part of the lung is constantly filled with air and has poor function for gaseous exchange.

The final major type of abnormality is called lung sequestration. This is when there is an extra lung being formed in addition to the left and right main lungs.

This extra lung is often solid and not connected to the airway. However, it may have large blood vessels feeding it. The problem arises when the extra lung “steals” blood from the main artery (aorta), therefore reducing blood supply to the rest of the body.

With the more sophisticated ultrasound scanners that obstetricians have at their disposal, increasingly more anomalies are being identified in babies whilst still in the womb.

This literally opens a “can of worms” in our decision-making for such babies once they are born.

Before the advent of such scanners, we had to address conditions when the baby or child presented with symptoms. In the case of a lung anomaly, this would be in the form of lung infections or breathing difficulties.

Once there are symptoms, it is easy to decide to offer surgery to remove the abnormal lung part. 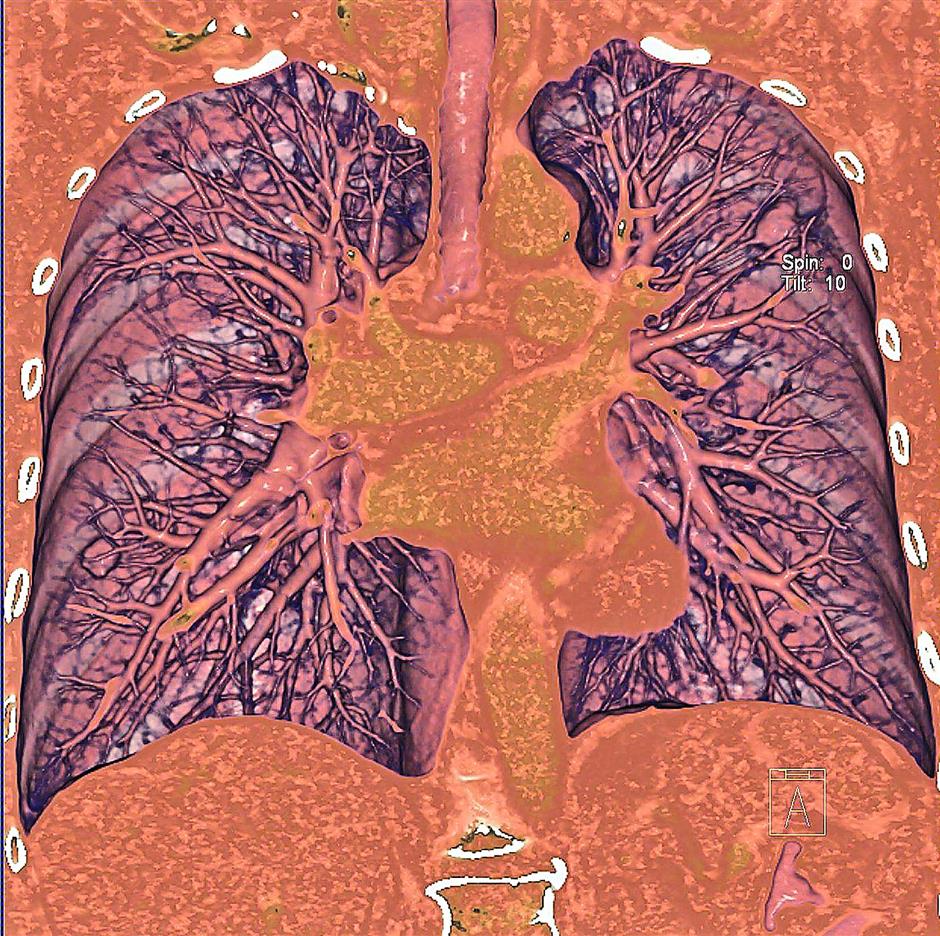 With more sophisticated ultrasound scanners that obstetricians have at their disposal, increasingly more anomalies are being detected in babies whilst they’re still in the womb. Photo: Filepic

However, now that we have identified all these anomalies antenatally, for a child with no symptoms, we have to rationally decide when to offer surgery or to leave the abnormalities alone.

Over the past few years, the reported incidence of lung anomalies has increased to one in 5,000 births due to the higher pick-up rate in the antenatal period.

So, what are the risks to the baby or child, and what are the indications to do something about these lung conditions?

Each condition predisposes the child to different complications.

Firstly, we will discuss CPAM. Mucous is constantly being produced by the airway, and in instances where the CPAM is mainly cystic, mucous can pool in these cysts and get colonised by bacteria, resulting in severe lung infection.

This infection risk is in the order of 5% to 10% in the first couple of years.

In addition, large or multiple cysts can fill up with air and compress the normal parts of the affected lung, or even both lungs. This can also happen if the CPAM is predominantly a large solid type.

The compression will make it very difficult for the child to breathe and requires urgent treatment.

The other significant complication is the development of cancer in the CPAM. The earliest reported case of cancer in a child with CPAM is one month of age, though the vast majority of cancers that develop in CPAM lungs is in late adulthood.

The risk of lung cancer with CPAM is now thought to be approximately 5%.

These cysts are also prone to bursting, especially in flights at high altitude. And considering the fact that taking a flight now is like taking a bus ride, it is highly likely that most people would experience plane journeys in their lifetime.

If a cyst bursts in flight, this will cause air to leak into the chest cavity and compress one or both lungs, or even the heart.

The ability to breathe can rapidly deteriorate. This can be fatal if not treated immediately. If this happens on a flight, it will require an astute doctor with the skills of MacGyver (from the 1980s tv series MacGyver) to insert a tube into the chest to release the air to save the person’s life.

CLE, meanwhile, has a tendency to get bigger within the first six months of life with progressively more air being trapped in that portion of the lung.

When this happens, the expanded abnormal part can compress on the normal part of the lung or both lungs and make it progressively harder for the child to breathe.

Very rarely, CLE can get smaller with age.

The problem with sequestration of the lung is the “vascular steal” (blood diverted to the extra lung from the aorta) as mentioned previously, which can make the heart work harder, leading to complications later in life.

Generally, once a lung abnormality is identified during the antenatal period, it is unlikely that they will disappear before or after the child is born.

It is highly recommended that these children get a CT scan at three months of age if they have no lung symptoms (but immediately, if they have symptoms). This is to confirm the existence or otherwise of the antenatally-detected abnormality and to assess its severity.

If the child has symptoms, it is likely that surgery will be required to remove the abnormal part of the lung.

The lung has an ability to regrow if the surgery is performed within the first two years of life (earlier surgery has better potential for regrowth). This is much like a household lizard that has lost its tail – it can regrow the lost part.

In the case of CPAM, the current recommendation is to remove the affected part of the lung if it contains large cysts. CPAMs made up of large cysts have a higher tendency for complications, as mentioned earlier.

The same treatment applies for CLEs that are enlarging.

Sequestration with a high blood flow into the extra lung may require obstruction of its blood supply to prevent complications with the heart. This can be in the form of surgery to remove the extra lung completely or to “embolise” the blood vessel feeding the extra lung.

Embolisation or deliberate clogging of the blood vessel is a minimally invasive procedure, much like an angiogram done for patients with heart disease.

If surgery is deemed necessary to remove an abnormal portion of the lung, it is recommended to be done when the child is under one year of age to allow for later lung growth.

Although it is a major procedure, most large centres throughout Malaysia are performing these procedures (lung lobectomy) safely.

It is important that babies who are found to have lung abnormalities during their antenatal scans be followed up with CT scans once they are born.

Parents should discuss the potential risks of their child’s lung abnormality with a paediatric surgeon to find out if the abnormal part of the affected lung needs to be removed.