Though Tom Cruise doesn't receive a Best Actor nomination, 'Top Gun: Maverick' has six nominations. Meanwhile, 'Blonde' isn't loved by many, but Ana De Armas performance in it is something else. Photos: Handout

Oscar nominations arrived Tuesday (Jan 24), and the sounds you are hearing around town right now range from the chosen few buzzing the tower in celebration to the dull thud of disappointments being flung against a wooden door a la The Banshees Of Inisherin, though, hopefully, without the need for bandages or infantile acts of revenge.

Of course, in an Oscar multiverse, everyone’s a nominee and nobody came away from the nominations announcement feeling like they were on the receiving end of a Babylon elephant’s bowel distress.

In this reality though, the morning brought its fair share of surprises, pleasant and otherwise. There were also omissions, which, for the sake of alliteration and search engine optimisation, we’ll call “snubs,” though voters probably didn’t intend any ill will, unless you were the filmmaker who wrote and directed that elephant scene, in which case, it was entirely personal.

But that’s the exception, not the rule. Meanwhile here are the “snubs” and surprises for the 95th Academy Awards, which will be handed out on March 12, a date so far away that it feels like a surprise and a snub in and of itself.

To be fair, I don’t think anyone – even Cruise himself – thought he’d earn an Oscar nomination for playing Capt. Pete “Maverick” Mitchell in a sequel to an action movie made 36 years ago.

But because the lead actor field wasn’t crowded with contenders from high-profile pictures, many thought Cruise could sneak in and earn his first nod since 1999’s Magnolia.

He did pick up a nomination for producing Top Gun: Maverick, which was recognised for best picture. Is that reason to jump up and down on the couch? Kind of ... right?

Andrew Dominik’s nightmarish look at the tragic life of Marilyn Monroe was miserable, ghoulish and tasteless ... but De Armas seamlessly portrayed the screen legend with such command and empathy that you could almost forgive the misguided approach.

Acting branch voters find it hard to resist performances based on well-known figures (Lydia Tár was real, right?), so even with the brutal reviews, De Armas had a built-in advantage.

Lauded out of Telluride and feted subsequently at the Toronto and New York film festivals, Sarah Polley’s breathtaking drama seemed to lose steam once the fall fests ended.

Admittedly, its story – a group of Mennonite women must decide whether to leave the community after discovering they’ve been drugged and sexually assaulted – was a hard sell ... unless you’ve seen the film.

And then Women Talking becomes a movie you want everyone you know to see. The strong word-of-mouth carried the day.

I guess he’ll just have to be content with the US$2bil in box office and the knowledge that he pushed the digital realm of the art form forward in a way that only he could.

Hirsch’s powerhouse explanation of The Fabelemans' theme – “Family, art, life – it will tear you in two!” – gave us one of the year’s best scenes.

But after early festival raves – the audience at its AFI Fest premiere applauded loudly when the scene ended – there was a sense that Hirsch simply wasn’t in the movie long enough to earn a nomination.

Fact is, he stole the movie. And, it would seem, voters hearts as well.

Henry is one of those actors who elevates everything he’s in, and his work opposite Jennifer Lawrence in this moving Apple TV+ drama was no exception.

Playing an auto repair shop owner trying his best to deal with a tragic past, Henry strongly communicates the character’s pain and humanity without words.

What’s left unsaid lingers. And it did for voters.

Perhaps the greatest grassroots campaign in Oscar history, Riseborough’s team enlisted the help of dozens of A-list actors to stump for her searing turn as an addict in To Leslie, a movie that premiered in March at South by Southwest and grossed US$27,000 in its brief theatrical run.

Amy Adams moderated a virtual screening not long after a similar event moderated by Kate Winslet, who gushed: “You should be up for everything. You should be winning everything. Andrea Riseborough, I think this is the greatest female performance on screen I have ever seen in my life.”

Hyperbole? Yes! But Riseborough has been revered by her colleagues and critics for years, and this late-breaking push tapped into that love just as Oscar voting began.

After being savaged at fall film festivals, Alejandro G. Inarritu recut Bardo, removing around 20 minutes from the original 184-minute movie.

But the early negative reviews, combined with the film’s still leisurely running time, must have scared away some voters from giving it a proper look.

You know he’s Irish. You sighed over his vulnerability and openness in Normal People.

Maybe you knew he was 26, which makes him four and a half years younger than fellow first-time nominee Austin Butler.

That youth and the relatively low profile of Charlotte Wells’ aching Aftersun made me think he’d be an outsider when nominations landed.

But Mescal gives such a raw, tender performance in the movie that he’s impossible to ignore. – Los Angeles Times/Tribune News Service 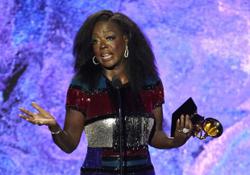 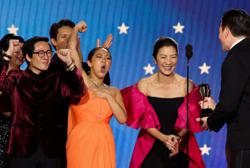