Adele's fans certainly have not been easy on her. Photo: Handout

Adele's fans certainly have not been easy on her.

The Easy On Me singer, 34, has had a strained relationship with her supporters since January after she announced the postponement of her Las Vegas residency just a day before the first show.

The "Weekends With Adele" shows, taking place at the Colosseum in Caesars Palace, were supposed to run from January through April.

Fans quickly met her with backlash for the last-minute decision, especially when many had already made accommodations or were already in Sin City.

Speaking of the criticism, Adele said on BBC Radio 4's Desert Island Discs Sunday (July 3) that she was a "shell of a person for a couple of months" after letting fans down.

"I definitely felt everyone's disappointment," she said. "I was devastated and I was frightened about letting (fans) down and I thought I could pull it together and make it work and I couldn't."

Despite the last call, Adele said she had no regrets. "You can't buy me," she told Desert Island Discs host Lauren Laverne.

"I'm not just going to do a show because I have to or because people will be let down or because we're going to lose loads of money. The show's not good enough."

The British singer noted that she could be on social media every day assuring fans that she's still working on the show, but there aren't many updates to give.

"Of course, I'm working on it! I'm not gonna update you if I ain't got nothing to update you with because that just leads to more disappointment," she said.

"Maybe my silence has been deadly," Adele said. "The reaction was brutal."

The 30 album artiste said it took her time to "grieve the shows and get over the guilt," but she's at peace knowing she made what she believed to be the right call.

Adele said the backlash was likely amplified because no other artiste would do what she did. 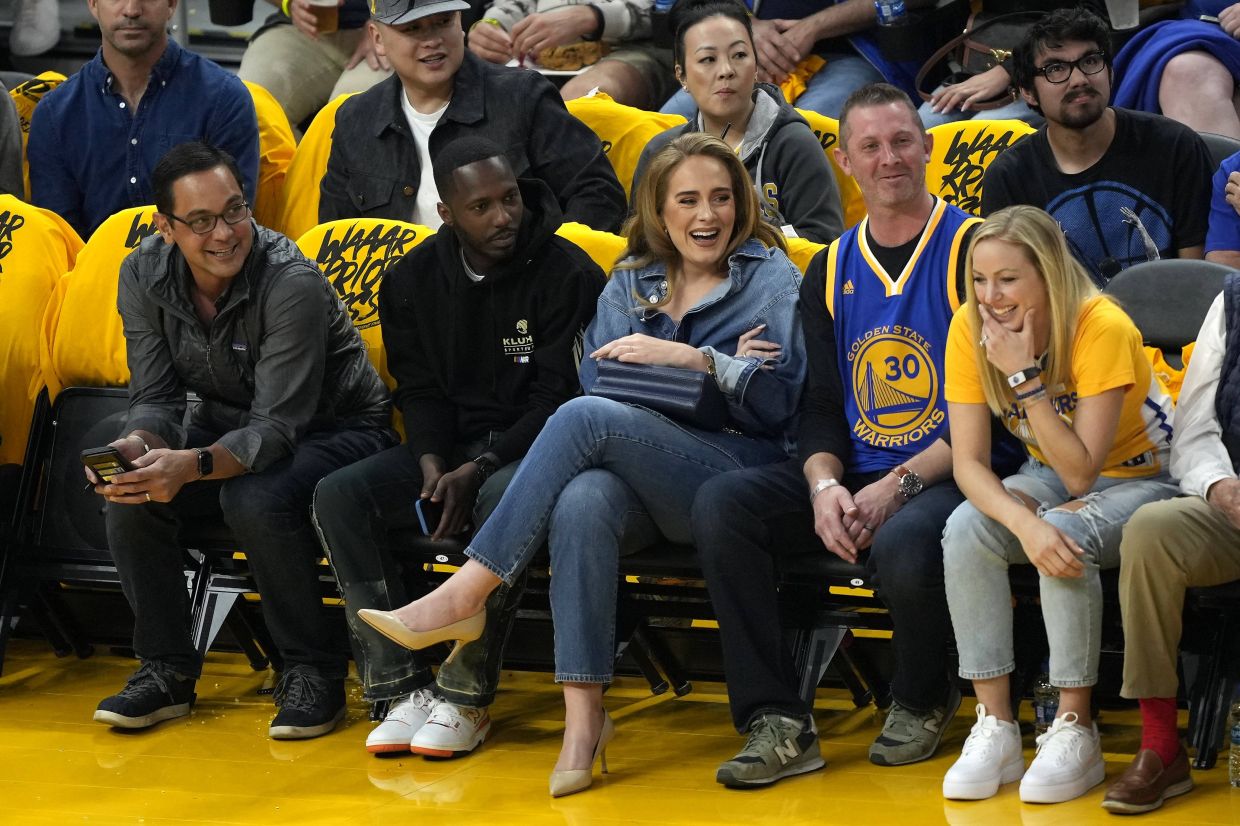 Singer Adele attends Game Two of the 2022 NBA Playoffs Western Conference Finals between the Golden State Warriors and the Dallas Mavericks at Chase Center on May 20, 2022 in San Francisco, California. Photo: AFP

The singer postponed her Las Vegas residency because of Covid-19-related production delays, she announced a day before her first show was set to kick off.

"I'm so sorry, but my show ain't ready," Adele said in a tearful video posted to Twitter. "We've tried absolutely everything that we can to put it together in time and for it to be good enough for you, but we've been absolutely destroyed by delivery delays and Covid – half my crew are down with Covid, they still are – and it's been impossible to finish the show."

"I'm so upset, and I'm really embarrassed and I'm so sorry to everyone that's traveled," she added.

Ticketholders remain trapped in a show-postponement purgatory. Those who bought tickets via third-party sellers are unable to apply for refunds because company policies won't allow it until the concerts are officially cancelled or rescheduled.

And reselling isn't an option because new dates have not been announced.

There's also the ancillary financial sting: the hundreds and thousands of dollars spent on travel to Vegas, food and lodging.

Adele later said on The Graham Norton Show in February that she show would have been a bigger disappointment to fans in its current state.

"People will see straight through me up onstage, being like, 'She doesn't want to be doing this,' " she said. "I've never done anything like that in my life, and I'm not gonna start now."

Adele once again hit a sour note with some fans after she announced in June that she would be performing at British Summer Time Hyde Park in London, which took place July 1 and 2.

The singer said the "all female bill" would "blow (fans') socks off".

"It's going to be incredible, there's a whole host of us performing all day," Adele captioned the post. "I can't wait to share the main stage with you ladies."

As of publication, no new dates or updates on the residency have been posted to Adele's official website. – USA Today/Tribune News Service