Marilyn sued his former fiancee, 'Westworld' actor Evan Rachel Wood over her allegations that he sexually and physically abused her during their relationship. Photos: AP

Marilyn Manson sued his former fiancee, Westworld actor Evan Rachel Wood, on Wednesday (March 2) over her allegations that he sexually and physically abused her during their relationship.

The lawsuit filed in Los Angeles Superior Court alleges that Wood's allegations were fabricated, and that she and another woman named as a defendant, Illma Gore, used false pretenses including a phony letter from the FBI to convince other women to come forward with sexual abuse allegations and coached them on what to say about Manson, whose legal name is Brian Warner.

The lawsuit, which claims defamation and intentional infliction of emotional distress, says Wood publicly cast Manson "as a rapist and abuser – a malicious falsehood that has derailed Warner’s successful music, TV, and film career.”

Wood and Gore have not yet filed a response to the lawsuit.

An email to representatives of Wood seeking comment was not immediately returned.

Manson and Wood revealed they were a couple in 2007, and they were briefly engaged in 2010 before breaking up.

In 2017, when the #MeToo movement gained momentum, Wood said she had been raped and abused, and she gave testimony to a Congressional committee in 2018, both without naming anyone.

Then in an Instagram post in February of 2020, Wood named Manson, saying he "horrifically abused me for years.”

Manson was dropped by his record label.

Several other women came forward with similar allegations. At least three of them filed lawsuits.

And police began an investigation of Manson.

An HBO documentary on the allegations premieres March 15. 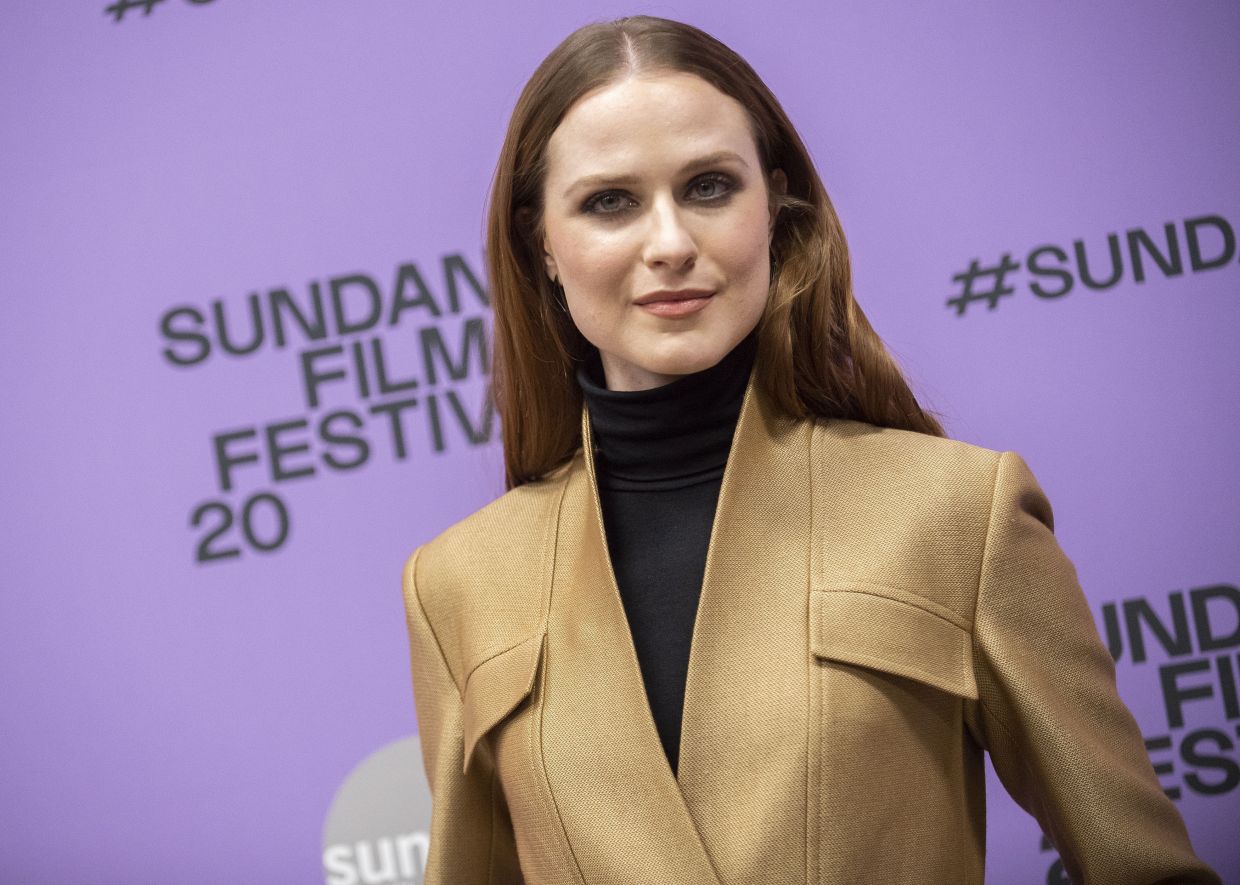 Evan Rachel Wood and Marilyn Manson broke up in 2010.

The lawsuit filed Wednesday says that Wood had only glowing things to say about Manson during their relationship, and she said nothing of his abusing her for 10 years until she met Gore, an artist whom the lawsuit describes as Wood’s on-again, off-again romantic partner.

It alleged that Wood and Gore engaged in a conspiracy that "recruited, coordinated, and pressured prospective accusers to emerge simultaneously with allegations of rape and abuse against Warner, and brazenly claim that it took ten or more years to 'realise' their consensual relationships with Warner were supposedly abusive.”

The lawsuit says the women impersonated and forged a letter from a real FBI agent to create the false impression that women and their families were in danger from Manson, who was under federal investigation.

It alleges they provided checklists and scripts to prospective accusers, describing claims to make and how to make them.

Copies of the letter and the lists are included as exhibits in the lawsuit.

It also alleges the women hacked Manson's email, phone and social media accounts, created a phony email to manufacture evidence that he was emailing illegal pornography, and "swatted” him, using a prank call to send authorities to his home and draw further attention to the allegations.

The lawsuit says that some women who were contacted refused to take part because they were being asked to say things that were untrue.

"This detailed complaint has been filed to stop a campaign of malicious and unjustified attacks on Brian Warner," Manson's attorney Howard King said in a statement. Wood has not taken legal action against Manson.

Game Of Thrones actor Esme Bianco and Manson's former assistant Ashley Walters have sued him based on their sexual abuse allegations.

The Associated Press does not typically name people who say they have been sexually abused unless they come forward publicly. – AP