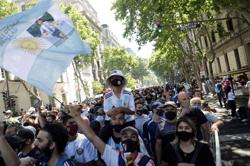 Just for Laughs founder Gilbert Rozon walks the hall of the courthouse as he arrives for the beginning of his sexual assault trial in Montreal on Tuesday, Oct 13, 2020. Photo: AP

After being delayed in June due to the coronavirus pandemic, the trial is expected to last all week.

Rozon, 65, was charged in December 2018 for events that allegedly occurred in 1979 involving a victim whose identity was not revealed. The Quebec public prosecutor's office did not file charges from 13 other alleged victims.

Nine women went public in October 2017 with allegations of sexual misconduct by Rozon, triggering a shockwave in Quebec hard on the heels of the revelations targeting disgraced Hollywood mogul Harvey Weinstein and at the peak of the #MeToo movement.

Rozon founded Montreal's prominent "Just For Laughs" comedy festival and was a jury member on the competition show France Has Incredible Talent, France's answer to America's Got Talent.

His alleged victim at the trial was 20 years old on the night in question. She had gone to a club with Rozon, whom she knew.

Before he took her home, he said he needed to get some papers from his secretary's house, which is where the assault took place, the plaintiff said Tuesday.

"He threw himself on me," she said, explaining that Rozon had tried to kiss her before raping her a few hours later, according to the account of her testimony given by the television channel TVA.

Rozon, who denies the accusations, pleaded not guilty and indicated he intends to testify.

"We've been waiting for this moment for a very long time and I won't hide from you that we're a little anxious about the outcome of this trial. But at the same time this is what we wanted. He has to be brought to justice," Quebecois actress Patricia Tulasne, spokeswoman for Les Courageuses (Brave Women), told reporters.

Les Courageuses is a group of women all of whom say they are victims of the fallen producer, who has "at least 20 victims over a period of 34 years, from 1982 to 2016," an accusation that Rozon firmly refutes.

The group filed a class action lawsuit against Rozon seeking damages, which was dismissed by the Quebec Court of Appeal in January.

Three years ago, in the wake of the accusations against Rozon and Weinstein, French television channels M6 and C8 removed from air the shows Rozon had worked on.

Comedy group Just For Laughs, in crisis following the allegations against its founder, was bought in March 2018 by Los Angeles-based talent agency ICM Partners and Canadian comedian Howie Mandel. – AFP 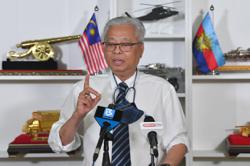